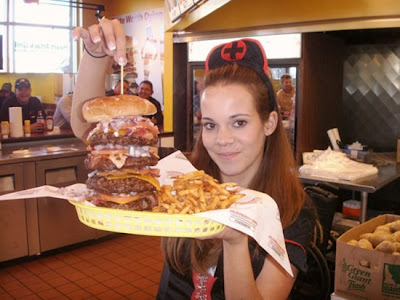 Taste worth dying for!
That’s the motto of Heart-Attack Grill, a restaurant that prides itself on offering its customers probably the fattest, most dangerous food they’ll ever eat. But, like we all know, the greasiest food is also the tastiest. Heart-Attack Grill’s menu includes the simple, double, triple and quadruple Bypass Burgers, Flatliner Fries (deep-fried in pure lard), Jolt Cola and no-filter cigarettes. 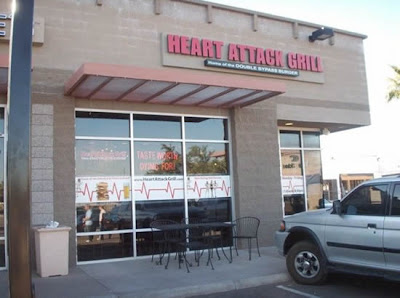 If you want to put your life on the line to experience the heavenly taste of fat food, all you have to do is travel to Chandler, Arizona, where Heart-Attack Grill is located. 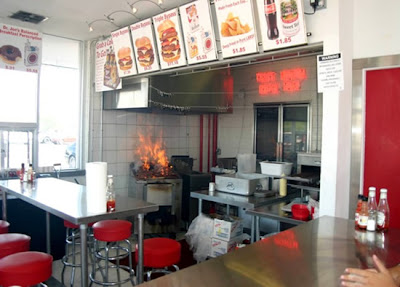 A SEXY SERVICE : Mass Media and General Public alike have become absolutely captivated by SURGEONS and NURSES who treat customers as PATIENTS. Their outlandish performances include complimentary wheelchair rides for Patients who undergo their more invasive procedures such as theTriple Bypass Burger. 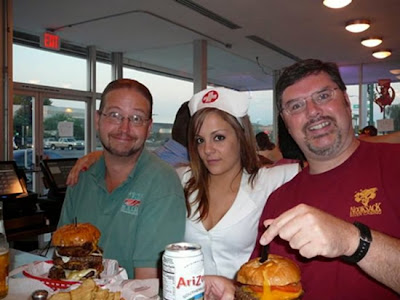 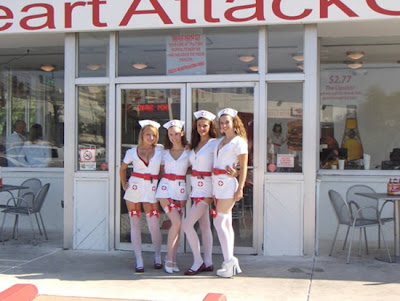 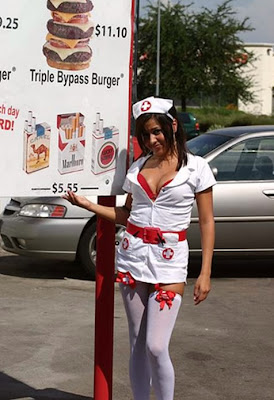 In case you do get a heart-attack, there are nurses in the restaurant, the only problem is they have no medical training, they just serve the food and look very hot, but that’s beeter than nothing right? 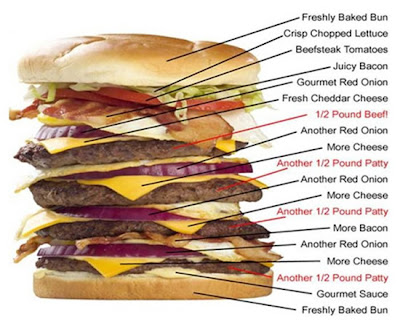 I can definitely tell which sector of the American population this restaurant caters to.

This is the one place that diabetics, vegans/vegetarians and general health freaks will NOT be frequenting. :-P

How would you even fit that burger in your mouth??? that looks revolting.

they need to shut this place down!!

America: welcome and enjoy your stay

OMG that burger looks awesome! Not to mention the staff!! Ignore the pussies who posted above! You can't take it with you boys, live hard. Die free :-)

Sheeesh people. learn to enjoy life and food out there, 1 massively large fatty burger in your life isnt going to kill you.

What a stupid thing to say, shut it down? What ever happened to freedom of choice?Who are you to decide what others will eat or go or anything. If you don't like it just don't go.
Its called freedom and I am watching as more and more of it is being taken away

Wow, you don't think vegans will be frequenting the place, Kathryn? Whatever would leave you to believe that? Your deductive reasoning is formidable.

This place is designed to grab headlines and stir up some media fuss. Why shut it down? It caters to tankass rednecks who want to chug lard and smoke unfiltered cigs. Anything that helps them kill themselves faster is totally fine by me!

Ya big babies. This is an American burger!
I eat healthy the rest of the year. This would be an incredible yearly pilgrimage. I already know I can eat a half dozen In & Out burgers so this wouldn't be a stretch. (No, I'm not overweight and I don't have a heart condition).

Ya big babies! This is the American dream of abundance.
I can eat a half dozen In & Out burgers so this wouldn't be a stretch. After eating healthy the rest of the year, what's the big deal? (no, I'm not overweight nor do I have a heart condition)