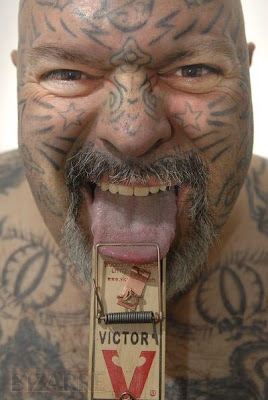 Meet the man who ran away from the circus to become a lawyer - Eak the Geek!
For the average law student, the thought of spending time sleeping on a bed of nails rather than revising for your bar exams might sound like lunacy. But Eduardo Arrocha – a first year student at the Thomas M Cooley Law School in Lansing, Michigan – is anything but average. 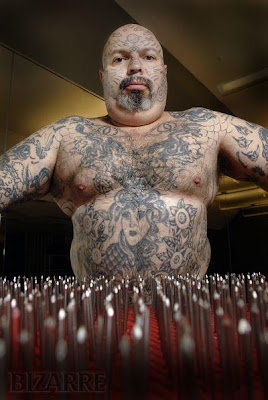 Better known as Eak The Geek, for 15 years the 45-year-old tattooed wonder was a performer at the Coney Island Circus Sideshow in New York, under the monikers The Pain-Proof Man and The Man Who Tattooed His Face Like Outer Space. His act involved walking on broken glass or inviting audience members to stand on his chest while he was sandwiched between two beds of nails, and these incredible skits were punctuated by poetry readings and lectures on the importance of diversity. 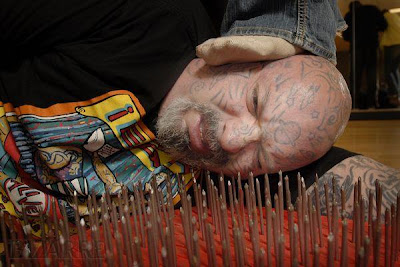 But Eak’s ditched his life on stage in favour of the classroom. And armed with a bachelor’s degree from New York’s Marymount College, he’s packed up his bed of nails and moved to the land of the Great Lakes to pursue a brand new career. 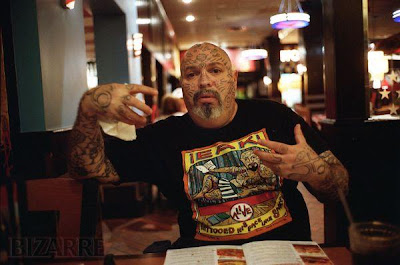 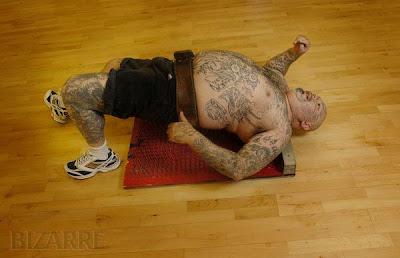 The first term at law school is intense for any student – but in addition to the typical rigours of classes and studying, Eak has endured instant celebrity status and the stares of his fellow pupils.

“It was hard at first because I got way too much attention,” he says. It was inevitable that people in a blue-collar town would be interested in someone with tattoos of stars and planets covering his face. The local paper made sure everyone noticed Eak by running a front-page story the moment he hit town. Some students already knew Eak from Coney Island, but it still took time for the shock to wear off.

“Going to the mall was strange at first,” he says. “The people in Lansing had never seen anybody like me. They freaked out! They weren’t nasty – just really shocked.” 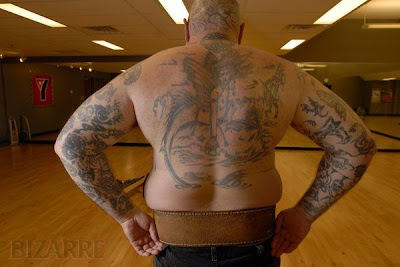 Eak’s career is now firmly in the legal field. When he first considered law school, he assumed his tattoos would prevent him from making the leap to academia. However, he later realised his galaxy of ink gave him an opportunity to do something unique. 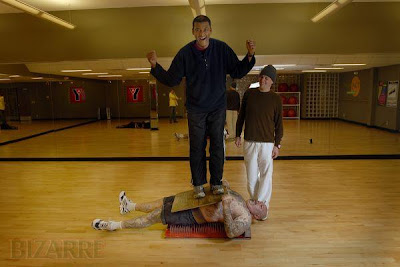 “If you’re as tattooed as I am, you’re not really a trailblazer in the sideshow,” Eak explains. “If you look the way I do, it’s no surprise you do that kind of work. That’s what people expect. But if you look like me and you’re in law school, then that’s a real surprise.” 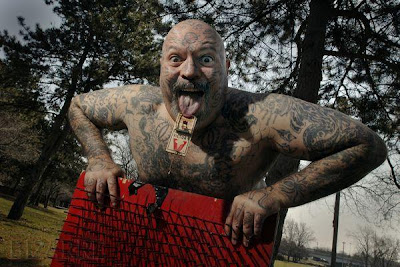 In fact, changing that perception might be a bigger victory than any he’ll achieve in the courtroom. Once he qualifies and begins to practice as the world’s most tattooed lawyer,Eak would like to work with the alternative community and offer representation for business or housing needs. “In New York you meet so many weird-looking people who are incredibly successful, but aren’t part of the mainstream,” he says. “They get snubbed a lot.” 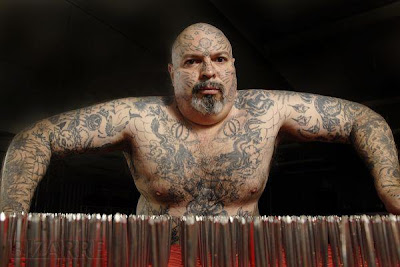 But first he’ll need to get through the rest of law school, which will be a daunting task unlike any other he’s faced: “It makes the sideshow look like a piece of cake. It’s the most bizarre thing I’ve ever done in my life. Now I tell people I went from one freakshow to another.”

In short : You must be thinking  about that this guy belongs in a circus!” And he actually was a part of the Coney Island Circus Slideshow, in New York, where he was known as Eak the Geek, The Pain-Proof Man or The Man Who Painted His Face Like Outer Space. His acts included walking on broken glass, or asking people to walk over him as he was sandwitched between two beds of nails.

Source
Visit 13above For More Fun
Posted by Editor John at Monday, October 27, 2008