Kelly Katrina HIldebrandt and Kelly Carl Hildebrandt are now tying the knot, after she found him on Facebook...!! 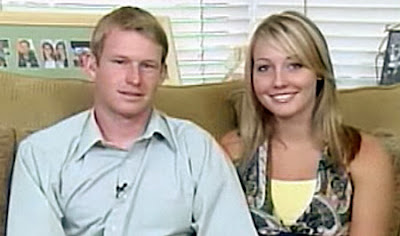 Facebook is a social network designed to connect people and link them together whether they be friends, business associates, family or potential couples. It’s an unusual way how this couple met, but we are happy for the newly weds and hopes their Facebook found love lasts a lifetime. 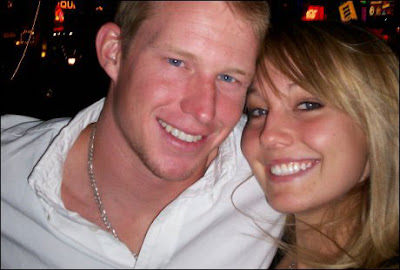 According to the Associated Press, it all started when the 20-year-old Kelly Katrina Hildebrandt was up one night, curious to see if anyone shared her name.

When she found only one match, 24-year-old Kelly Carl Hildebrandt from Lubbock, Texas, she had no idea he would turn out to be her soul mate.

Kelly Carl Hildebrandt found Kelly Katrina to be “pretty cute” after reading the first message she sent him that reportedly read, “Hi. We had the same name. Thought it was cool.”

Although the Kellys were hesitant to date at first concerned they might be related some how, the two kept in touch exchanging emails. Pretty soon they were calling each other daily on the phone talking for hours.

Three months went by, and Kelly Carl went to visit her in Florida. It was around then that Kelly
Carl says he “fell head over heels” for Kelly Katrina, according to the AP.

Kelly Katrina Hildebrandt told the Associated Press that the other Kelly had all of the “certain qualities that a guy has to have,” including all the ones she was looking for, naturally.

The couple has scheduled an October wedding, where they are expecting around 100 guests to come celebrate their newfound love at South Florida’s Lighthouse Point Yacht & Racquet Club.

Following the wedding, Kelly Katrina plans to continue working toward a degree at a local community college, while he works in financial services. Their home will be in South Florida.

Confusion tends to dog this same-named couple, who had a little bit of trouble already when their travel agent disregarded one of the Kellys ticket, thinking it was a duplicate. The cruise vacation was nearly canceled from the misunderstanding.

Wedding invitations were a bit of a problem as well, as the couple tried to determine how they would establish which Kelly was which. In the end, they decided to include their middle names.

The Hildebrandt couple has ensured everyone that the name Kelly will not be carried down to their future children. Kelly Katrina Hildebrandt rules out the idea saying to the AP that they are
“definitely not going to name [their] kids Kelly.”

Congratulations Kelly Hildebrandt. Both of you!

Technology has reached to the point that people can really find their match online by the click of the mouse and sound of the keyboard. You can choose from many matrimony sites online services. Go find your match!

Sites for match making and matrimony can be helpful to individuals who have no other means and time to look for partner offline. The benefit they can get is worth it. A compatible match can be at hand and offshore. Because of the internet technology the world becomes a smaller place to find someone capable of dating and loving you online.