Most Notorious Murder Case In The State's History

Alex and Derek King were arrested in November of 2001 for the brutal murder of their father, Terry King. The sick story became even more twisted when it was revealed that the kids’ neighbor Rick Chavis had convinced them to commit the murder of their father so that he could continue a sexual relationship with the younger brother. 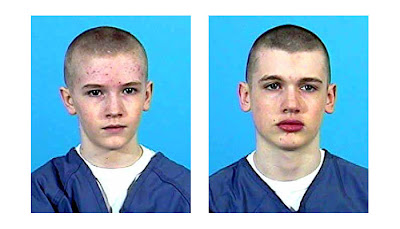 Rick Chavis was supposedly a friend of Terry's, but was later discovered to be having a sexual relationship with the younger King brother, Alex. Rick Chavis a known pedophile was accused of enticing the two boys into murdering their father based on his desire to have Alex in a long term relationship. His motive was to get the father out of the picture so he could indulge full fledged into the relationship.

Alex and Derek had been born into a family of major controversy. Terry king was living with Janet French. Janet French, the mother of Alex and Derek, also had twins by another man while living with Terry. Terry was taking care of the entire family including the twins. He and French parted ways in 1992. She and the children however, continued to live with and be supported by Terry. 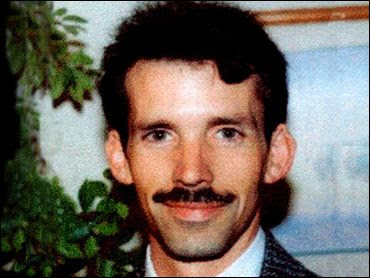 Due to financial problems, Alex and Derek were sent to live with foster parents. Alex for only a
few months, and Derek for six years. Janet French with the twins moved out of the home at the same time. Terry's commitment was to get his financial situation improved and regain custody of his sons. Terry tried to maintain a strict disciplinary environment while his sons were with him. This may have been the reason for his murder. Seven weeks after Derek began to live with his father again, Terry was murdered.
The two boys soon confessed that they had killed their father. Alex claimed that he had thought
up the bizarre plan, and Derek said that he had been the one who had swung the bat. They were
worried, they said, that their father was going to punish them for having ran away from home 10
days earlier. It turned out that they had been staying at the home of their dad’s friend, Chavis,
a convicted sex-offender, for many of those ten days. It was later shown that Chavis had allowed them to hide in a back room of his trailer home when their father had come looking for them. Chavis had been convicted in 1984 of molesting three boys of varying ages. According to Alex’s testimony before a grand jury and to letters that he had written, he and Chavis had entered into a sexual relationship. 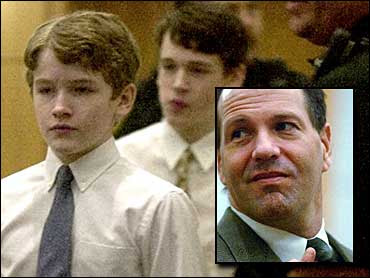 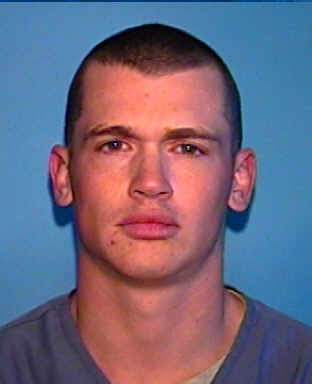 “My ultimate goal in life now is (to be) what he is,” Alex wrote. “It is about sharing your life with someone else. Before I met Rick, I was straight, but now I am gay.” 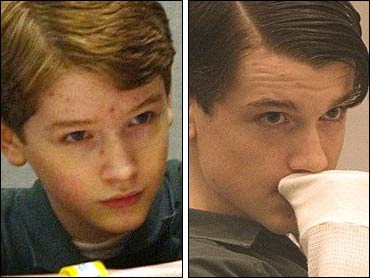 "Alex suggested that I kill dad. I murdered my dad with an aluminum baseball bat. I set the house on fire from my dad's bedroom."
-- Derek King, 14

Assistant State Attorney David Rimmer, who prosecuted both trials, said he thought the panel in
the boys' case had ignored the allegation they wielded the bat and simply gave the boys a “jury
pardon” by convicting them of the lesser offense.

The jurors “know good and well he was killed with a weapon,” Rimmer said. “That's a jury pardon.

That's OK, I don't have a problem with that.”

The jury forewoman said that wasn't the case, that the panel believed neither boy swung the bat
but rather that Chavis carried out the slaying. The jurors did not know that Chavis already had
been acquitted in his separate trial.

Their decision to convict the boys of second-degree murder was based on their belief that Alex and Derek opened the door to let the killer into the house, forewoman Lynn Schwarz told the Pensacola News Journal.

"Transferring the boys [to a juvenile facility) would be an outrageous decision. The boys
committed the most serious of all crimes and to transfer them to a juvenile facility would be a
travesty of justice. If this request is granted, in my opinion, it will be the moral equivalent
of sending them to their room without letting them watch 'The Sopranos,' "Prosecutor David Rimmer.

Because the Public went to bat for these children, they narrowly escaped the insanity of adult
prison where Prosecutor Rimmer wanted them to live. Michael Myers and others were not so
fortunate.

It appeared that Derek had a problem with the discipline measures his father used on the two. In addition, they would discuss their concerns with the friend Chavis. Chavis expressed to the boys that they were being mentally abused. The father, Terry, would sometimes stare at the boys. This Chavis told the two was the mental abuse.

The boys, decided based on the continued discipline from the father and the mental abuse as stated by Chavis, to kill their father.

Although the boys had been charged with first-degree murder, the jury was allowed by law to find them guilty of a lesser charge—which they did. Alex and Derek were convicted of second-degree murder, for which they could have been sentenced to 22 years to life in prison. Following the boys’ verdict, the judge unsealed Chavis’s verdict—he had been found not guilty on the murder and arson charges. In another legal proceeding later, Chavis was found guilty of being an accessory after the fact to third-degree murder, tampering with evidence, and false imprisonment involving Alex. He received the maximum sentence of 35 years, and is not scheduled for release until 2037.

In the meantime, Escambia County Circuit Court Judge Frank Bell granted a motion filed by the boys’ attorney to throw out their convictions. Bell ordered the prosecutors and the defense attorneys into mediation to straighten out the cases. He said that if the mediation talks failed, he would order a new trial for the boys. As a basis for his decision, Bell cited the state’s presentation—in the two separate trials—of conflicting evidence regarding who actually wielded the bat.

Fear expressed by the prosecutor that the boys might walk as a result of the judge’s decision never materialized. The case was mediated like the judge had wanted, and both sides reached an agreement—Alex and Derek would plead guilty to third-degree murder and arson in connection with their father’s slaying. Third-degree murder is defined as an unintentional killing that occurred while another felony crime was being committed, in this case battery.

According to the prosecutor, David Rimmer, “you only have to show that the defendant intended to commit the battery.”

The story made national headlines. The case became one of the most notorious killings in the state’s history. Six years later Alex, now 18, is a free man. He was released on Wednesday morning, April 9, 2008 at 9:45 a.m. after serving six years for his part in his father’s death.