A paper written ahead of the recent G20 summit by Zhou Xiaochuan, governor of the Chinese central bank, caused quite a stir. Zhou called for the establishment of a global reserve currency, a step which would firmly tip the balance of economic power in the direction of emerging economies like China and India, but would also bring benefits to poorer nations in the developing world. 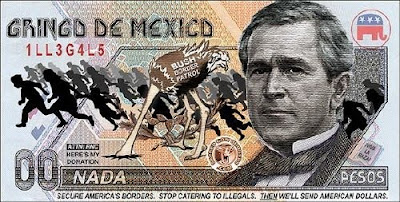 The dollars role in international trade should be reduced by establishing a new currency to protect emerging markets from the confidence game of financial speculation, the United Nations
said.

Two very obvious changes have prompted this reaction: First, there is a growing recognition that
the course towards the current crisis was plotted when President Nixon severed the link between the dollar and gold in 1971. Second, the fact that, quite unlike any president before him, not only does Barack Obama believe in a more just and inclusive world, he also seems to recognise that creating such a world requires some levelling of the global economic playing field. The creation of a global reserve currency would be an essential first step in that process.

UN countries should agree on the creation of a global reserve bank to issue the currency and to
monitor the national exchange rates of its members, the Geneva-based UN Conference on Trade and Development said on Tuesday in a report.

China, India, Brazil and Russia this year called for a replacement to the dollar as the main reserve currency after the financial crisis sparked by the collapse of the US mortgage market led
to the worst global recession since World War II. China, the world's largest holder of dollar reserves, said a supranational currency such as IMF's special drawing rights, or SDRs, may add
stability.

There's a much better chance of achieving a stable pattern of exchange rates in a multilaterally-agreed framework for exchange-rate management, Heiner Flassbeck, co-author of the report and a UNCTAD director, said. An initiative equivalent to Bretton Woods or the European Monetary System is needed. The 1944 Bretton Woods agreement created the modern global economic system and World Bank and IMF.
While it would be desirable to strengthen SDRs, a unit of account based on a basket of currencies,
it wouldn't be enough to aid emerging markets most in need of liquidity, said Flassbeck, a former
German deputy finance minister who worked in 1997-1998 with then US Deputy Treasury Secretary Lawrence Summers to contain the Asian financial crisis.

Emerging-market countries are underrepresented at the IMF, hindering the effectiveness of enhanced SDR allocation. An organization should be created to manage real exchange rates between countries measured by purchasing power and adjusted to inflation differentials and development levels, UN said. The most important lesson of the global crisis is financial markets
don't get prices right, Flassbeck said.
Posted by Editor John at Tuesday, September 08, 2009