Top 10 Bizzare Beast Who Can Protect Us Better !!

Imagine what will happen if all the superheros..like Superman,Batman,Spider man, Wonder Woman are out from their 'save the World' job and some weird, powerful alien come to attack our World !!

Who Will save us?

Jeff Rovin, author of the Illustrated Encyclopedia of Cartoon Animals, brings you the 10 most bizarre animal superheroes who are very friendly to human and have the power to protect the world. They are very funny and they are all pretty weird also. 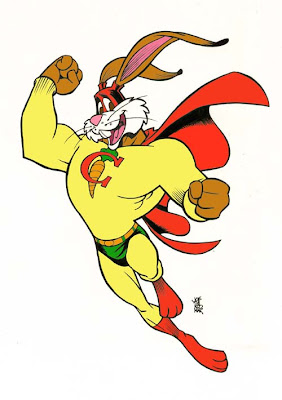 1. Captain Carrot:A super-powered bunny from another dimension -- he can "bunny hop" great heights, among many other powers -- this DC Comics character from the 1980s is the leader of the Zoo Crew, which includes the speedy turtle Fastback, magician kitten Alley-Kat-Abra, the stretchable Rubberduck, and the magnetically charged Yankee Poodle. 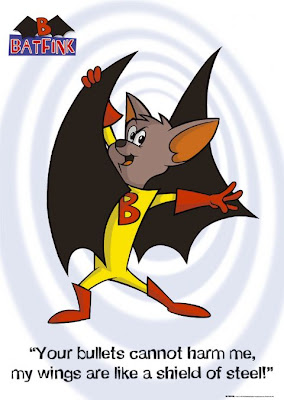 2. Batfink:It was probably inevitable: a crime fighting bat. No, not a batman but an actual winged rodent. In addition to super-sonar, the 1960s animated TV character possessed martial arts skills and, of course, he could fly. Oh, and he drove around in the Batillac, which was actually a Volkswagen. 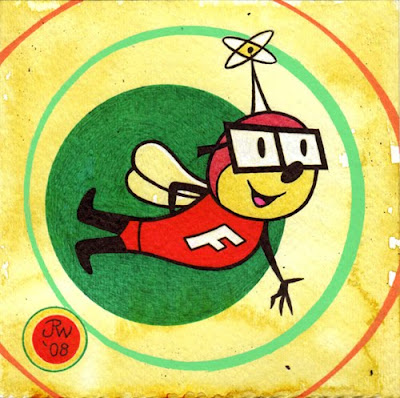 3. Fearless Fly:Another animated TV character from the 1960s, this bad bug was timid Hiram Fly who dons supersonic glasses to become the costumed Fearless Fly -- who can fly faster than light and has super-strength. Super for a fly, anyway. 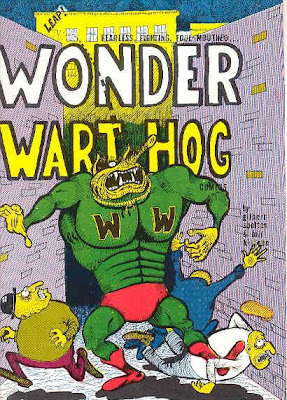 4. Wonder Wart-Hog:The winner by a snout! By swallowing a power pill, this underground comics character from the 1960s turns into a super powered wart hog. When he isn't fighting crime, he wears a human mask and poses as reporter Philbert Desenex. 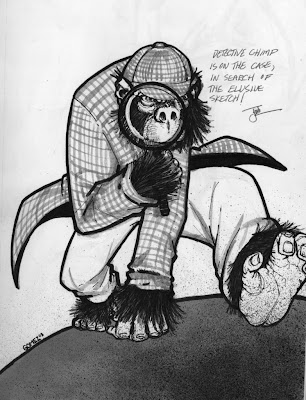 5. Beppo the Super Monkey:Jor-El may have been a great Kryptonian scientist, but when he sent his son Kal-El toEarth as a baby he didn't notice that a monkey stowed away on the rocket ship. On earth, the wiry Beppo has the same powers as his master Superman. The monkey is a member of the Legion of Super-Pets along with Krypto (who was sent to earth in a test rocket), Comet the Super-Horse (a centaur who was turned all-horse by a wizard), and Streaky the Super-Cat (who gets superpowers from the mysterious X-Kryptonite). 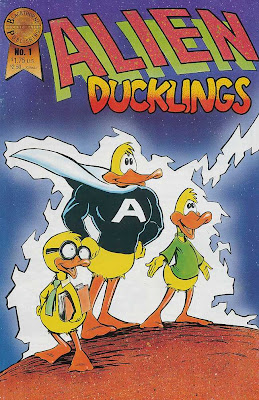 6. Alien Ducklings:These comic book heroes from the 1980s are actually alien beings who land on a farm and,assuming that water fowl are the dominant species, use most of their energy to assume duck forms. One of them has enough power left over to become the costumed Aquaduck, who possesses super powers thanks to a psychic link with the metawaves of fish. Whatever that means. 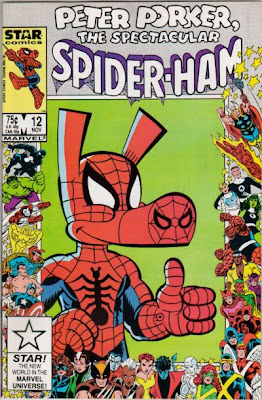 7. Spider-Ham:More than 20 years before Homer Simpson got his pet Spider-Pig, Marvel Comics published the adventures of Peter Porker, a walking, talking pig version of Spider-Man. Also appearing in the strip were the ferocious Hulk Bunny, Deerdevil -- the Cloven-hooved Mammal Without Fear -- Croctor Strange, and Nick Furry, Agent of S.H.E.E.P., among others. 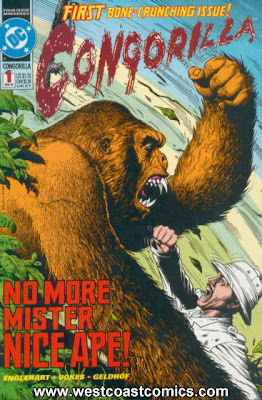 8.Congorilla:This 1950s DC comic book character is actually explorer-ecologist Congo Bill who, for trying to save the life of a witch doctor, is given a ring that allows him to transfer his brain,
for one hour at a time, into the body of the tribe's deity, a golden gorilla. 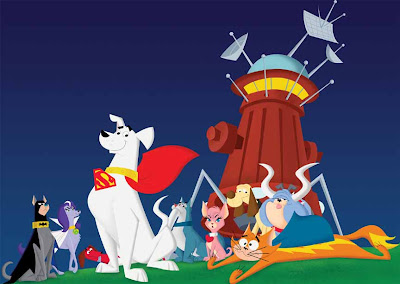 9.Ace the Bat Hound:Ace is Batman's German shepherd, who the Caped Crusader rescued from drowning. There's actually a little rig in the Bat cave so this comic book canine can slip into his black mask and bat-symbol collar. 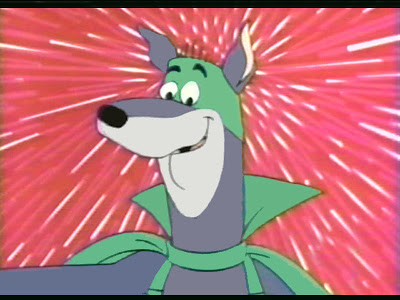 10.Dynomutt:The bumbling pooch sidekick to the superhero Blue Falcon, the 1970s cartoon hero is described as "stronger than a train with a so-so brain...scare less, a little too careless." His powers derive from a strength power pack in his belt.