Don't hurry for Nano; one more beautiful car is on its way to India ..!
This car will be launching in India in collaboration with Mahindra,
Which is another budget car to compete TATA and FIAT 500.
Take a complete overview of this amazing car comparing with Tata's NANO.. 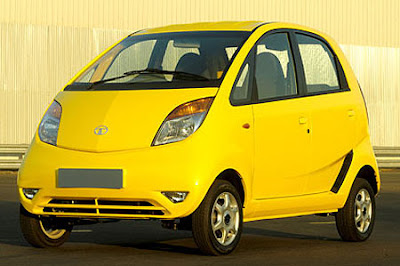 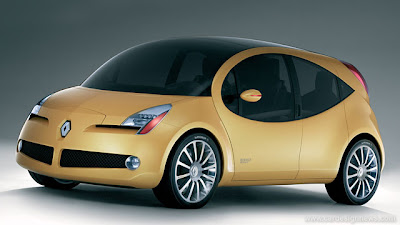 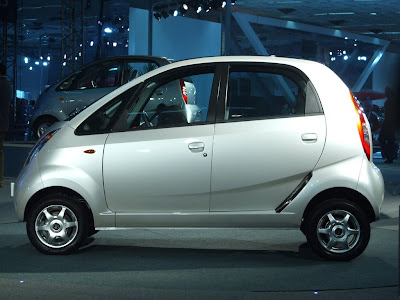 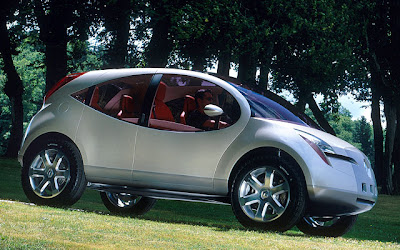 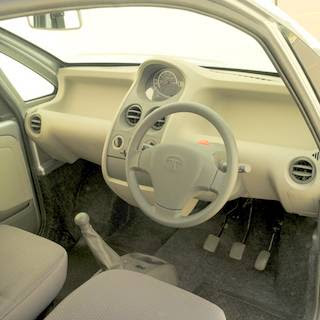 Interior design in NANO ..small seating's comparing to the YENI.. 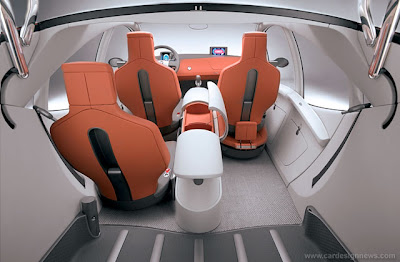 Interior design in YENI ..Large seating's with extra space behind.. 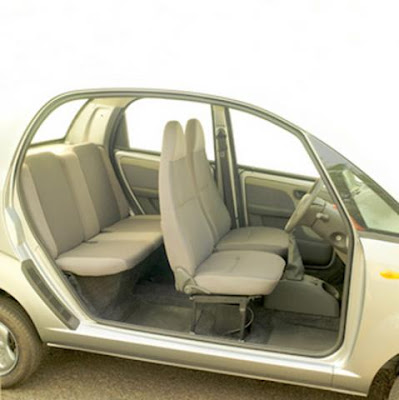 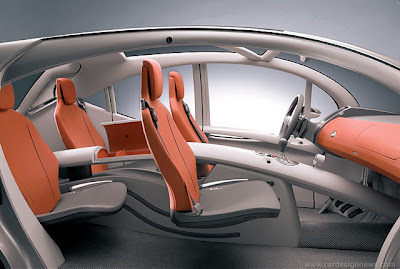 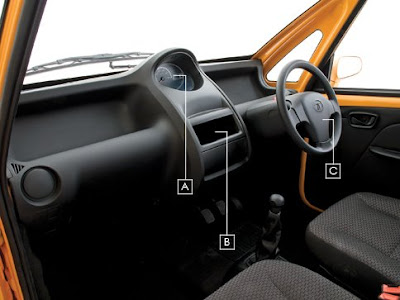 Tata Motors has just unveiled its hotly anticipated ‘one-Lakh’ car at the New Delhi Auto Expo. Officially called the Nano, the new vehicle is also known as the ‘people’s car’, as it aims to get the upwardly mobile Indian market motoring for a starting price of 100,000 rupees ($2,500).

Available in either Standard (red) or Luxury (yellow) guise, the 624cc, rear-engined four-door Nano has been designed for a four person family and is claimed to have generous interior space despite its compact exterior dimensions - the car is just 3.1m long, 1.5m wide and stands 1.6m high. The mono-volume design, with wheels at the corners, enables this combination of space while facilitating maneuverability in crowded urban areas.

Aside from its low price, a strong selling point of the new Nano will also likely be the ability to personalize the vehicle, like the Mini and the Fiat 500. Buyers will be able to specify different scoop trim (situated ahead of the rear wheels), decals, seat covers and dash colors. It is expected to launch in India later this year. 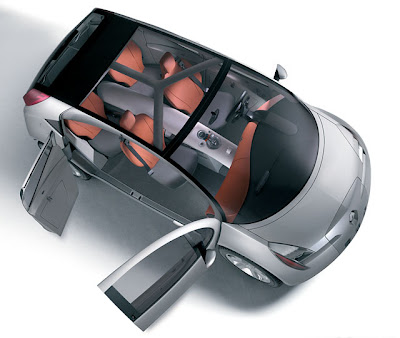 Concept in YENI : The cheapest car available soon in India by the collaboration of RENAULT and Mahindra. The car will cost around Rs 1,30,000 which will compete TATA mini car and FIAT 500 . This car will be available soon in market at end of 2007 all these car s are in same segment and the price of these mini cars is really close to each other. These will effect the sale of bikes because these mini cars are much efficient and fuel effective and cost little more then a bike so every one would like to buy car rather than a bike, so these car will change the trend and every one will purchase these mini cars. This would also effect the mid range cars market.

These three companies are good at market and there will be very good competition after
releasing these car. Information for the car Mahindra - Renault Yeni will be available
on every showroom of Mahindra detail of this car. The car looks are futuristic design like
swift already in market. Mahindra-Renault also launched the Logan which is running at good
pace in market.

This segment is very tight there are many cars and big brand available like General Motors Lancer, Ford Fiesta, Swift Optra Magnum and much more. But in mini segment there is growth but yet it will boost sales record when these cars enter in market. These cars are affordable by price and running cost . Everyone wants to buy a car but price of car and running cost shatter their dreams but now dreams will come true for the middle class families. This new year will give you greatest gift of new Yeni car by the collaboration of RENAULT and Mahindra.

I would say kindly verify the source of NEWS as Fiat 500 is definately now a cheap buy although yes its a small car. Fiat 500 cannot be compared to any small car in India its class apart.

When is it comming to India...

Well,its pretty much exciting articles..Mahindra -Renault YENi will surely have a good pace in the market and will have a tough competition with the TATA Nano...Hope!i too get a chance to have such a sweet small but a stylish as soon as it launch to Indian Market.....

It's really a great happening.Yeni is a correct competitor of Nano.If both the cars release at the same day and time,it's going to be a trilling race between TATA and Mahindra Renault.My hearty wishes for both the cars.Thank You.
-R.Rohith

whats wrong the typist mistsake or something else

No that isn't the typist mistakes ...I heard somewhere that it is to be launch around 2007...but don't know why it didn't launched yet ...

Just stop dreaming about Renault Car. By seeing this car, does it make any sense selling this kind of an item in the market for as cheap as the Tata Nano? Try not to stop others in buying the Tata Nano if you are a real Indian. This would indirectly stimulate indian market into creating more demand and thereby creating more jobs to indians. This way, you would boost the Indian confidence in this segment too. This is what happened with many grown countries where people bought almost everything from their local market and made themselves richer in the long run. At least, try getting your money rolling in the country itself rather than profitting an international company.

This car will be available soon in market at end of 2007???or 2009..Good design..i like this car very much campare to nano

Any expected date? i dont think this will be in on road before 2010.