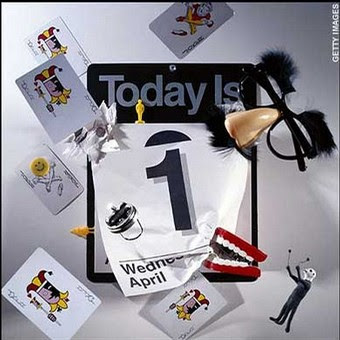 1. In 1957 the BBC's Panorama news programme announced that due to a very mild winter and the virtual elimination of the spaghetti weevil, Swiss farmers were enjoying a bumper spaghetti crop. It accompanied this announcement with footage of Swiss peasants pulling strands of spaghetti down from trees. Huge numbers of viewers were taken in and many called the BBC asking how they could grow their own spaghetti tree. 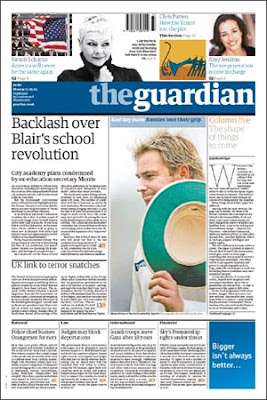 2. In 1977 The Guardian newspaper published a special seven-page supplement devoted to San Serriffe, a small republic said to consist of several semi-colon-shaped islands located in the Indian Ocean. A series of articles described the geography and culture of the fictional nation, prompting hundreds of calls from readers seeking information about the idyllic holiday destination. 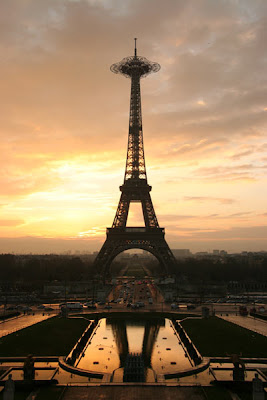 3. In 1980 the BBC reported that Big Ben was to be given a digital readout, in order to keep up with the times. The announcement received a huge response from listeners shocked and angered by the proposed change. 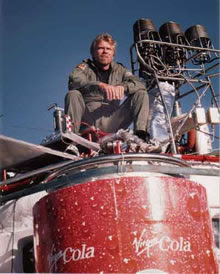 4. In 1989 Richard Branson, the entrepreneur, landed a hot-air balloon on the outskirts of London, which had been made up to look like a flying saucer. Thousands of motorists reported seeing the supposed UFO causing police to rush to the scene only to discover that it was an elaborate hoax devised by the businessman to promote Virgin Records.

5. Last year, the BBC announced that it had captured footage of flying Adélie penguins, while filming near the Antarctic for its natural history series Miracles of Evolution. The report was accompanied by a video clip of the hoax creatures, which became one of the most viewed videos on the internet. Presenter Terry Jones explained that, instead of huddling together to endure the Antarctic winter, these penguins took to the air and flew thousands of miles to the rainforests of South America where they "spend the winter basking in the tropical sun". 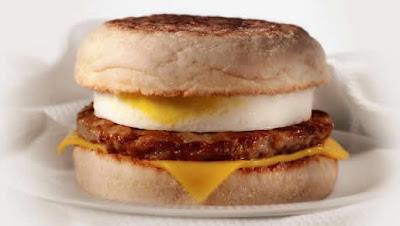 6. In 1998 the fast-food chain Burger King published a full-page advertisement in USA Today announcing the introduction of a "Left-Handed Whopper" specially designed for the 32 million left-handed Americans. According to the advertisement, the new Whopper included the same ingredients as the original Whopper, but that they were rotated 180 degrees for the benefit of their left-handed customers. It was reported that thousands of customers fell for the prank and began specifying left or right hand versions of the burger when visiting its restaurants. 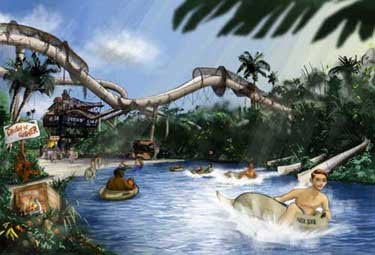 7. In 1986 thousands of French citizens were outraged after The Parisien reported that an agreement had been signed to dismantle the Eiffel Tower and have it reconstructed in the Euro Disney theme park.

8. In 2004, the BBC Radio 4's Today programme announced that the traditional theme tune to The Archers was to be scrapped in favour of a new electronic version by Brian Eno.

9. In 1976, Patrick Moore told Radio 2 listeners that, at precisely 9.47am that day, an unusual alignment of the planets would lessen the Earth's gravitational pull, so that anyone who jumped in the air would feel a strange floating sensation. Hundreds phoned in to say they had experienced the phenomenon. 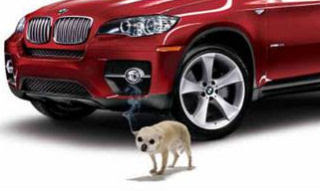 10. In 1994, BMW continued its tradition of running hoax adverts on April Fool's by touting the latest advancement for its cars – pivoting convex lasers mounted in front of each wheel to melt ice and snow on the road.
Special thanks : http://www.telegraph.co.uk