CB2 Aka A Child Robot In Action

A BALD, child-like creature dangles its legs from a chair as its shoulders rise and fall with rythmic breathing and its black eyes follow movements across the room. It's not human - but it is paying attention.

Below the soft silicon skin of one of Japan's most sophisticated robots, processors record and evaluate information. The 130cm humanoid is designed to learn just like a human infant. 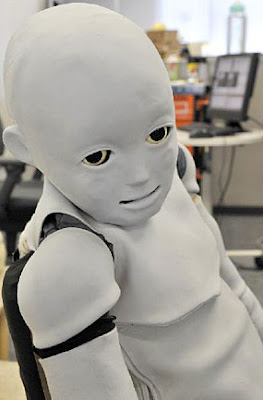 Breakthrough ... a child robot - called "Child-robot with Biomimetic Body" or CB2 - is equipped with 51 air actuators, 5 motors and 197 tactile sensors under soft silicone skin on its child sized body, at his laboratory in Osaka University in Suita city in Osaka. 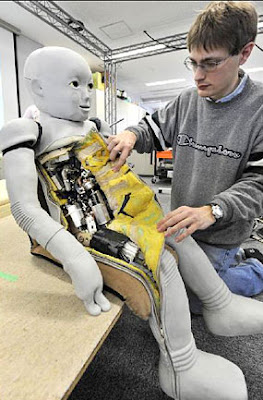 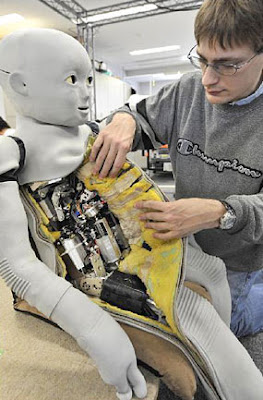 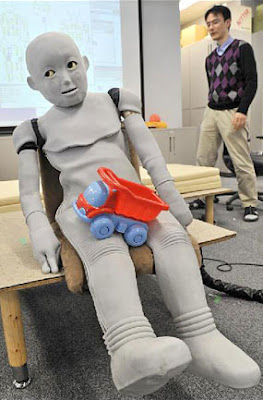 Human-like ... Osaka University professor Minoru Asada's team is trying to teach the android to think like a baby that evaluates its mother's countless facial expressions and "clusters" them into basic categories, such as happiness and sadness. 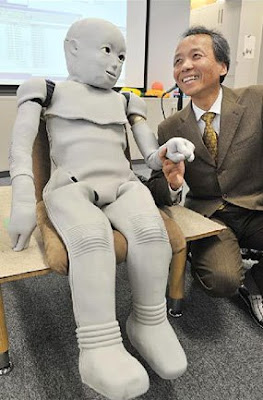 Learning ... the CB2 is slowly developing social skills by interacting with humans and watching their facial expressions, mimicking a mother-baby relationship. 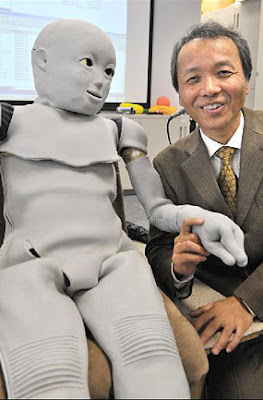 Responsive ... CB2 watches Prof Asada and learns from him. 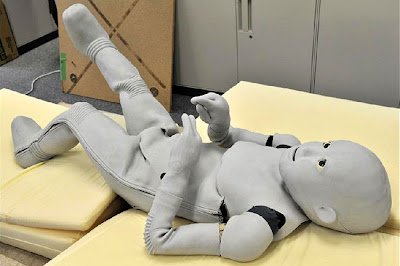 Intelligent ... the robot can record emotional expressions using eye-cameras, then memorise and match them with physical sensations, and cluster them on its circuit boards, Prof Asada said. 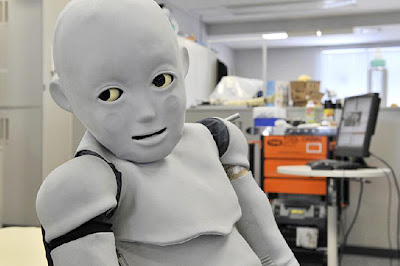 Next generation ... in coming decades, Prof Asada expects science will come up with a "robo species" that has learning abilities somewhere between those of a human and other primate species such as the chimpanzee.