IF you're an animal lover here are some places to visit around the world to see weird and wonderful endangered animals. To me animals are always innocent... so let's join our hands to save this wonderful creation of earth. PLEASE !!.. What you Say ? It will be highly appreciative if you comment !!
Thanks... 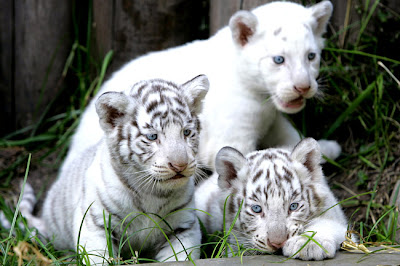 Three 45 day-old Bengal White Tigers cubs are seen at their cage in the Buenos Aires Zoo.

The Bengal White Tiger is found exlusively within South Asia, however several zoos around the world keep them in captivity. 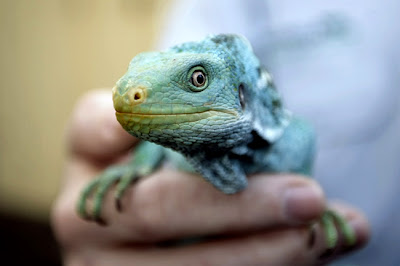 Only a few wild populations remain of the endangered iguana which is found on several Fijian islands.

The species faces possible extinction due to habitat destruction and competition from introduced species. 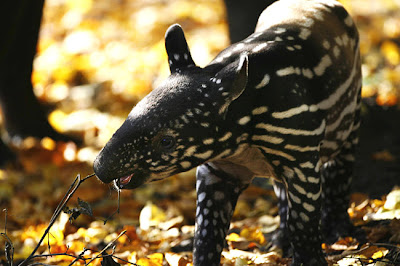 Malayan Tapirs, which are an endangered species, are hoofed animals related to rhinos and horses and are found in the forests of Malaysia, Thailand, Burma and Sumatra. 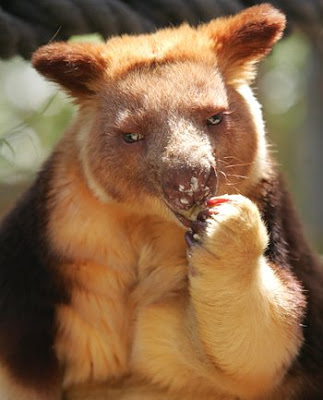 MELBOURNE ZOO Seven-year-old Timika, an endangered Goodfellow's Tree Kangaroo from New Guinea, will be helped by a Melbourne Zoo foundation. 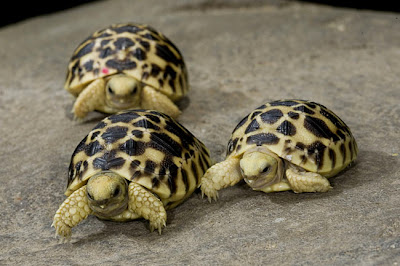 Three critically endangered Burmese Star Tortoises at the San Diego Zoo, the first time this species has successfully reproduced at the facility.

The Burmese Star Tortoise is not often bred in zoos, but with more as-yet-unhatched eggs, animal care staff are hoping that more of the tortoises emerge.

The reptile is almost extinct in its native Myanmar as its numbers dwindle due to deforestation and hunting, both for food and profit . 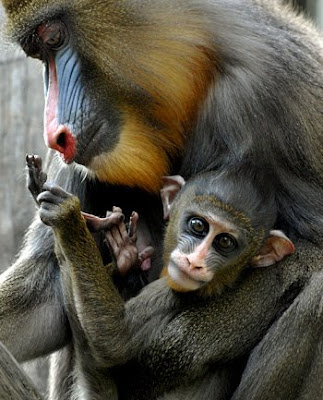 One of the Budapest Zoo's three six-week-old Mandrill babies (Mandrillus Sphinx) rests in the lap of its mother during the first public appearance in Budapest, 2007.

The Mandrill is one of the endangered species of West Africa, for which a breeding program is coordinated at the Budapest Zoo. 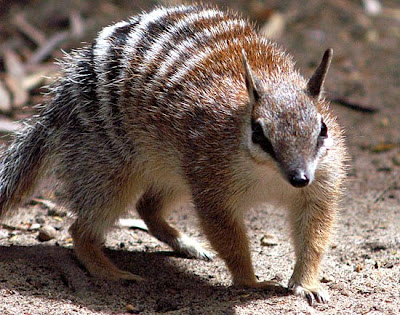 PERTH ZOOA Numbat, one of Australia's most endangered animals, at Perth Zoo. 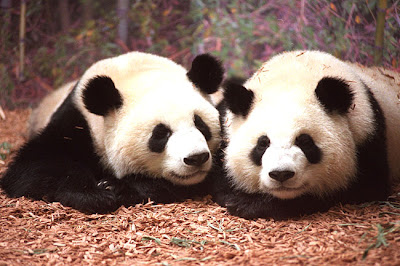 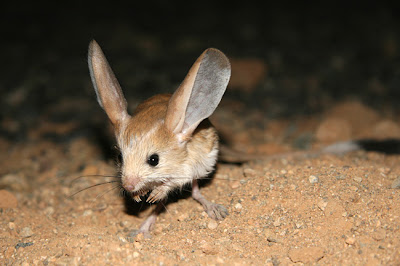 The Long-eared Jerboa is an extraordinary mammal found in the deserts of Mongolia and China.

The tiny creature looks like a mouse-sized kangaroo with enormous ears. This endangered animal was filmed during a recent Zoological Society of London expedition to the Mongolian Gobi desert to track down and assess the species. 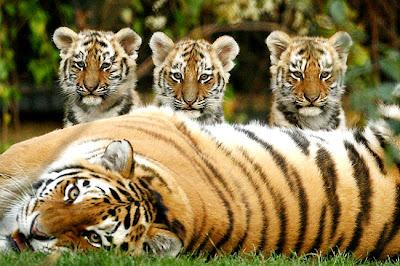 Siberian Tigers feature in the top 10 of the world's most endangered creatures.

The three cubs were named after mountain ranges in Siberia. 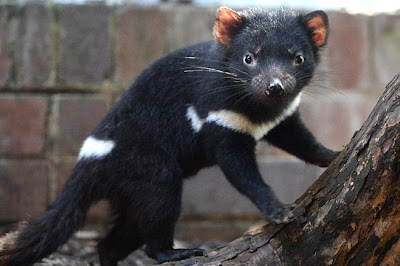 TASMANIAA healthy Tasmanian Devil joey displayed as part of an intensive conservation programme, because of the spread of an infectious facial tumour which gradually disfigures the animal's face to the point it is unable to eat. 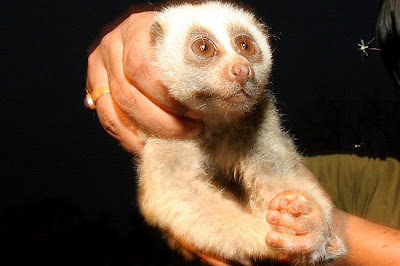 A Slow Loris, an endangered species, in Gauhati, India.

The Slow Loris, the name given because of slow pace of its strides has no tail, is pygmy sized and sports two beautiful and large eyes but a toxic bite . 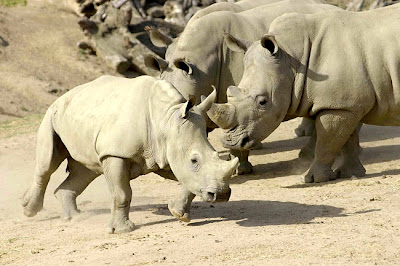 Holly, an 18-month-old female southern baby White Rhino from the Memphis Zoo, being introduced to the herd in the San Diego Wild Animal Park.

Holly was transferred to San Diego as part of an endangered species survival program which manages the White Rhino population in zoos. 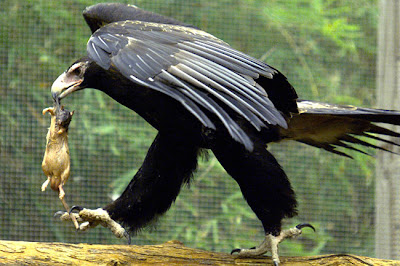 TOWNSVILLE, QUEENSLANDAn endangered Australian wedge-tailed eagle holds a rat in its beak during feeding demonstration at Billabong Sanctuary in Townsville. 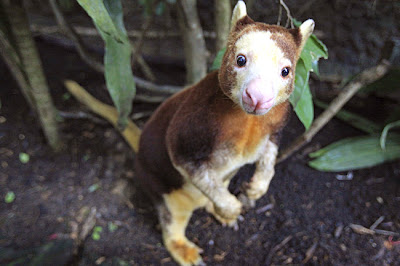 A Matschie's Tree Kangaroo, the only one at the Singapore Zoo, is seen in the Fragile Forest section which houses animals in danger of extinction.

Papua New Guinea, long derided for allowing widespread illegal logging, has created a conservation areas the size of Singapore to protect the bear-like, tree kangaroos and other endangered species. 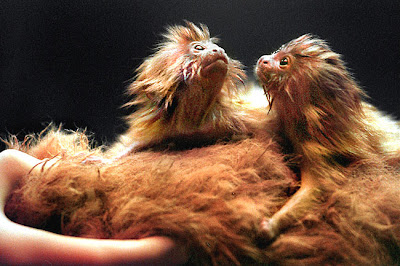 Two baby Tamarins, a male and female, cling to a stuffed toy Tamarin held by a zoo keeper at the Utica zoo in Utica, New York.

The two endangered golden Tamarins were rejected by their mother, so in order to keep the babies from imprinting 100 per cent on the humans caring for them, the keepers placed the toy in the incubator where the parents live. 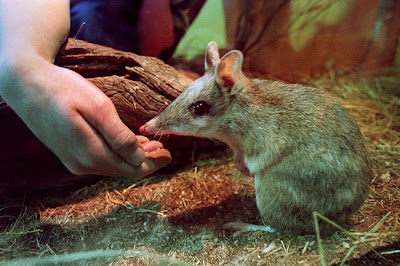 An endangered Eastern Barred Bandicoot fed by a keeper during a public forum on captive breeding and conservation. 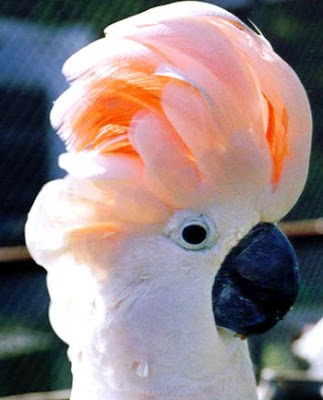 A Moluccan, or Salmon crested, cockatoo pictured in a cage.

Illegal traders exploited the religious conflict in Indonesia's Maluku province in May to traffic and sell hundreds of the endangered birds, a species protected under the Convention on International Trade in Endangered Species (CITES) . 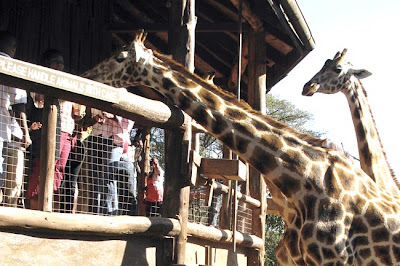 Endangered Rothschild Giraffes lean to receive food from tourists at the Giraffe Centre in Nairobi.

At least six distinct species of giraffe, the world's tallest land animal, may be in existence and some of them are critically endangered, scientists in the United States and Kenya have found. 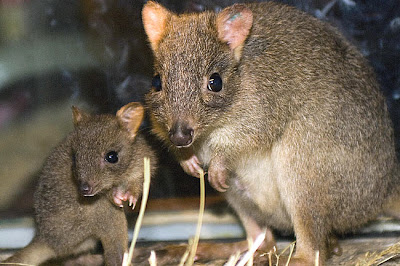 After living in its mother's pouch for more than three months, an endangered Brush-tailed Bettong joey emerged at the Lincoln Park Zoo in Chicago.

This tiny marsupial which only weighs 0.9 to 1.3kgs when fully grown is native to Southwestern Australia. This rare species was nearly extinct in the wild by the early 1900s due to predation by introduced animals like cats, rats and foxes.