Health organizations worldwide are struggling to contain a swine flu outbreak that has killed at least 149 people in Mexico and sickened many more throughout the world, including in the United States, Europe and New Zealand. U.S. cases have now been reported across the country, with victims in California, Kansas, New York, Ohio and Texas.
Flu was first found among pigs in 1930. Over subsequent decades, health experts have identified influenza viruses in several other species as well. But which animals can pass such viruses on to people? You might be surprised by our top 10 list. 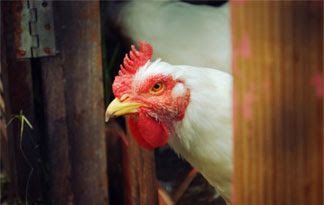 1. Chicken
Avian flu may not be the headline-maker now, but it has caused hundreds of human deaths over just the past decade, with chickens being the most common source of contagion.
"Many birds are susceptible to influenza strains that may transmit to humans, but butchering, handling and other forms of close contact heighten the risk," April Johnson told Discovery News. Johnson is an assistant professor of epidemiology and public health in the Purdue University School of Veterinary Medicine's Department of Comparative Pathobiology. "The H5N1 avian virus continues to be of concern because 60 percent of all humans who have contracted this illness died after becoming infected." 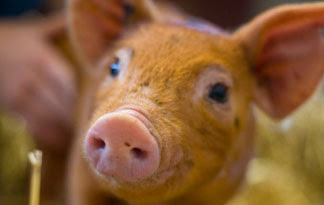 2. Pig
Anthony Fauci, the director of the National Institute of Allergy and Infectious Diseases, has long warned that "pigs play a role in transmitting influenza virus to humans." Earlier reported cases, however, mostly involved agricultural workers, or others who were in close direct contact with pigs. A child on a communal farm in Canada, for example, came down with the swine flu in 2006.
The Centers for Disease Control and Prevention (CDC) has been monitoring swine flu for some time as well, since pigs can be infected with human and avian viruses, in addition to their own pig-specific germs.
If an infection of more than one virus occurs simultaneously, "recombination may occur," Jean-Pierre Vaillancourt, a professor of veterinary medicine at the University of Montreal, told Discovery News. He explained that the latest strain appears to consist of "a virus that's 80 percent swine, with the rest being a mixture of avian and human viruses."
Although world leaders, such as President Barack Obama, are urging "concern" and not alarm over the outbreak, the potential for pandemic exists, experts have informed Discovery News, since the disease is now spreading from person to person. 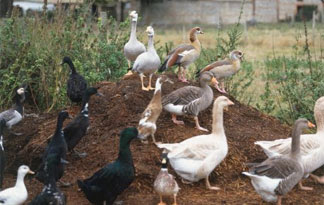 3. Duck
Ducks are often raised for their meat, especially in Asia. Health experts, therefore, often monitor duck illnesses in China, Hong Kong, Thailand, Vietnam and other Asian countries that have experienced avian flu outbreaks.
"Ducks are more considered as carriers, however, than as direct threats," said Johnson, who explained that ducks seem less likely to spread influenza to humans, but that they can infect other animals. Researchers in Mexico have not ruled out the possibility that a bird, such as a chicken or duck, was the original source of the latest outbreak, which could have jumped to pigs and then humans. 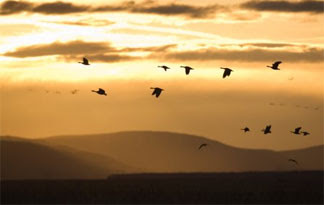 4. Goose
Both wild and domestic geese have been known to contract the infamous H5N1 virus.
The birds' broad ranges can pose a problem: "These birds can fly 1,000 miles a day at maximum," explained Yi Guan, of the University of Hong Kong, China. If geese raised for poultry come into contact with infected wild geese, the risk of influenza spreading to humans increases. Most cases involving geese began with poultry workers in Asian countries who had direct contact with sick or dead birds. 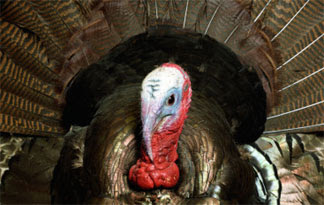 5. Turkey
While not all birds can catch the flu, most are susceptible to Type A influenza that may spread to humans. Turkeys are no exception. Earlier this year, in fact, an H5 avian influenza virus surfaced on a turkey farm in southern British Columbia. It was quickly contained. Nevertheless, tens of thousands of turkeys have been slaughtered in Canada and elsewhere when such infections have been identified.
In 2004, for example, British Columbia's Fraser River Valley experienced an outbreak that affected 40 commercial farms and led to the culling of 17 million birds, according to the Center for Infectious Disease Research and Policy.
Suppliers maintain rigid guidelines to ensure public safety. "We often criticize factory farms, but in this case modern production has helped to reduce direct contact with animals, thus staving off infections," Vaillancourt told Discovery News. "In Asia and Mexico, many families live with their poultry and other animals raised for food, so they remain in close proximity to them." 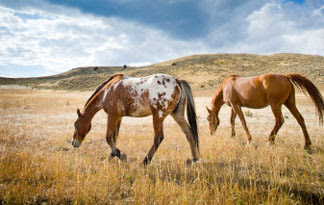 6. Horse
According to the CDC, horses too can become infected with Type A influenza viruses.
"People with horses must handle them a lot, particularly around the facial area," said Marie Gramer, an assistant clinical professor of veterinary population medicine at the University of Minnesota's College of Veterinary Medicine. "When horses suffer from an influenza virus, they can cough, sneeze and have a runny nose just like we do."
"What's coughed out," she added, is of less risk to humans than avian germs, "because most pathogens that infect horses become more species-specific." 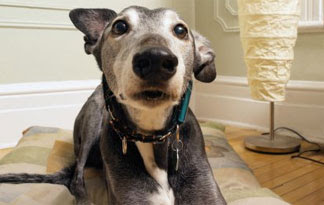 7. Dog
In 2004, cases of an unknown respiratory illness in dogs, initially racing greyhounds, were reported to the CDC. An investigation showed that this respiratory illness was caused by the equine influenza A H3N8 virus.
Scientists believe that this virus jumped from horses to dogs, and can now spread from dog to dog, leading to the canine-specific H3N8 virus. Experts consider the strain to be "a newly emerging pathogen in the dog population."
If it jumped from horses to dogs, could it move from dogs to humans?
"It's possible, but it would need a perfect storm," Gramer said. "The moment of transfer would have to involve the right person, the right place, the right animal and the right time." 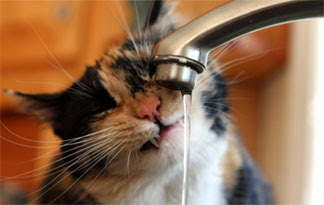 8. Cat
Cats, like dogs, enjoy close contact with people. While most experts believe that simple hand-washing can eliminate the risk of obtaining diseases from pets, there is a possibility that both dogs and cats could spread a recombined form of avian influenza to humans.
"Cases of tigers and domesticated cats coming down with avian flu have been reported overseas," Johnson told Discovery News. "In most, if not all, cases, I believe, the animals had consumed dead infected chickens or other birds." The easiest way to stave off such risks would be to monitor pets so they don't eat birds or any other wild, potentially infected prey. 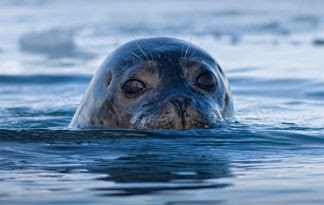 9. Seal
While no "seal flu" has been known to spread to humans, the marine mammals can become infected with Type A influenza viruses. And Vaillancourt said other diseases have crossed the human-seal species line.
"Some populations consisting of people who eat raw seal meat have been diagnosed with toxic parasitic illnesses," he said. "We've done studies that show cooking reduces nearly all of this problem." 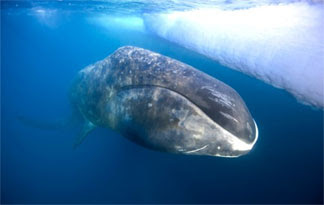 10. Whale
Could a whale flu be in our future? Whales can suffer from influenza, probably by catching germs spread by bird waste. In theory, people could be exposed to and infected by the virus if they came in close contact with infected whales or poorly cooked whale meat. But the risk of that happening, not surprisingly, is low.
"It's really unlikely, because the ocean tends to dilute things," Gramer said. "Again, such a scenario would need a perfect storm since, as it stands, wild waterfowl, like seagulls, poop out the virus, which then has a slim chance of infecting whales."
Posted by Editor John at Wednesday, April 29, 2009