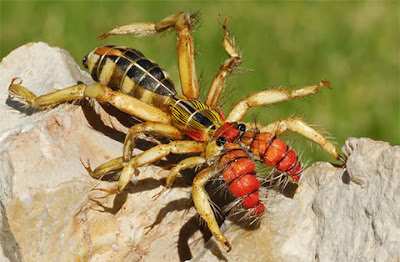 The camel spider stories began to spread during the 1990-91 Gulf War. Now, with the continued presence of U.S. forces in the Middle East, the stories are becoming legendary .. Many of the stories on the internet are completely untrue. These creatures are (usually) not dangerous to humans. But, dangerous or not, these creatures are horrifying to encounter. I pity anyone who encounters one for the first time.

Soldier in Iraq bitten by a Camel Spider. Yes, they can bite. If they do, there is always the possibility of infection. 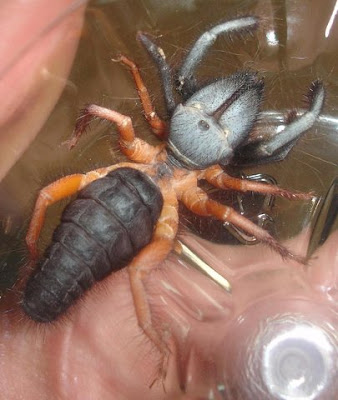 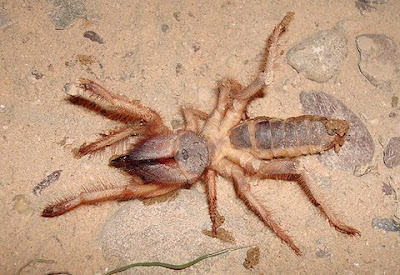 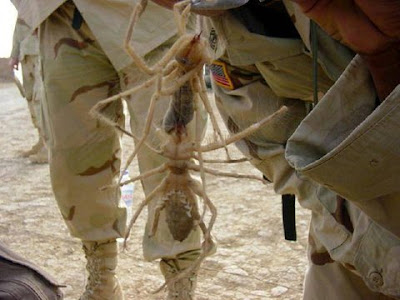 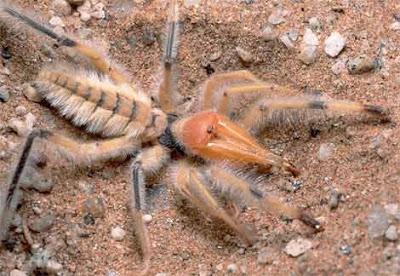 2. Size: Up to 6 inches although many of our readers report larger.

4. They don't jump. However, many of our readers describe them leaping onto their legs, etc..

5. Called camel spiders because they live in the desert.

They actually aren't spiders at all, they're solpugids.. Along with spiders, they are members of the class Arachnida.
Source
Visit 13above For More Fun
Posted by Editor John at Thursday, October 23, 2008

I like how your fact contradict your article. Very professional. It shows you've done your research.