World's Most Powerful Vehicle Ever 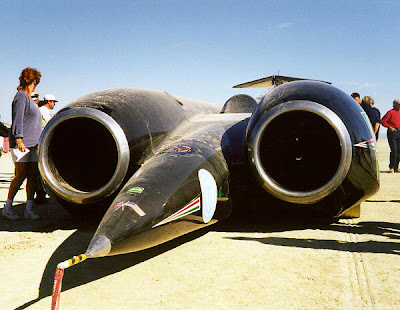 ThrustSSC is the most powerful, most extraordinary car ever to be designed to attack the Land Speed Record, and as the SSC (SuperSonic Car) in the name indicates, it is also one of the first with genuine potential to breach the Sound Barrier. 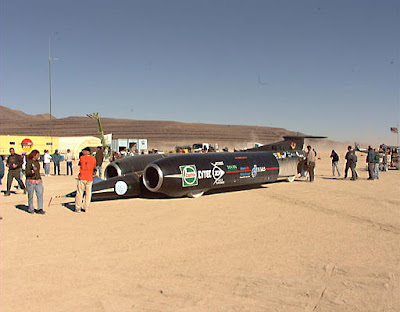 Where Thrust2 used a 17,000 pound thrust Rolls-Royce Avon 302 engine from a Lightning fighter, ThrustSSC is the first car to use not one, but two turbojets. 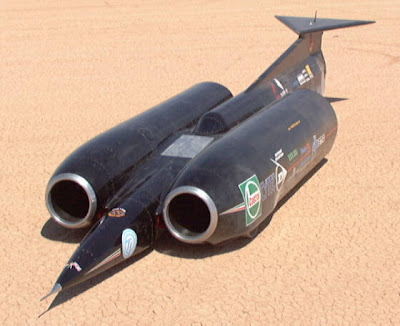 These will initially be Rolls-Royce Spey 202s from the Phantom fighter, each producing 20,000 pounds of thrust. Richard Noble has acquired two of them, but also has two even more powerful 205 units (25,000lb of thrust) for use when ThrustSSC has proved itself in transonic testing. ThrustSSC thus has the power of 1000 Ford Escorts, or 145 Formula One cars... 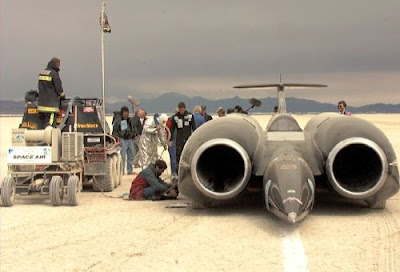 It will weighs 10 tonnes, and initial performance estimates suggest it will accelerate from standstill to 100mph (161kph) in four seconds or 0-600mph (1000kph) in 16 seconds. Within five miles (8 km) it will then reach its maximum speed of 850 mph within half a minute. 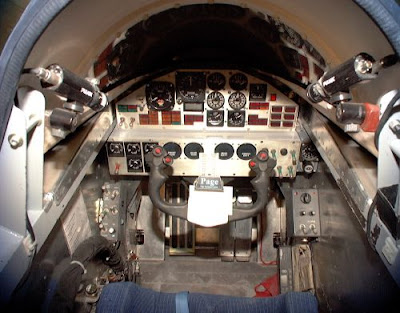 The driver, any driver, always has the steering wheel in front of him or her - right? Such astounding good sense leads to the logical conclusion that the steering wheel will therefore be connected to movable front wheels for the purposes of keeping the vehicle on the straight and narrow. 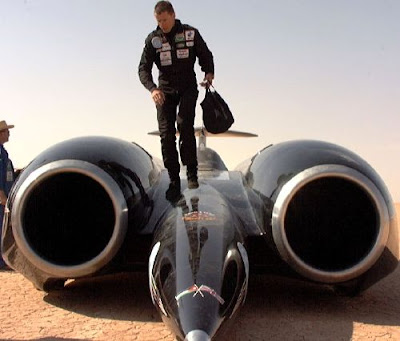 ThrustSSC's cockpit is positioned in the middle of the car, between the two massive Spey engines and close to the car's centre of mass. It can be reached from either the rear or the front of the car, and entry is via an opening roof hatch. 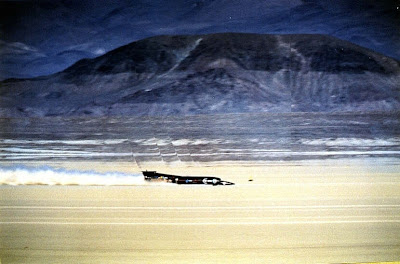 The Parachute Braking System is employed to slow the car to a speed at which the wheel brakes can safely be used. Although the method of parachute deployment is the same, two distinct standards are provided, one for low speed use on, say a runway at deployment speeds up to some 200 mph, and the high speed system for use up to a speed of 600 mph. 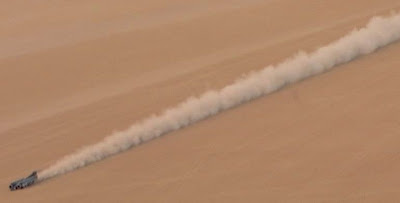 Two parachute containers are fitted. At low speeds, both contain identical parachute assemblies, the second assembly intended only as a reserve, for use in the unlikely event of a malfunction occurring on the primary system. Either system can be used as primary or secondary. 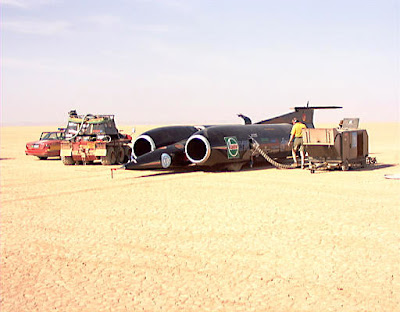 Therefore in short , World Fastest Vehicle or the ThrustSSC, the world fastest car, the record is 1281kph/768 mph. If has wing besides i think can fly into sky. This car using twin Lockheed Martin F-104 engine. It has 39000hp. When full speed advance consumes fuel each minute 40 gallons.

Source
Visit 13above For More Fun
Posted by Editor John at Tuesday, September 02, 2008

Not complaining about your article, but about your title, which asserts that the ThrustSSC is the "World's Fastest Vehicle Ever". This is *way*, way off.

That title I believe goes to the Saturn V rocket, which at its peak delivered nearly 8 *million* pounds of thrust.

The ThrustSSC is certainly a fast *car*, but there are plenty of other vehicles which surpass its power.