When Even Love Fails

TWO of the teenagers in Friday night's horrific car crash that left three dead and two fighting for their lives were teenage sweethearts. 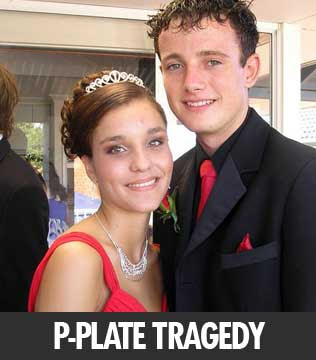 Adam Johnson has been visited in hospital by family and his girlfriend's sister, but does not remember the crash. Last night his family was waiting to break the tragic news of girlfriend Rosy White's death.

Braydon de la Nougerede and James Klessens, who died along with Rosy, and Adam were all Year 12 students at Corpus Christi College. 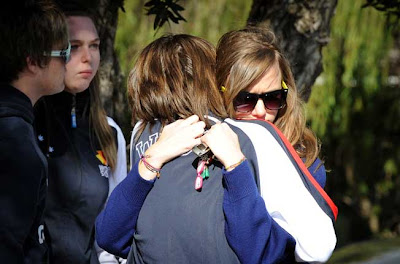 Friends and family grieve the loss of their three young friends. 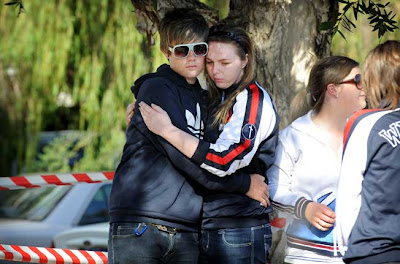 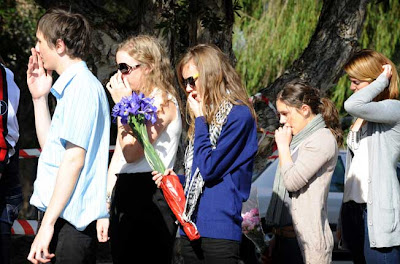 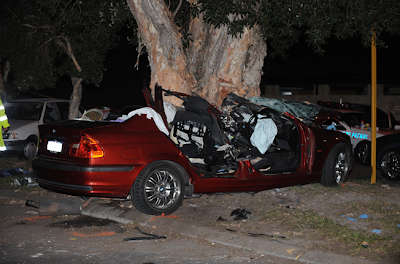 The three 17-year-olds died after a BMW driven by a P-plate driver -- who had only had his licence a month -- was airborne on Vahland Ave, Riverton, at the intersection with High Rd.

The speed limit is 70km/h and witnesses said the car raced through the intersection at up to 140km/h and hit a hump.

Sparks flew as the car landed 12m farther on and one tyre may have blown. The BMW then went sideways for 70m and slid up the medium strip into the tree, throwing debris across the road. 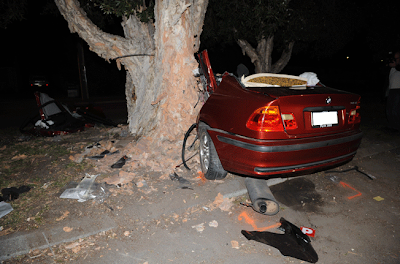 An ambulance driving past just after the crash about 9pm was waved down by horrified witnesses.
The BMW driver from Winthrop, in his parents' car, was killed. A front seat passenger, a boy from Canning Vale, and Rosy from Riverton, who was in the rear, also died at the scene. 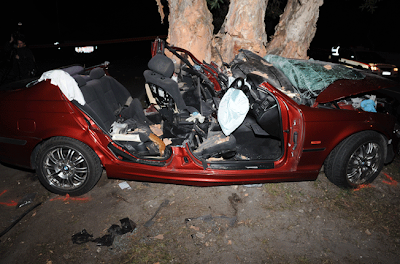 The scene of a horrific crash in Riverton that claimed at least three lives. 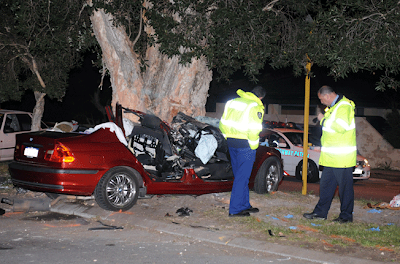 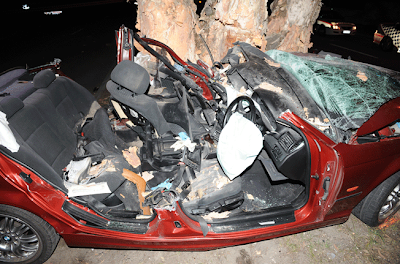 The exchange student is in intensive care in Sir Charles Gairdner Hospital with critical injuries and Adam is in Royal Perth Hospital in a serious condition with injuries, including a broken leg.

Hilary Spoelstra, who lives opposite the crash site, was hosting her daughter's 18th birthday party on Friday night.

``We were just about to cut the cake and there was an incredible bang,'' she said. ``We went outside and I heard the engine whooshing and there was smoke coming out of the vehicle.''

A witness who would only give his name as Byron was at the party with his sister Chantelle.
After laying flowers at the tree yesterday, he said: ``My sister held the hand of one of the passengers and I understand that later the hand went limp and that person passed away.

``My sister hasn't spoken about it. She gets really upset talking about it.''

Another eyewitness Luke Marris, 19, said: ``It was a massacre.

``It was like something you would see in a movie.''

Locals say the hump at the intersection is a hazard.

Ms Spoelstra, who has lived in Vahland Ave for 20 years, said: ``Cars go over the hump at the intersection and they get airborne and the drivers lose control.''

The officer in charge of the major crash section Snr-Sgt Alyson Brett said: ``This was a tragic scene for police who attended and members of the public. The amount of damage to the vehicle was significant.

"From what we've seen at the scene, the amount of damage done to the vehicle, and also what witnesses have told us, it appears the vehicle was travelling too fast.''

Visit 13above For More Fun
Posted by Editor John at Monday, September 01, 2008