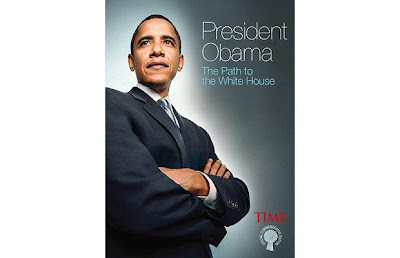 A new book, President Obama : The Path to the White House (David & Charles / TIME £9.99), showcases the photographs of Callie Shell, who began covering Obama for Time Magazine in 2006 when his travelling party numbered just three people in a van: the driver, Obama and Shell. Her photographs reveal Obama's private, unguarded side, his repose with his family, and capture the awe and excitement his campaign generated . 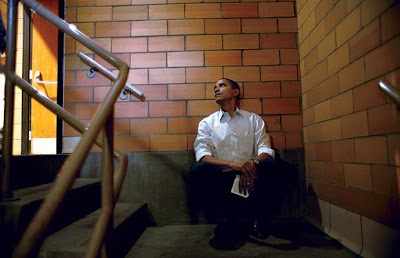 November 7 2007 : Ready for showtime. Drumming up support in county after county, Obama, in a rare solitary moment, waits in a stairwell before addressing a crowd in Muscatine, Iowa. 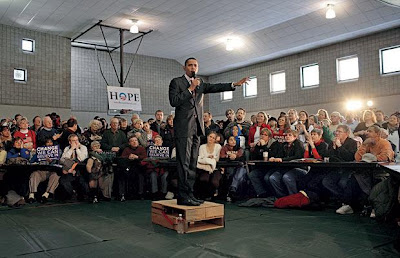 January 1 2008 : Strategist. To create his army of volunteers, Obama worked to energise groups like this one, at a gym in Davenport, Iowa. 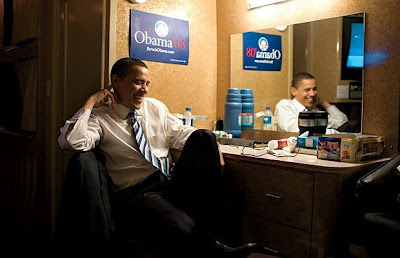 January 6 2008 : Mr Cool. With two days to go before the New Hampshire primary, while facing sharp attacks from Hillary Clinton, Obama kicks back on the campaign bus 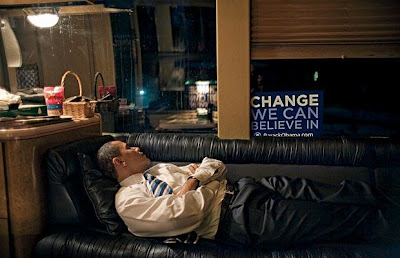 January 6 2008 : Rest for the weary. In the middle of a long day of events in New Hampshire, Obama grabs a quick nap on his campaign bus as he heads to another rally. 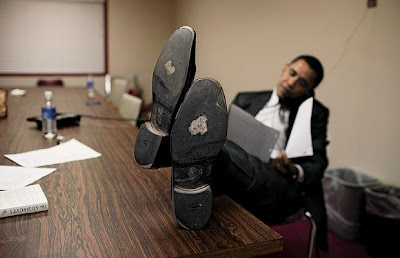 March 1 2008 : Footsore. His shoes worn down by campaigning, Obama conducts press interviews on the phone after a rally at Rhode Island College in Providence. 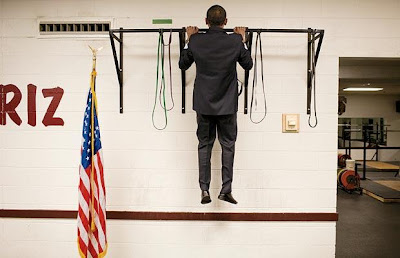 April 5 2008 : Competitive streak. Not to be outsone by two aides who each did a pair of pull-ups, Obama does three before stepping out to address the crowd at the University of Montana. 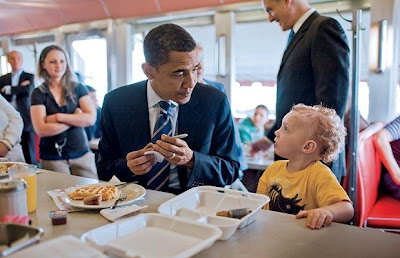 April 21 2008 : Explaining his health plan. Obama pops in to greet locals, including this curious young man, at a diner in Scranton, a day before the Pennsylvania primary. 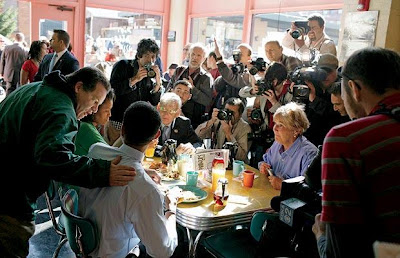 April 22 2008 : Fuelling up. With Michelle (and a large press corps) on hand, Obama grabs a bite at a Pittsburgh diner on the morning of the Pennsylvania primary. 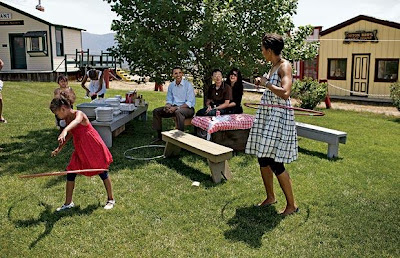 July 4 2008 : Hooping it up. Even at the height of the campaign, there were moments of levity, as at this Independence Day picnic in Butte, Montana. 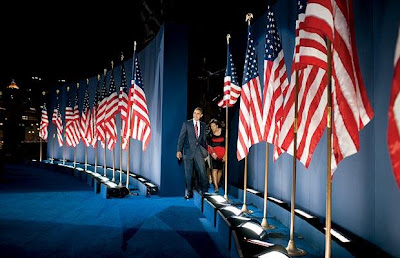 Visit 13above For More Fun
Posted by Editor John at Thursday, December 11, 2008