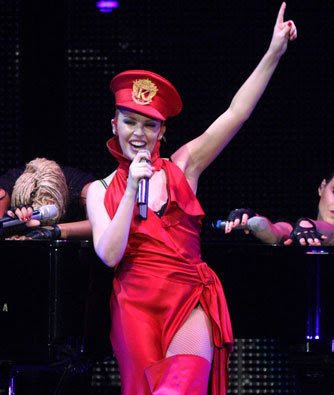 If a woman wants to drive the men wild, she might want to dress in red. Men rated a woman shown in photographs as more sexually attractive if she was wearing red clothing or if she was shown in an image framed by a red border rather than some other colour, US researchers said. In photo: Kylie Minogue performs on June 26, 2008 in Belfast, Northern Ireland. The concert is part of her KYLIE X 2008 Tour. 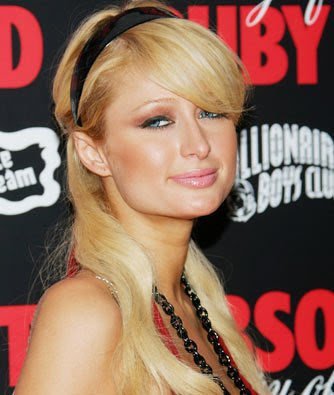 The study led by psychology professor Andrew Elliot of the University of Rochester in Rochester, New York, seemed to confirm red as the colour of romance - as so many Valentine's Day card makers and lipstick sellers have believed for years. In photo: Actress/singer Paris Hilton arrives at the Pharrell Williams & Absolut Ruby Red Pre-VMA Bash at Chinatown Brasserie.. 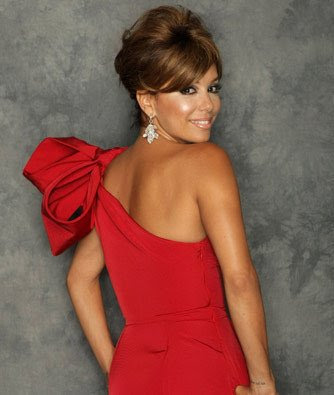 Although this 'red alert' may be a product of human society associating red with love for eons, it also may arise from more primitive biological roots, Elliot said. In photo: Host Eva Longoria Parker poses for a portrait during the 2008 ALMA Awards held at the Pasadena Civic Auditorium 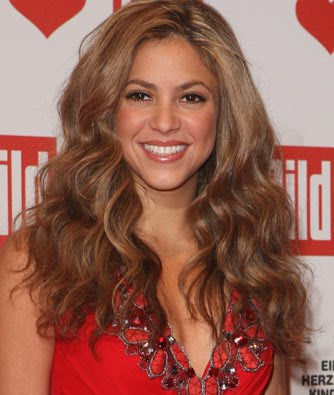 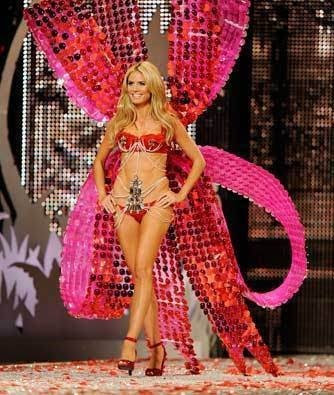 'It could be this very deep, biologically based automatic tendency to respond to red as an attraction cue given our evolutionary heritage,' Elliot, whose findings appear in the Journal of Personality and Social Psychology, said in a telephone interview. In photo: Victoria's Secret Angel Heidi Klum walks the runaway during the 2008 Victoria's Secret Fashion Show at the Fontainebleau.. 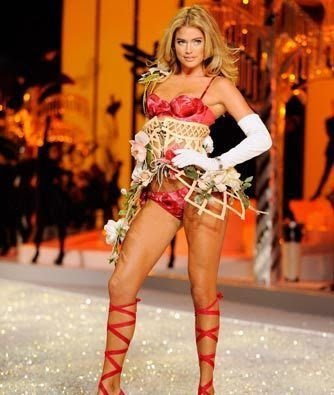 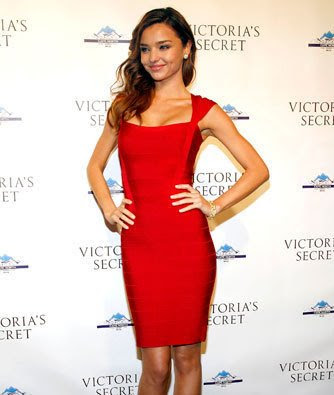 Men were shown a woman, with some of the pictures bordered in red and some bordered in white, gray or green. Even though it was the same picture of the same woman, when she was framed in red the men rated her as more attractive than when she was bordered by another colour. In photo: Miranda Kerr attends the grand opening cocktail party for the new Victoria Secret Lexington Avenue Flagship Store .. 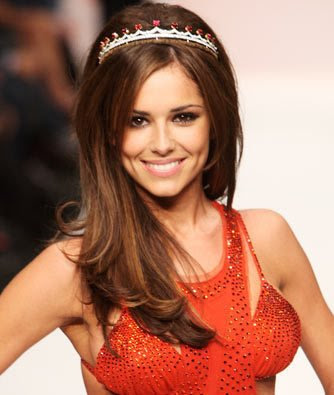 Men were then shown photographs of a woman that were identical except that the researchers digitally made her shirt red in some versions or blue in others. And once again, the men strongly favoured the woman in red. In photo: Cheryl Cole walks down the catwalk during the Fashion For Relief fashion show at London Fashion Week Spring.. 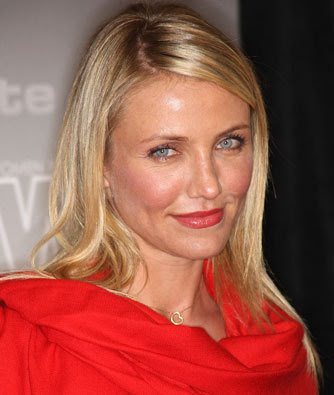 The men also were asked, 'Imagine that you are going on a date with this person and have $100 in your wallet. How much money would you be willing to spend on your date?' When she was clad in red, the men said they would spend more money on her. In photo: Actress Cameron Diaz arrives at the Women In Film's 2008 Crystal Lucy Awards held at the Beverly Hilton.. 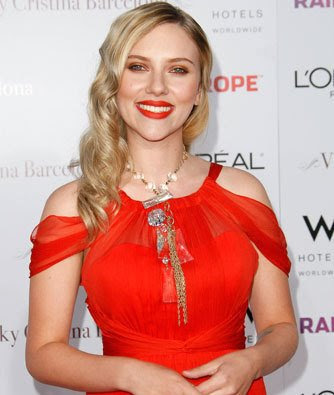 The researchers noted that the colour red did not alter how men rated the women in the photographs in terms of likability, intelligence or kindness - only attractiveness. In Photo : Actress Scarlett Johansson arrives at te premiere of Weinstein Company's 'Vicky Cristina Barcelona' at the Mann Village Theater. 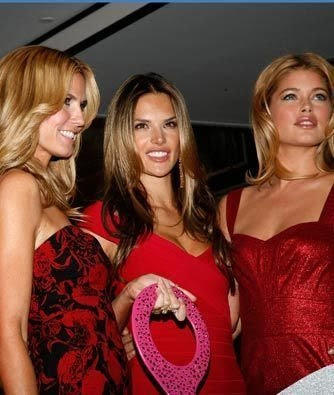 The researchers then had a group of young women rate whether the pictured woman was pretty. Red had no impact on whether women rated other women as pretty, they found. Gay men and colour blind men were excluded from the study.

Visit 13above For More Fun
Posted by Editor John at Wednesday, December 24, 2008