President Barack Obama has signed into law a bill giving the government historic powers to curb cigarette makers, declaring the move emblematic of the change he is bringing to Washington.Mr Obama affixed his signature to the measure with a nod to his own struggles to kick the habit, and lamented the fact that 1,000 people under the age of 18 become regular smokers every day,
courting a range of grave health risks. 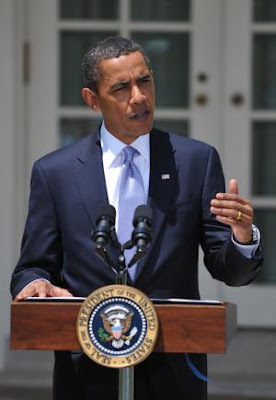 "I know, I was one of these teenagers, and so I know how difficult it can be to break this habit when it's been with you for a long time," he said."I also know that kids today don't just start smoking for no reason – they're aggressively targeted as customers by the tobacco industry.

"They're exposed to a constant and insidious barrage of advertising where they live, where they learn, and where they play."

The law grants the Food and Drug Administration (FDA), a regulatory body, the authority to ban flavorings added to some tobacco products and require tough new warning labels, in a bid to lessen tobacco use among young people.Mr Obama argued that the bill's passage was just the latest sign that he was living up to his promise to forge fundamental political reform.

"When I ran for president, I did so because I believed that, despite the power of the status qua and the influence of special interests, it was possible for us to bring change to Washington," he said.

"And today, despite decades of lobbying and advertising by the tobacco industry, we passed a law to help protect the next generation of Americans from growing up with a deadly habit that so many of our generation have lived with."

Under the new law, the FDA will create a new Center for Tobacco Products to oversee the science-based regulation of tobacco products in the United States.It bans cigarettes dominantly flavoured with candy, fruit and spice by October this year, and forces tobacco firms and importers to submit information to the FDA about ingredients and additives in tobacco products.
The measure places strict limits on tobacco advertising in publications with a significant teenage readership, and bans the use of words like "mild" or "light" in advertisements that make tobacco products seem safer.The FDA will now be required to enforce a rule banning all outdoor tobacco advertising within 1,000 feet of schools and playgrounds, and the bill ends all tobacco-brand sponsorship of sport and entertainment events.

Under the measure, tobacco companies must disclose to the FDA the ingredients in their products, and allow the agency to require changes to protect public health, though not to reduce nicotine content to zero or ban a class of tobacco products.Larger and more specific health warnings will now have to cover the top third of the front and rear panels of tobacco product
packages and the FDA will have the power to require graphic warning labels that cover half of the front and rear panels. 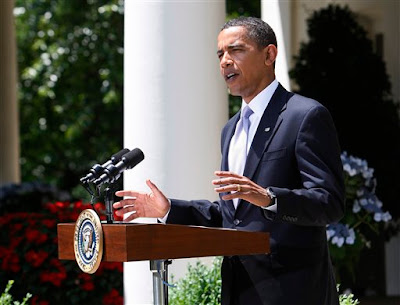 1. Cigarette packages will have warning labels that cover 50 percent of the front and rear. The word "warning" must be included in capital letters.

2. Any remaining tobacco-related sponsorships of sports and entertainment events will be banned, as will giveaways of non-tobacco items with the purchase of a tobacco product. A federal ban will be imposed on all outdoor tobacco advertising within 1,000 feet of schools and playgrounds.

3. Point-of-sale advertising will be limited to adults-only facilities, and remaining vending machines will disappear except in places restricted to adults. Retailers who sell to minors will be subject to federal enforcement and penalties.

4. Smokers, particularly the younger crowd, will find they can no longer buy cigarettes sweetened by candy flavors or any herb or spices such as strawberry, grape, orange, clove, cinnamon or vanilla. Cigarettes advertised as "light" or "mild," giving the impression that they aren't as harmful to health, will no longer be found on store shelves. 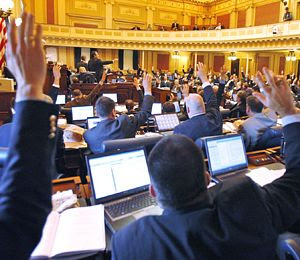