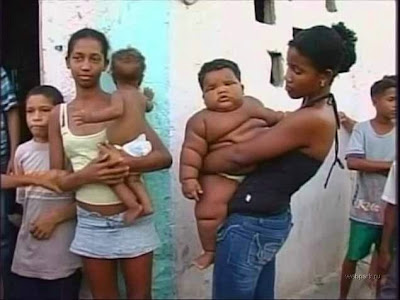 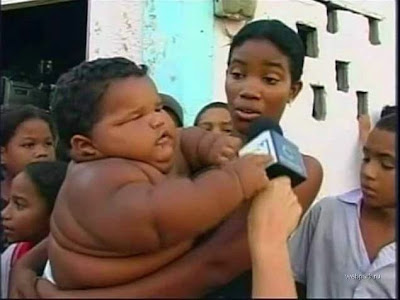 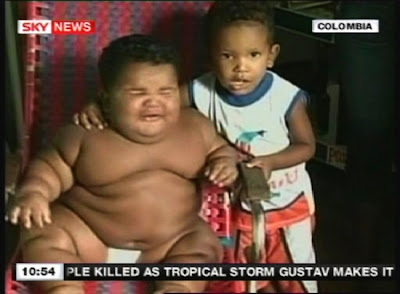 This bundle of blubber may only be 11 months old, but he is already the size of an eight-year-old.The giant baby tips the scales at a whopping 61lbs 12oz (28kg) and stands four and a half stone larger than his older brother. Due to his hefty frame the toddler also has to wear huge nappies. 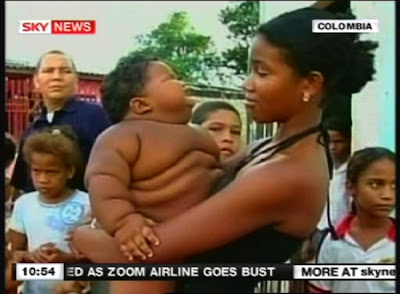 The baby has had undergone a number of medical examinations which suggest he may have a problem with his endocrine system.

Ms Orosco said: 'He had some tests done and the results show that he has a thyroid malfunction.

'Then, he had a cardiogram test done and that test shows that he has the bones of an eight-year-old boy, but they have not told me where that came from.'

The normal weight for a boy his age is between 13lbs 4oz and 15lbs 7oz (6-7kg) and now baffled doctors in Colombia are trying to work out how he became so big.

Doctor David Dias, of the Barranquilla Pediatric Hospital, said: 'The baby will undergo more tests to see if he's obese or we're dealing with hyperthyroidism.'
Source
Visit 13above For More Fun