Bush Looking Intoxicated In The Olympics 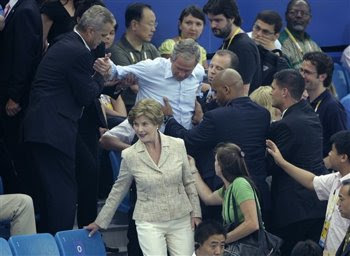 No one's saying teetotaling President Bush would actually try and sneak some shots of alcohol while enjoying himself at the Beijing Olympics as his apocalyptically bad presidency recedes into history. That's the sort of thing you'd read in, say, the National Enquirer, which as everyone knows is full of trashy tabloid lies. Besides, the president doesn't have to consume actual alcohol to act like a bumbling fraternity president. Still, it's worth noting that Bush has been doing a funny/terrifying impersonation of a drunk president for all the press photographers at the Olympics. He's even got the red face thing down! After the jump, enjoy a photo gallery of the president looking his most wasted, from that beach volleyball embarrassment to daughter Barbara looking embarrassed next to Bush at a swimming match, plus some of the other ones Wonkette found on Four Winds 10 last night and some other ones thrown in for fun. 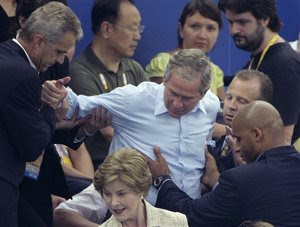 The AP caption reads, "U.S. President George W. Bush stumbles as he and his wife Laura, front, arrive to watch the swimming competitions." So it's not that he's having trouble standing, as some have suggested. It's sitting that's the problem. Totally different. 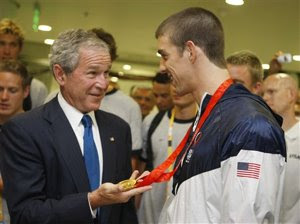 "This is all you have to show for the past four years of your life?" Note the nose. 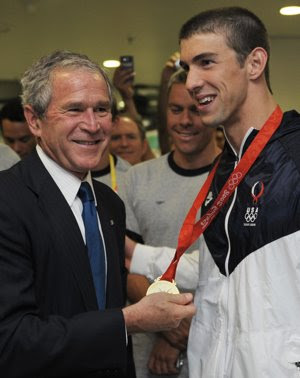 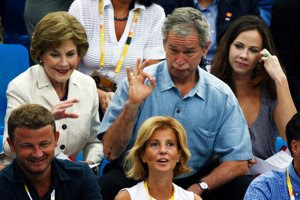 "Nice flip turn or whatever, dude." 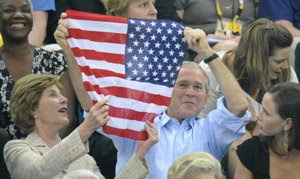 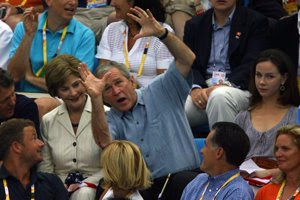 "Now you've gone and embarrassed yourself in front of both of Mitt's wives. Ugh." 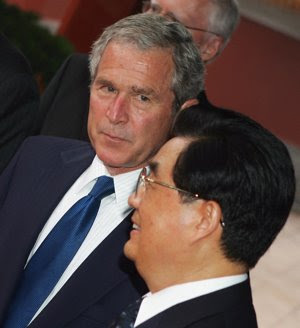 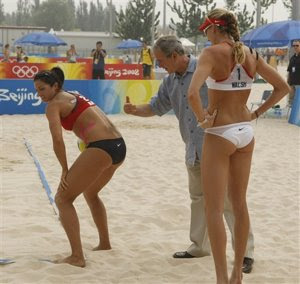 To be fair, she asked him to back-spank her. 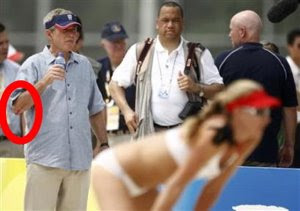 Source
Visit 13above For More Fun
Posted by Editor John at Tuesday, August 12, 2008