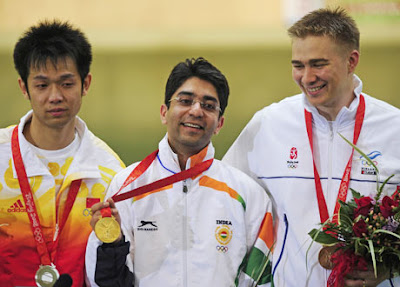 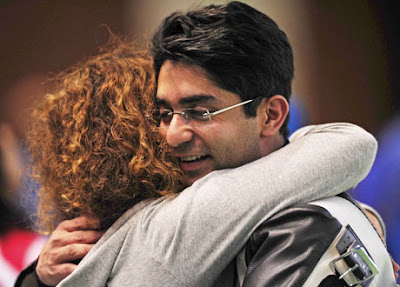 Gold medallist Abhinav Bindra of India is hugged by his coach Gabriele Buhlmann after the finals. 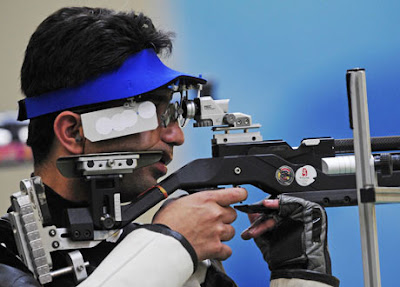 "He is the best shooter in the world and I think his is a morale boosting feat for everyone in the contingent," a jubilant Indian Olympic Association President Suresh Kalmadi said after Bindra's win.

"We are all very happy. He is a very hardworking athlete. The entire shooting contingent is celebrating. We are very proud of him and it is just the beginning," national coach Sunny Thomas said.

Source
Visit 13above for more fun
Posted by Editor John at Sunday, August 10, 2008