Top 10 Most Worst Inventions Ever 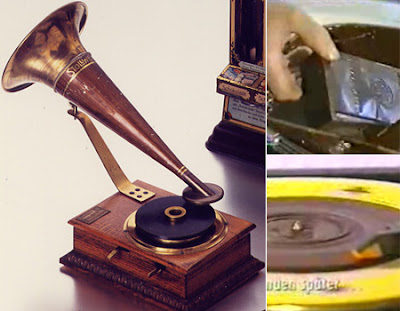 Chocolate record phonograph (1903) ... have you ever imagined eating your unwanted records? Well, perhaps you would have if they were made of chocolate.

The Stollwerck Chocolate Company in Germany turned this strange dream into a short-lived reality. They designed phonographs that were powered by a small clock motor and could play records made of chocolate.

In a big disappointment for chocolate lovers, the invention failed because the phonographs were too fragile, had noisy motors and mediocre sound quality. 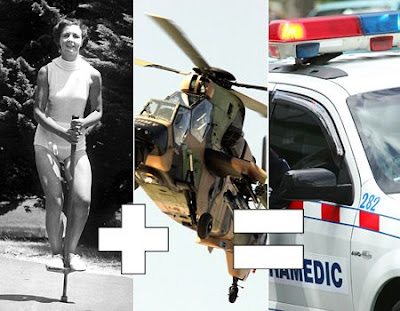 Harold's Pogo-Copter (1967) ... jumping up and down on a pogo stick not exciting enough for you? How about one connected to a propeller that whizzes around just over your head? The Pogo-Copter combines the right amount of danger, excitement and stupidity for adrenalin-junkies.

Take a standard pogo stick and add a propeller, throttle and helicopter engine. The copter's blades spin around dangerously close to your head, sending you high into the air where you "float like you're on a cloud" before crashing back down to earth — hopefully, with your head still attached. 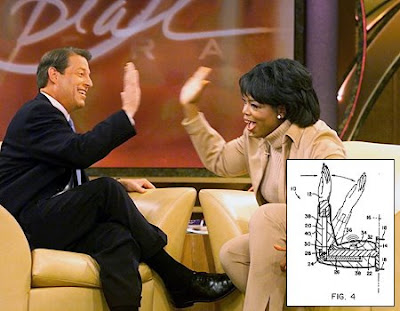 High five simulator (1993) .... ever been at home alone watching sports and felt the sudden urge to give someone a high-five? Well, with this invention you can.

One of the most depressing devices in history, this "apparatus for simulating a high-five" is a mechanical arm that pivots when struck by a user. It even includes a sound-generating system so that the high-five sounds real.

The question remains — will anyone that lonely really find this machine comforting, or will it drive them to more despair? 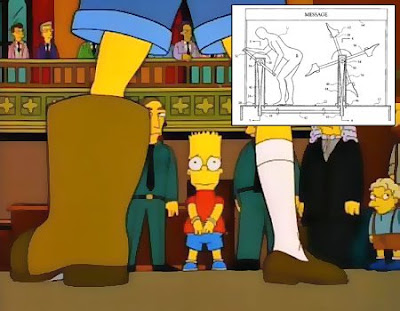 Apparatus for kicking the user's buttocks (2000) ... if you're not entertained by a high-five machine, why not kick your own butt? With this device invented "for self-infliction of repetitive blows to the user's buttocks" you can now literally act out the old saying "I could just kick myself".

This "amusement apparatus" has elongated arms that rotate when the user moves the hand crank. As the user rotates it their buttocks are paddled by flexible shoes located on the arms. Depending on how strong and fast you are, you can kick to your ass's content. A very strange form of torture! 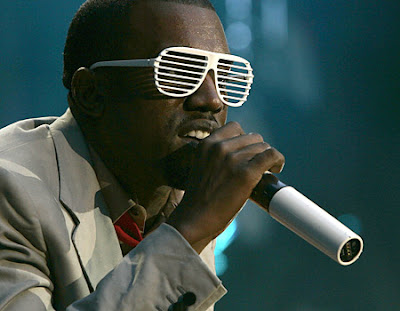 Venetian-blind glasses (1941) ... far from fashionable, these glasses had tiny blinds built over the top of the lenses, casting a shadow on the eyes to protect from the sun's glare.

Venetian-style glasses made a surprise comeback with rapper Kanye West, who recently featured these "rapper white blinds" in his music video for Stronger. A new twist on this old invention, Kanye's glasses have thick lines across the entire surface of the glasses, blocking oneÂ¿s view significantly.

Despite the inconvenience, many Kanye West fans have donned these shades for photos posted on the rapper's website. No one in the pictures can be seen walking, driving, doing anything even remotely practical or retaining their sense of dignity. 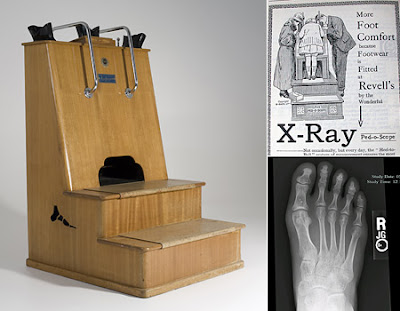 Shoe-Fitting Fluoroscope (1927) ... back in the days before anyone knew radiation was a bad thing, X-rays were a handy way to fit shoes.

Jacob Lowe patented the fluoroscope in 1927 and over 10,000 of the devices were soon found in shoe stores across the US and Europe. The "revolutionary" x-ray machine was, unfortunately, a serious health hazard.

Eventually reports of skin burns and bone stunting emerged. One woman who modelled the invention had such serious radiation burns that her leg was amputated. The machine was found to have such a high level of radiation that it was destroyed . 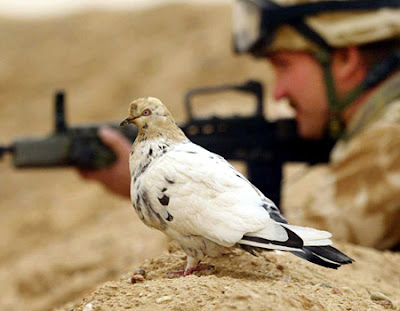 Pigeon-guided missiles (1942) ... remembered as one of the craziest weapons in history, B F Skinner's Project Pigeon invention relied on pigeons to guide missiles towards enemy targets.

The pigeons were placed inside missiles and connected to various electronics, along with a lens that projected the target onto a screen inside. The missile was steered by the pigeon pecking at the target on the screen.

The US military granted Skinner $US25,000 in funding and the pigeons performed well in his tests. However his idea was considered too weird and the project was cancelled in 1944. It was revived by the Navy in 1948, then cancelled again in 1953. 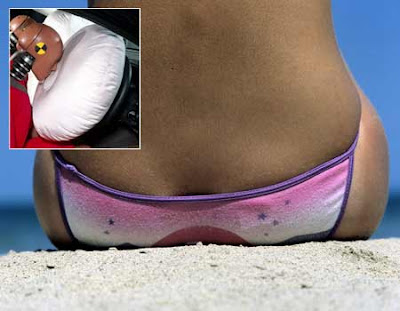 Airbag undershorts (2003) ... if falling on your behind isn't humiliating enough, why not draw even more attention to your plight by wearing inflatable underwear?

An invention seemingly designed for pure embarrassment, the system detects a fall via sensors, sending gas into balloon-like pockets and inflating your underwear. Acceleration, distance and rotation are measured to determine whether activation is required — so no dance classes with these undies on! 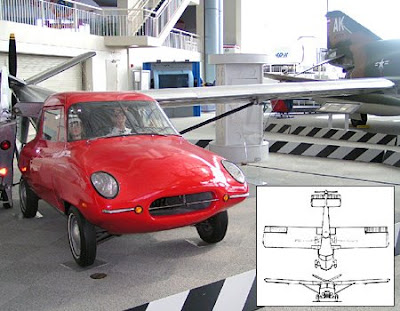 Aerocar (1949) ... the flying car is the holy grail for some inventors. The Aerocar, designed and built in Washington, was considered the most successful flying car invented. Six examples were built, but the Aerocar never entered production.

Earlier flying cars were impractical — the wings had to be attached to the car while in flight, and then removed and transported in "trailer fashion" once on land. However the Aerocar's wings were designed to fold across the car's back, solving this issue. Despite the progress made, the Aerocar remained uneconomical and unsuitable for mass production. 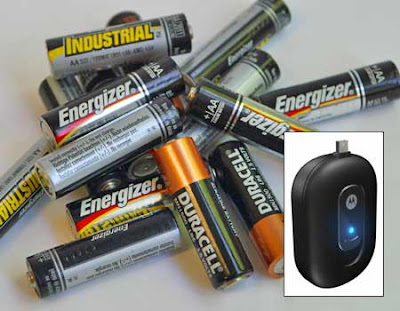 In 2006 Motorola reinvented the battery powered battery charger and gave the idea slightly more credibility with a charger that at least plugged into the wall. The P970 can be charged and then taken on the road as a second battery for gadgets with a USB input .

Visit 13above For More Fun
Posted by Editor John at Monday, November 17, 2008

Fantastic posts by you. Good work continue posting such stuffs. I am adding your story in my site.