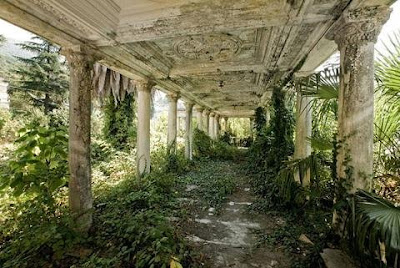 One of the more ornate abandoned places in the world this railway station in Abkhazia is a stunning relic from the collapse of the Soviet empire. Soviet era train stations were often overdone marble monuments to the working man and this was no exception. 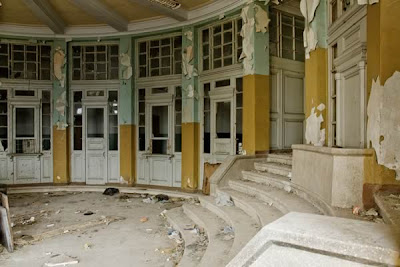 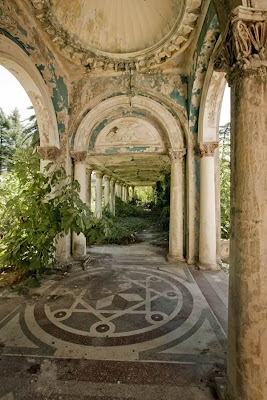 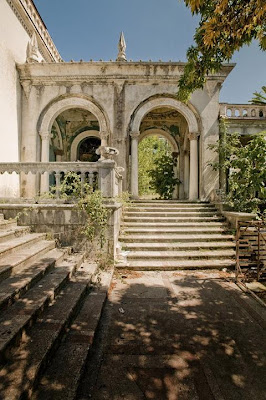 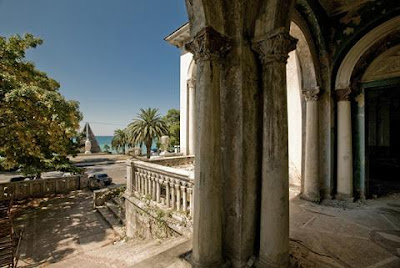 Abkhazian railways consist of a 185-kilometre (115 mi) main line along the Black Sea coast and a 36 km (22 mi) branch to Tkvarcheli. It connected Russia’s North Caucasus Railway with Georgian railways prior to 1992, however the connection with Georgia was severed as a result of the War in Abkhazia. The railway is administered by the state-run Abkhazskaya Zheleznaya Doroga company. At the beginning of 2008 there was one regular long-distance train Moscow-Sukhumi and occasional freight traffic. The railway system of Abkhazia was isolated in the 1990s due to the blockade imposed by Russia. 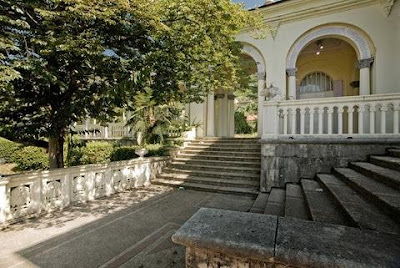 The Russian military relies on railroads to deploy heavy weapons and armor to the battlefield. The acute military, strategic and tactical importance of the railroad system in Russia explains the existence of special Railroad Troops whose task is to keep the tracks in order during and in preparation for war and to organize makeshift armor battlefield disembarkment points. 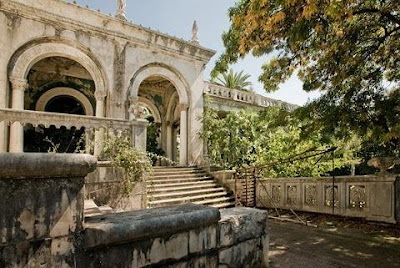 The railway was once a busy passenger route between Abkhazia and Russia and is testament to the former Soviet’s rich past. It now belongs to nature. 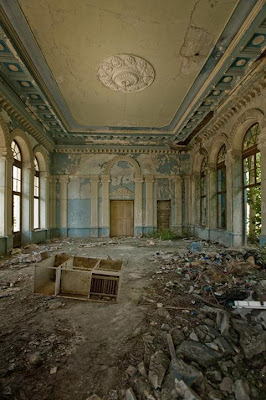 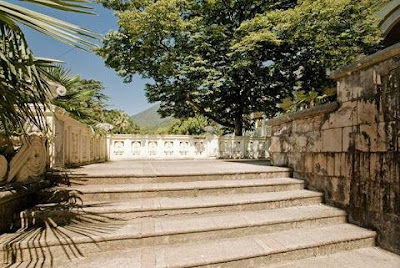 In July 2008 Russian troops repaired 54 km of Soviet-built tracks with 20 tunnels and bridges south of the Abkhaz capital Sukhumi to the coastal town of Ochamchire. The railroad was out of use since the early 1990s, a period which witnessed the collapse of the Soviet Union and the Georgia-Abkhaz war. At a colorful official ceremony in Dranda, south of Sukhumi, the commander of the Railroad Troops General Sergei Klimets told journalists that the railroad operation was “purely humanitarian” to help the people of Abkhazia. 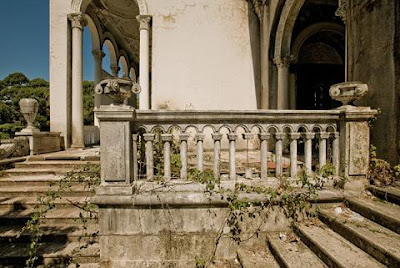 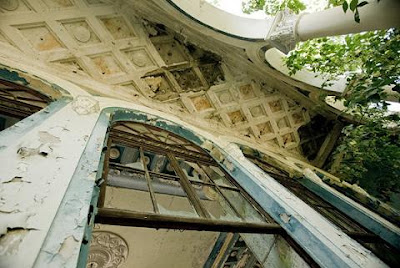 At the height of the Russian Empire buildings were grandiose, colorful and inspiring but since the collapse of the USSR some lie abandoned, as with this railway station in Abkhazia, a former Russian territory. 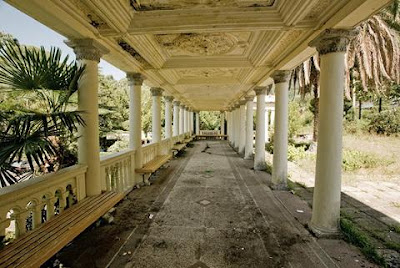 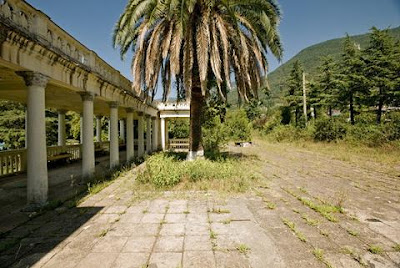 The ornate hallways, seating areas and stairwells are nothing like we’re used to today, which is a shame. If our railway stations looked this good, there would probably be a lot less complaining when the trains are delayed, or cancelled! 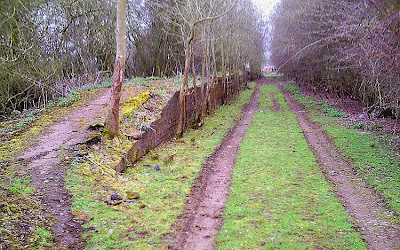 In Short : This is an abandoned railway station in Abkhazia, former Russian territory. It stays untouched since the collapse of USSR - the railway connection of Abkhazia and Russia stopped and railway station left out of demand so nature could take over the left-overs of Soviet architecture. In my opinion it reminds somehow the Prince of Persia video game scenes or scenes from the movie of the abandoned civilization after some major disaster.
Visit 13above For More Fun
Posted by Editor John at Friday, November 07, 2008

I love checking out cool places like this. Thanks for the great stories.