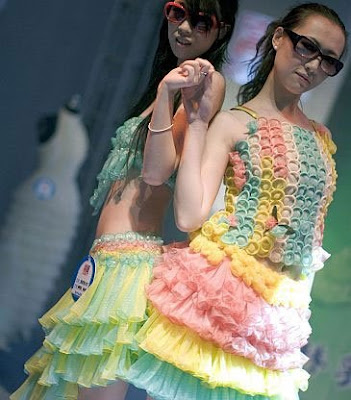 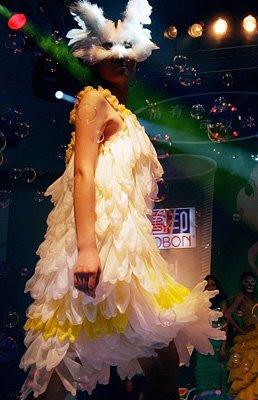 Condom Dress : Created by Brazilian artist Adriana Bertini, they are made of thousands of quality-control-rejected condoms. These colorful clothes were shown at the "Dress Up Against AIDS: Condom Couture," an exhibition at UCLA’s Fowler Museum. 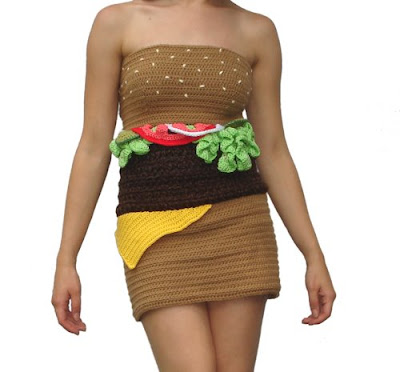 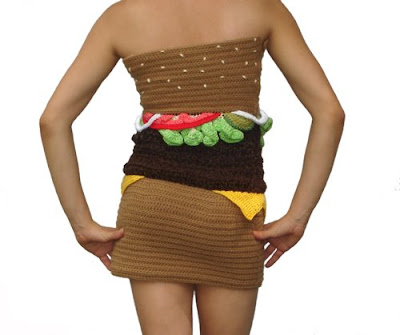 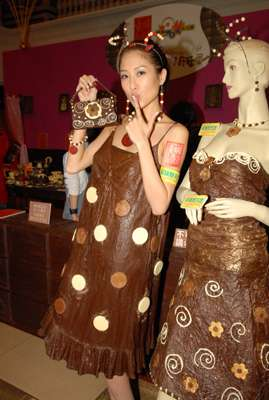 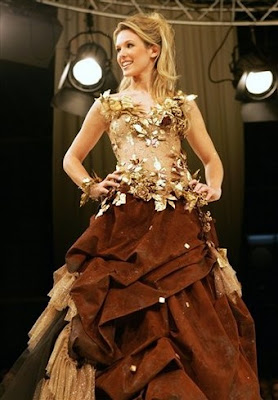 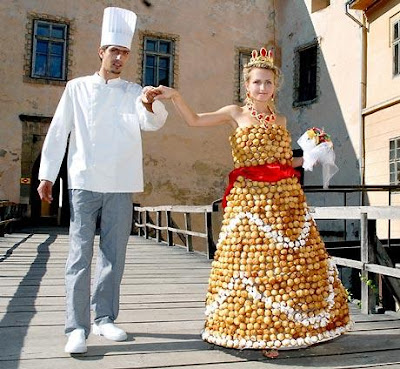 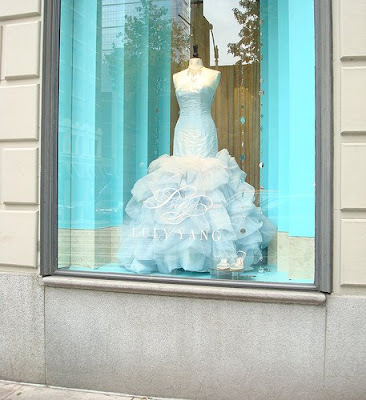 Cream Puff Dress : Creates by Valentyn Shtefano, a Chef from Ukraine, made this dress from 1,500 cream puffs for his fiancee. It took two months, with the final product weighing in at 20 pounds. 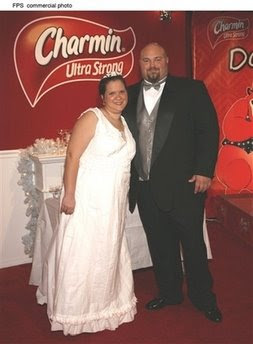 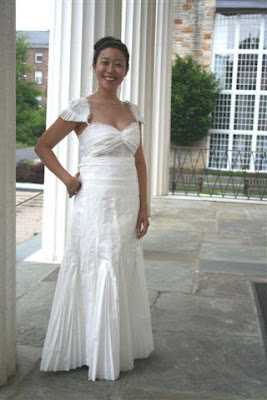 Charmin Toilet Paper Dress : Katrina Chalifoux of Illinois created this toilet paper wedding dress for a competition sponsored by "Ripley’s Believe It or Not!" 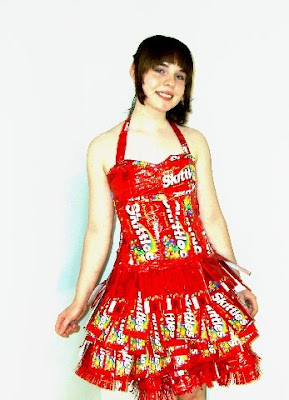 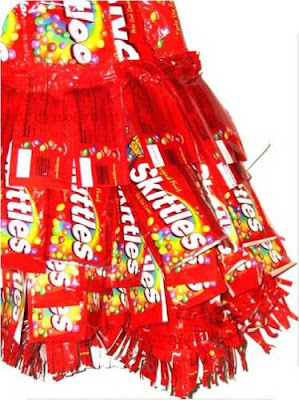 Skittles Wrapper Dress : 15 hours and 101 Skittle wrappers after, Craftster user The perilous popsicle finished her Prom dress made entirely out of this candy wrappers. 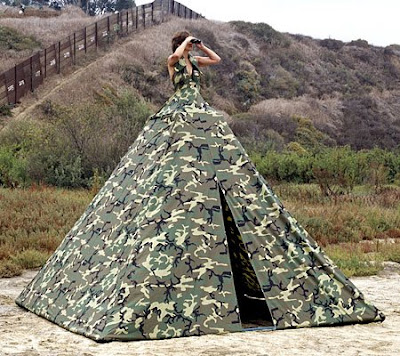 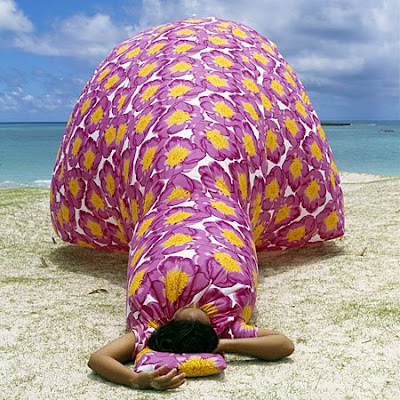 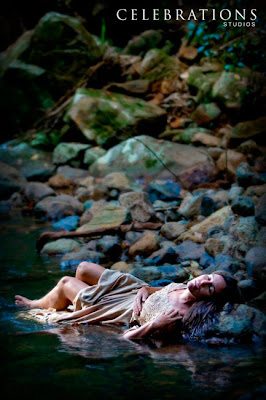 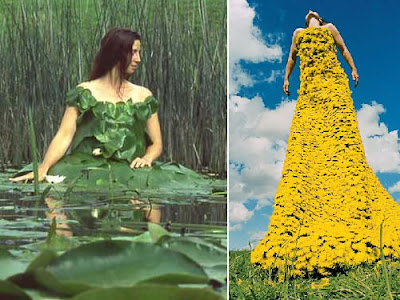 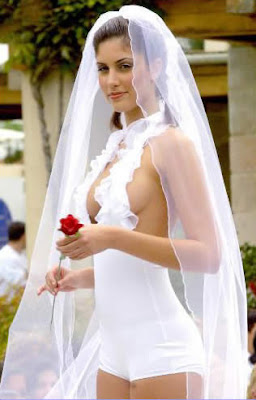 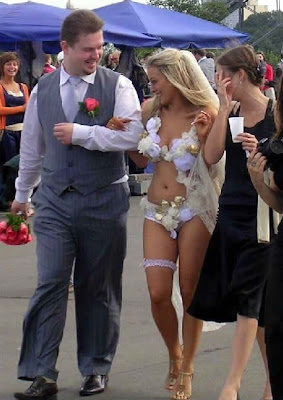 Sexiest Wedding Dress : This is the World's most sexiest wedding dress ever where no one can give such a sexy look Huh? 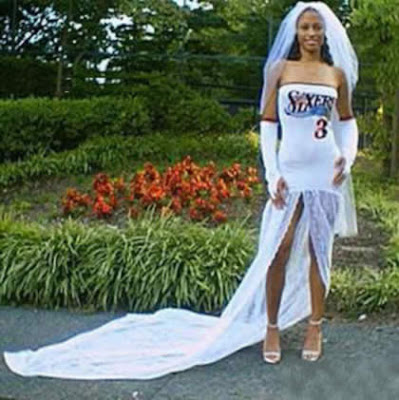 Sexiest Fan Dress : Created by the man Aka The Fans itself aka.

Visit 13above For More Fun
Posted by Editor John at Friday, November 28, 2008