Cat's Pee Is The Finest Wine In New Zealand

CAT'S pee and sweaty passionfruit are hardly flavours to make your mouth water but it seems Kiwis can't get enough of them.

These are the core aromas of New Zealand's world-leading sauvignon blanc, according to a six-year study by a team of lucky wine scientists.

The team spent more than $12m defining the flavours of the country's most popular grape variety, which has a unique flavour and character that has captured the world's interest.

They concluded it was a winning combination of sweet, sweaty passionfruit, asparagus, and cat's pee.

The tests were carried out by an expert sensory panel trained to distinguish between sixteen flavours, including canned and fresh asparagus, stone fruit, apple and snowpeas. 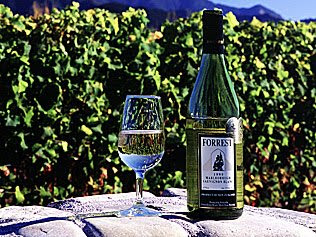 A wine region called Wairarapa, near the capital of Wellington, was found to be the top spot for cat's pee influences in the white wine.

Sauvignon blanc in the celebrated South Island wine region of Marlborough had an intense "sweet, sweaty passionfruit'' and asparagus flavour, a flavour a panel of ordinary wine drinkers ranked their favourite.

One winery, Cooper's Creek, had already caught on, calling its sauvignon blanc Cat's Pee on a Gooseberry Bush.

Sue Blackmore, a wine science lecturer at New Zealand's Lincoln University, said the flavours were only found in moderation.

"If you had a whole lot of the compounds that give you cat's pee it obviously wouldn't be great but it's amazing what a little can do.''

One wine retailer said New Zealanders would not be fazed by the unsavoury associations in their favourite wine.

"Most wouldn't stop to think about it,'' he said.

"Most people drink purely for enjoyment - they don't stop to analyse the wine.''