Amazing Sculptures Made With The Weapons Of War 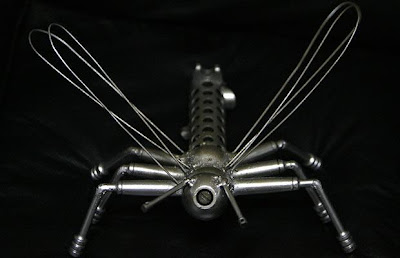 A dragonfly fashioned from a machine gun barrel is just one of the works Iraqi artists are making from weapons of war. 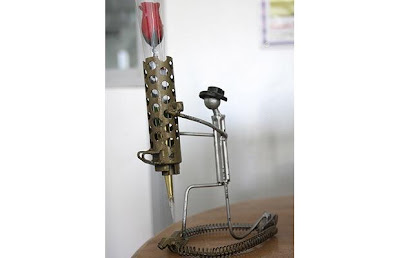 Graduates of Baghdad University's College of Fine Arts say the project they started late last year takes objects that have brought devastation to Iraq and uses them to create beautiful things instead . 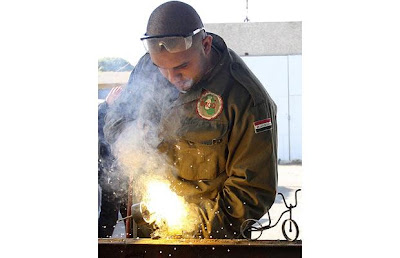 "It's a message from Baghdad to the world: we are transforming pieces of destruction into pieces of art," said sculptor Haider Muwafaq, laying down his blow torch . 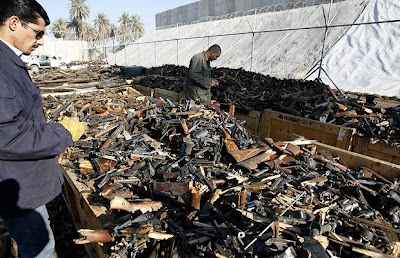 The artists are unlikely to run out of materials. Iraq is one of the region's most militarised nations, awash with old weapons from Saddam Hussein's regime and new ones smuggled in by insurgents and militiamen. 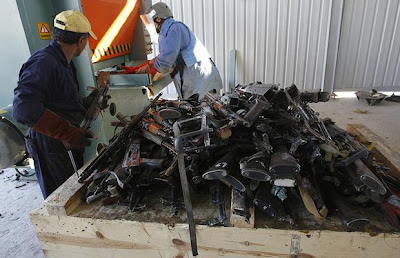 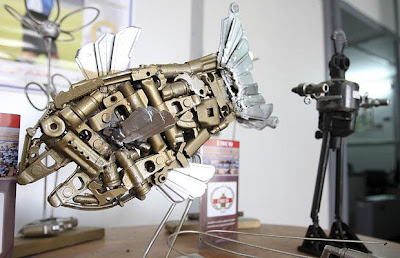 The weapons sculptures at the small workshop in central Baghdad include a scrap metal fish, a robot... 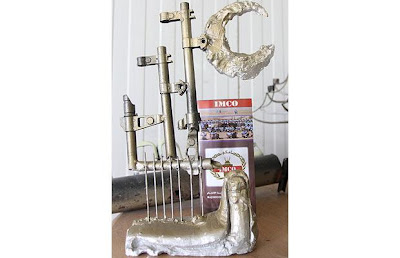 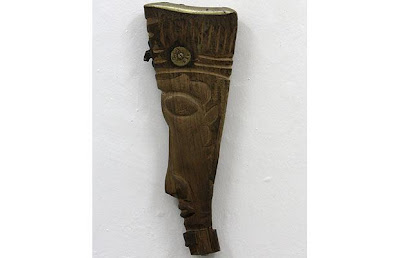 ..... and a version of the iconic bust of queen Nefertiti, wife of Pharaoh Akhenaten who was known for her beauty, carved into a rifle butt . 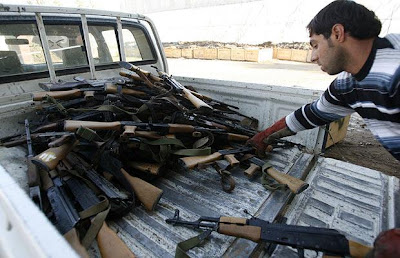 The group of artists and IMCO will open a gallery to the public in April. Cash from sales will go to orphanages keeping children who have been wounded by bombs or landmines, they said ..

Visit 13above For More Fun
Posted by Editor John at Wednesday, January 14, 2009