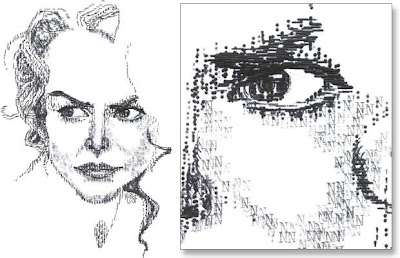 This portrait of Nicole Kidman proves that some pictures really are worth a thousand words. A close-up [inset right] reveals that it was "drawn" on a typewriter . 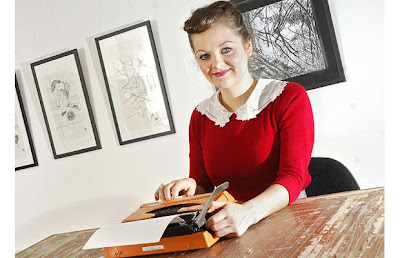 Keira Rathbone spends up to 90 hours on each picture, hammering away on a variety of letters and punctuation marks thousands and thousands of times .. 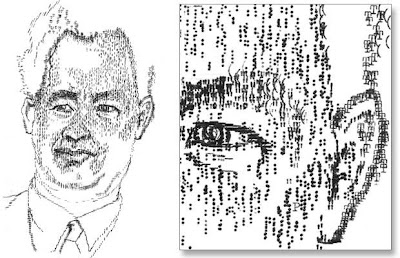 Where most people's efforts would only produce a smiley face on the end of an email, Keira has typed detailed pictures of celebrities such as Tom Hanks... 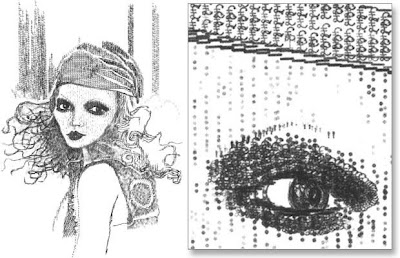 .... and Kate Moss. Keira, from Poole, Dorset, discovered her talent after buying a 1960s typewriter for £5 in a charity shop . 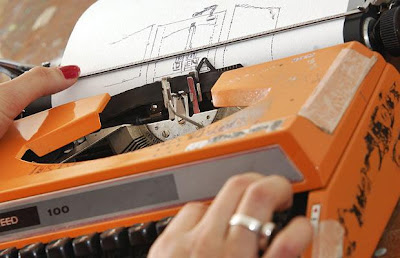 She uses her right index finger to bash out the letters while her left hand winds the paper up and down .. 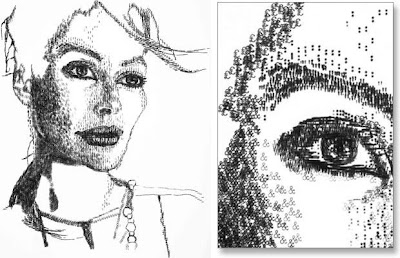 She frantically types over the same area several times to create dark shading and uses just a few letters for the lighter patches... 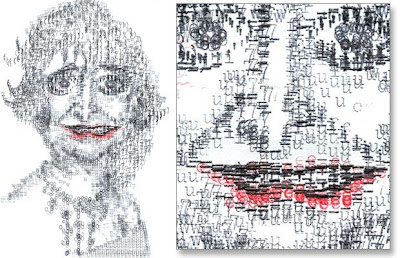 ...and she sometimes uses the red typewriter ribbon to add a dash of colour . 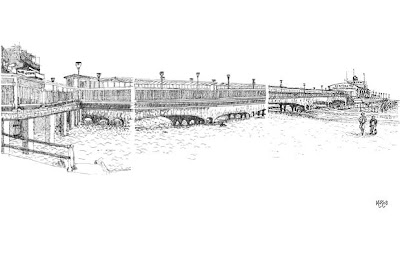 This detailed picture of Bournemouth Pier in Dorset took 90 hours of hard work .. 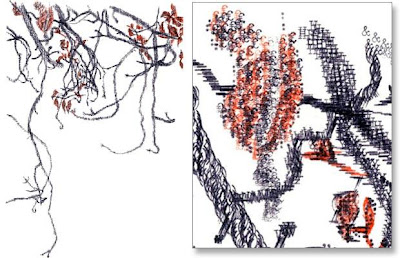 "I mainly use a lot of dashes, colons, forward slashes and brackets, and have done landscapes, plants and portraits," she adds 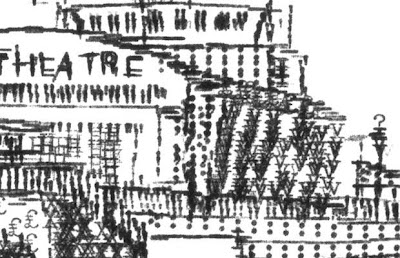 Keira says: "I build up the shading by going over the same section of paper a number of times. Surprisingly I only get through about one ink ribbon a year" 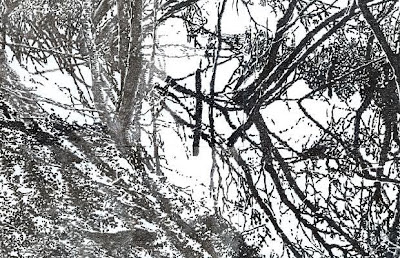 Keira has just launched an exhibition of her work at the Grove Studio in Southbourne, Bournemouth ..