Throughout the history of the world, starting with the church, censors have been put on many different things. The church was able to create a list of banned works, and many of the books were burned. The first list of banned books came from Pope Paul IV who established The Index of Prohibited Books to protect Catholics from controversial ideas. However, authors found ways to get around these censors. Many just published in a nearby country.

Whether it is for political reasons, religious reasons, or some other reason, books, to this day, continue to be banned, extremely looked down upon, or challenged harshly. As for me, I believe it’s completely ludicrous. Who says anyone has to right to ban someone else’s hard work and ideas? In any case, here are the top ten banned and rejected books ... check it out and tell me if I had missed out something from the list.. 1. The Color Purple : “I see Sofia and I don’t know why she still alive. They crack her skull, they crack her ribs. They tear her nose loose on one side. They blind her in one eye. She swole from head to foot. Her tongue the size of my arm, it stick out tween her teef like a piece of rubber. She can’t talk. And she just about the color of eggplant.”

A novel written by Alice Walker, The Color Purple depicts the life of a young black girl, Celie, who speaks about her life in letters to God. Celie has been raped by her stepfather, beat by her much older husband, and is basically alone. The book expresses what life is like in the deep south through the eyes of a black female. It has been banned because of its extreme and graphic violence, troubling ideas about relations between races, African history, human sexuality, and man’s relationship with God. 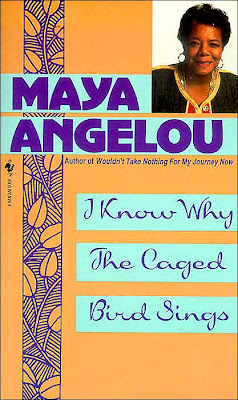 2. I Know Why the Caged Bird Sings : “If growing up is painful for the Southern Black girl, being aware of her displacement is the rust on the razor that threatens the throat. It is an unnecessary insult.”

This novel is an autobiography of the early life of Maya Angelou. It is able to show how trauma and racism can be overcome by strength and a love of literature. Angelou is able to depict her life from age three to age 17, in Stamps Arkansas. She at first lives with her older brother, and in the end becomes a parent. Throughout the novel, there is a lot of racism and violence, including rape. The book has been banned because of its explicit scenes of rape and other sexual abuse, as well as violence, homosexuality, and vulgar language. 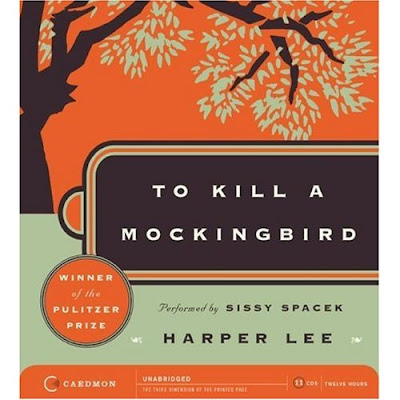 3. To Kill a Mockingbird : “So it took an eight-year-old child to bring ‘em to their senses…. That proves something - that a gang of wild animals can be stopped, simply because they’re still human. Hmp, maybe we need a police force of children.”

Published in 1960, To Kill a Mockingbird became popular quick, and eventually won a Pulitzer Prize. It was immediately successful and has been said to be a classic of modern American fiction. The book is known for its humor and warmth while still dealing with critical and serious issues such as racism, rape, and loss of innocence. Many see the book’s famous character, Atticus Finch, as being a hero both morally and racially. However, the book has been challenged many times because of how it deals with race issues. It is extremely prejudice and stereotypical. The novel also portrays an assault that is somewhat sexual, resulting in a rape. Vulgar language, including the “n” word, is also used. 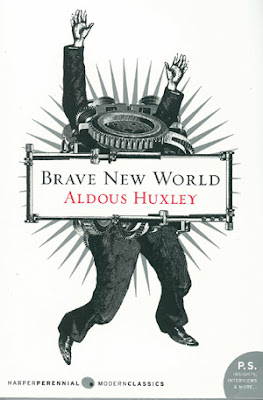 4. Brave New World : " We can make a new one with the greatest ease-as many as we like. Unorthodoxy threatens more than the life of a mere individual; it strikes at Society itself.”

Written in 1932 by Aldous Huxley, this book revolves around a setting of a drugged, dull and mass society. The book takes place in the future, but it doesn’t provide much hope for generations to come. The book is a parody of a utopian society. The novel explained much disdain for youth, as well as a culture that is driven by the market. The book has been banned for its strong themes of drugs, sexuality, and suicide. In the novel, something as minute as chewing gum is seen as a way to deliver sex hormones, and pornographic films are spread around like free candy. Simply, Brave New World has been banned and challenged for its negativity, the latest being in 1993. 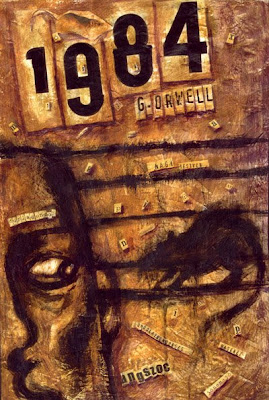 Written by George Orwell in 1949, 1984 is a novel that depicts an extremely grim future of society. The society has no free will, truth, or privacy. The book was first banned in 1984 by the American Library Association because of its “bleak warning of totalitarian government and censorship.” Many see the novel as one that is expressing immoral themes, as well as being pro-Communist. The book tosses around the idea of “Big Brother,” which is still highly influential and popular in culture today. The book has also been challenged for sexual themes. 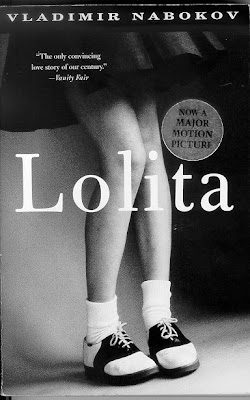 6. Lolita : " A normal man given a group photograph of school girl or Girl Scouts and asked to point out the comeliest one will not necessarily choose the nymphet among them. You have to be an artist and a madman, a creature of infinite melancholy, with a bubble of hot poison in your loins and a super-voluptuous flame permanently aglow in your subtle spine…”

This 1955 novel written by Vladimir Nabokov, analyzes the mind of a highly intelligent, self-loathing man named Humber Humbert, who is a pedophile and has an extreme obsession for “nymphets,” which are young girls, generally around the age of 12. Lolita was first published by a French pornographic press after being rejected by four publishing firms, but soon after, it was banned in France for being obscene. It was also banned in South Africa, New Zealand, England, and Argentina. However, the book was never really banned in the U.S. because when it was published, sexuality and teenage sex weren’t out of the norm. In any case, most countries have challenged the book because of its portrayal of a sexual relationship between a child. 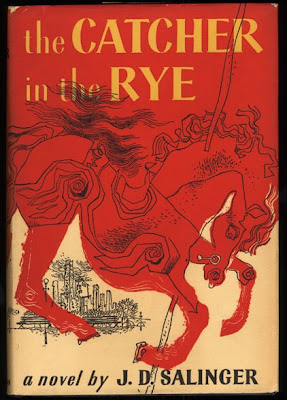 7. Catcher in the Rye : “Sex is something I really don’t understand too hot. You never know where the hell you are. I keep making up these sex rules for myself, and then I break them right away. Last year I made a rule that I was going to quit horsing around with girls that, deep down, gave me a pain in the ass. I broke it, though, the same week I made it - the same night, as a matter of fact.”

Written by J.D. Salinger, Catcher in the Rye became a best-seller weeks within its release in 1951. The novel explains three days in the life of a 16 year old boy, who is seen as extremely troubled. It is a true expression of teenage angst and rebellion against adults, and many have challenged the book because they fear younger people will look up to Holden, the main character. The book first caused controversy in 1960 when a school principal fired a teacher for using the novel as part of an 11th grade class. Many states around the country have issues with the book, some saying it is “anti-white,” while others express that it puts too much emphasis on slang, sex, violence, and issues with morals. 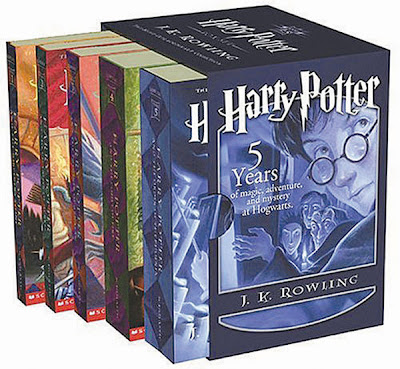 8. Harry Potter Series : "As much money and life as you could want! The two things most human beings would choose above all - the trouble is, humans do have a knack of choosing precisely those things that are worst for them.”

The most recent books on the list, the Harry Potter series tell the tale and adventures of a young boy named Harry Potter, who is a wizard, and his friends Ron and Hermione. The central theme of the book is a struggle against evil, Lord Voldemort, who killed Harry’s parents. Since the first book’s publishing in 1997, the series has been under much scrutiny. In 2001, parents from all over the U.S. and other parts of the world challenged the book because of its witchcraft, violence, the occult, and its overall scariness. Years later, the series is still banned and challenged for the same reasons, including lying, cheating, stealing, ghosts, and promoting Wicca ideology. 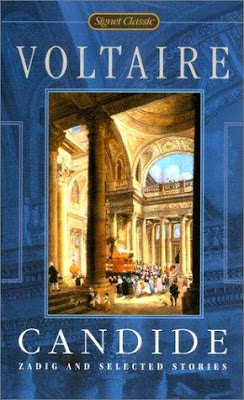 9. Candide : “’What! Have you no monks to teach, to dispute, to govern, to intrigue and to burn people who do not agree with them?”

A great book of great satire! Candide is a classic French novel that satirizes all things that many saw sacred in its day. Churches, philosophers, armies, and rulers were all poked fun at. Voltaire, through the use of satire and funny phrases, was doing nothing more than trying to express a man finding the best of all possible worlds while going through some of the worst things that could ever happen in life. The Great Council of Geneva banned the book after its release, but more than 30,000 copies sold in a year. In 1930, U.S. Customs seized Harvard-bound copies of Candide, and then in 1944 the U.S. Post Office wanted the book dropped from Concord Books. 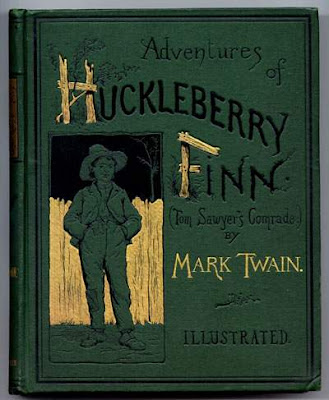 10. The Adventures of Huckleberry Finn : “I knowed he was white inside, and I reckoned he’d say what he did say - so it was all right, now, and I told Tom I was agoing for a doctor.”

This book, written by Mark Twain, has been banned in many different places since it was published. Huckleberry Finn is a story of a young boy, Huck, and a runaway slave, Jim, who travel down the Mississippi in order to escape “sivilization.” Here in the U.S., the book was banned in 1885, a year after it was published. At first, the book was banned for its use of slang, which was seen as demeaning. Over time, the focus shifted towards the fact that the novel uses the “n” word so many times, in fact over 200 times. Many cannot get around the fact that such a derogatory word is used so much. Readers often substitute the word with “slave” or “servant.” Despite much controversy, many of the most famous writers, such as Ernest Hemingway, see the book as a great piece of literature, as do many readers.

Visit 13above For More Fun
Posted by Editor John at Tuesday, January 06, 2009

Hope you doing great.. I gone through this blog. it became more informative I want tell you thanks.. why because I got more details from this..