NASA's Spacesuits Revolution To Rule The Space...Over The Year !!

Just one day to go to celebrate the 40th anniversary of the first moon landing. On this grate occasion we can't forget the the important role of NASA's spacesuits.

Time has changed and so the NASA's spacesuits.Take a quick look how these spacesuits help astronauts to rule on space.. 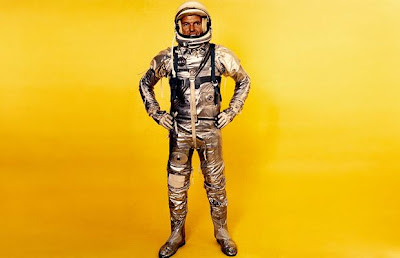 Gordon Cooper, one of NASA's original seven astronauts chosen in 1959, poses in his Mercury
flight suit. A modified version of a US Navy High Altitude Jet aircraft pressure suit, it had an
inner layer of Neoprene-coated nylon and an outer layer of aluminised nylon 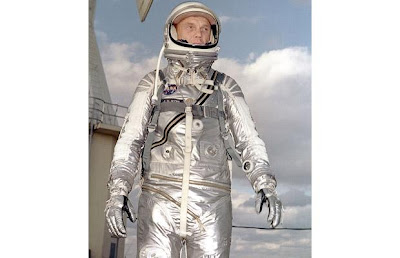 John Glenn, who became the first American to orbit the Earth in 1962, poses in a Mercury suit.
Glenn is the only astronaut to fly in space wearing a both a Mercury suit and a shuttle suit 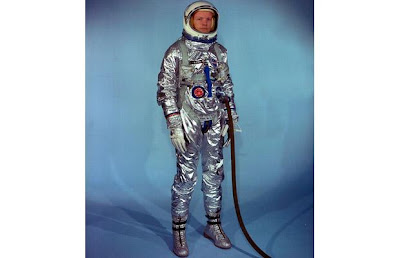 Future moonwalker Neil Armstrong in his Gemini G-2C Training Suit. Unlike the 'soft' Mercury
suit, the whole Gemini suit was made to be flexible when pressurized 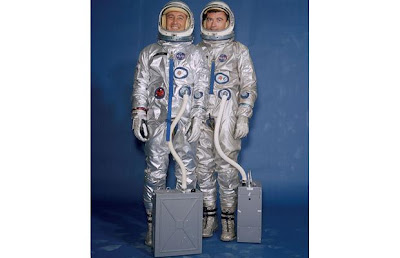 Gus Grissom and John Young flew the first Gemini mission in March 1965. Here they pose in their flight suits with the portable suit air conditioners connected 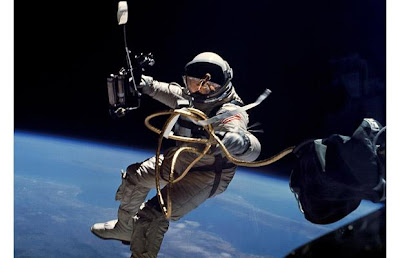 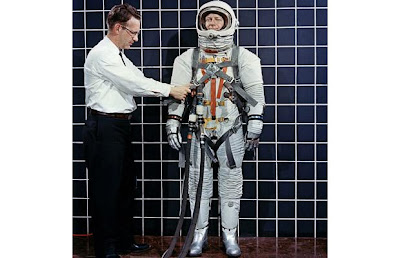 Engineer Bill Peterson fits test pilot Bob Smyth in an Apollo space suit with a Lunar Excursion
Module restraint harness during testing in 1968. The Apollo suits brought a host of new challenges, with astronauts needing protection against lunar terrain and temperatures as well as
the ability to stoop and bend to pick up moon rocks 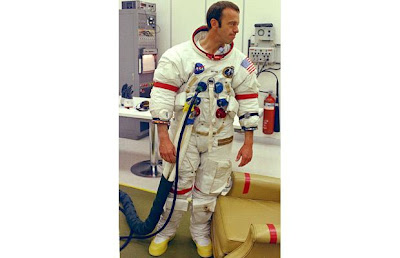 Apollo 14 commander Alan Shepard during suit checks before his trip to the lunar surface in 1971. Shepard was also the first to wear the Mercury suit into space on the first American flight
in 1961 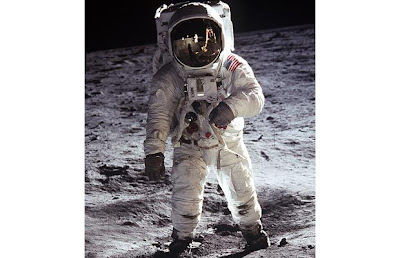 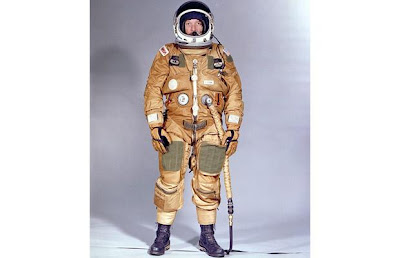 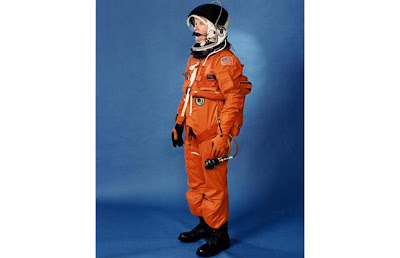 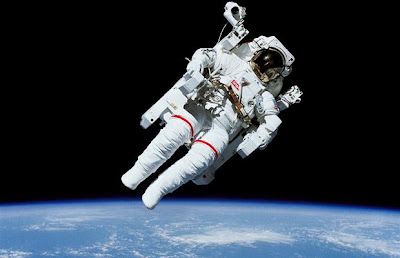 Floating Free: In February 1984, shuttle astronaut Bruce McCandless became the first astronaut to float in space untethered, thanks to a jetpack-like device called the Manned Manoeuvring Unit. MMUs are no longer used, but astronauts now wear a similar backpack device in case of emergency 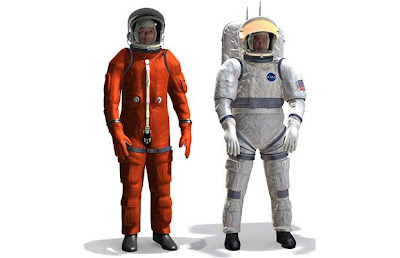 The Future: Artist’s concepts depict a futuristic launch and entry suit (left) and a spacewalk suit. NASA plans to return astronauts to the moon by 2020 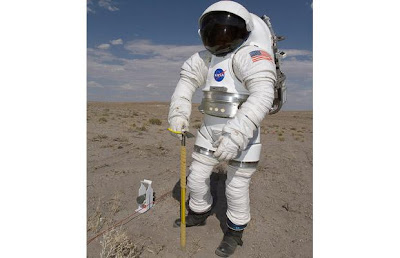 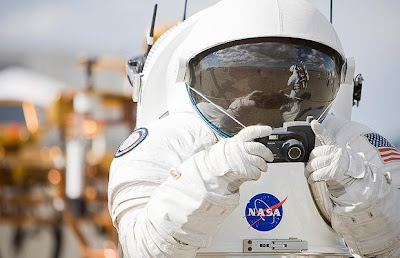 With his back to a lunar truck concept vehicle, an astronaut captures the scene at Moses Lake,
Washington, during a lunar robot demonstration in June 2008. NASA took their latest concepts to Moses Lake for a series of field tests based on mission-related activities for NASA’s planned
return to the moon by 2020 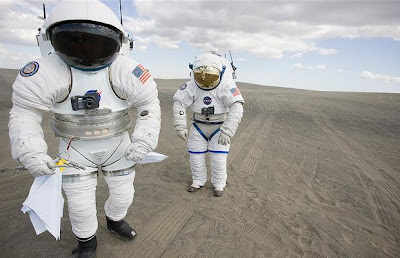 Astronauts, engineers and scientists wearing prototype spacesuits, driving prototype lunar
rovers and simulating scientific work at Moses Lake, as part of NASA’s demonstration of concepts for living and working on the lunar surface
Posted by Editor John at Sunday, July 19, 2009