The awards presentation will be hosted by Samuel L. Jackson and televised on ESPN Sunday, July 19, at 9 p.m. ET. 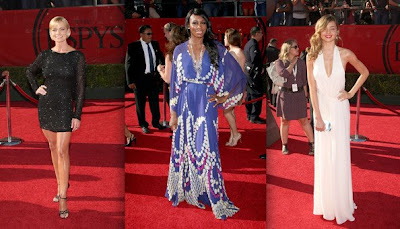 The ESPY Awards are meant to honor athletic achievement, but that doesn't mean it isn't a stylish affair. On Wednesday, professionals from both the courts and the catwalk gathered to celebrate the year's best athletes...in style.

"It's an absolute honor to be nominated for an ESPY,” said Stewart. “I am proud to be in the company of the other nominees not only in my category but within the show as a whole. This is a very prestigious deal." 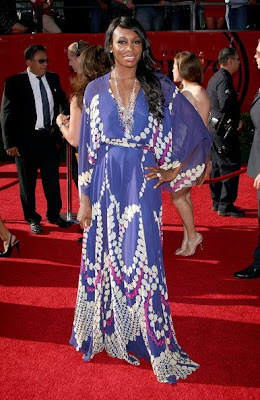 Venus Williams' kimono gown is gorgeously unique, and well-accessorized with her silver necklace.
On the women's side, skiing's Sarah Burke has Winter X Games SuperPipe hardware from every year since the sport’s debut in the X Games, including back-to-back gold medals from 2007 to 2009 and silvers in 2006 and 2005. In 2007, she became the first skier to win an ESPY Award, winning for Female Action Sports Athlete of the Year. An innovator in skiing progression, Burke was the first woman to land a 720, 900 and 1080 in competition.

And now have a quick look at well dressed super Celebrities of this events :- 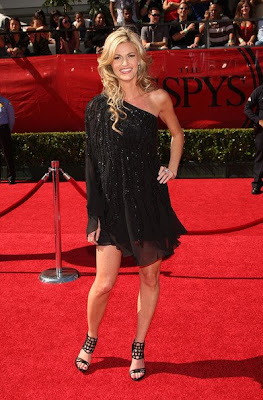 So what if Erin Andrews looks like she's wearing Stevie Nicks-inspired maternity wear? It looks good on her. 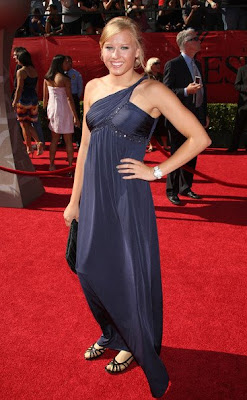 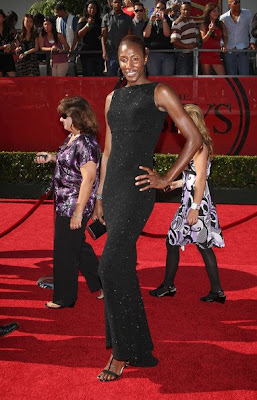 Lisa Leslie has an amazing body, but I'm distracted by the unforgiving shine of her skin. 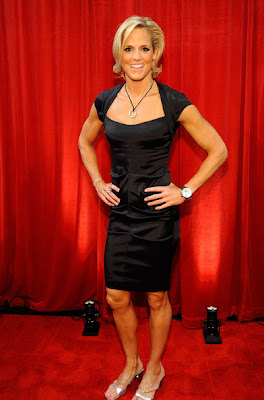 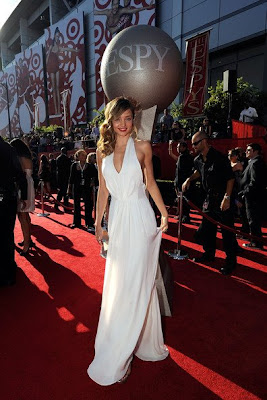 Leave it to a supermodel to nab the hottest look of the night. Well done, Miranda Kerr. 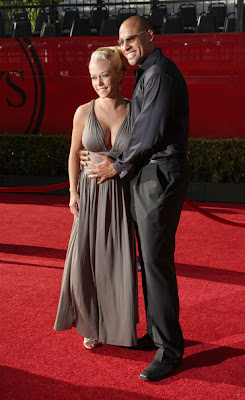 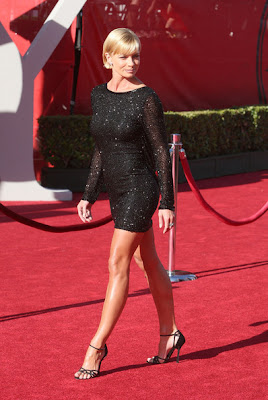 Yes, Jaime Pressly has the best legs in the world. 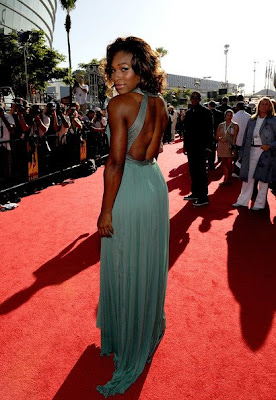 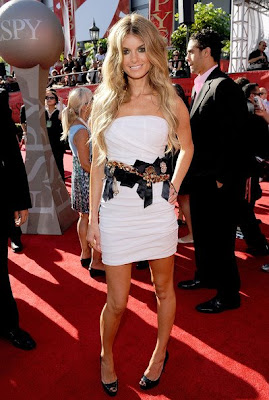 For the second time, a limited amount of ESPYs tickets are available for public purchase through www.ticketmaster.com. The 2009 ESPYs will be taped next Wednesday, July 15, from the Nokia Theatre at L.A. LIVE in Los Angeles.
Posted by Editor John at Thursday, July 16, 2009