As the 40th anniversary of the moon landing approaches, we look at key events in the history of
space exploration...! 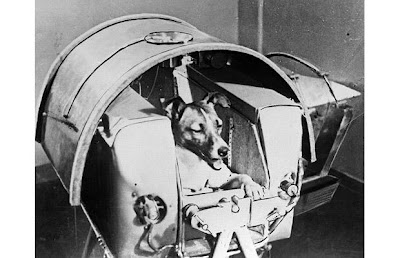 3 November 1957: The dog Laika, the first living creature ever to orbit the earth, is launched aboard Sputnik II. Laika dies a few hours after launch, although this is kept secret until 2002.
Instead, the Soviets claim she lived for several days 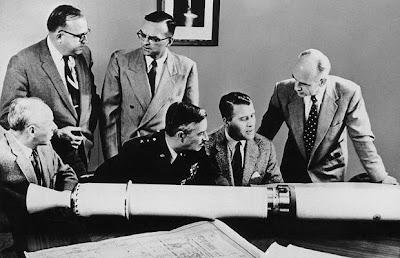 31 January 1958: The United States launches its own statellite, Explorer I. It remains in orbit
for 12 years, though it stops transmitting data in May 1958. In this photo, Dr Eberhard Rees, Major General John B Medaris, German-born rocket scientist Wernher von Braun, Dr Ernst Stuhlinger, Willi Mrazek and Dr Walter Haeussermann display a full-scale model of Explorer I 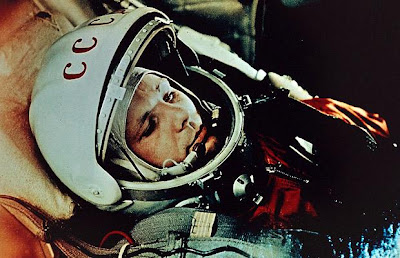 12 April 1961: Major Yuri Gagarin, a Soviet cosmonaut, becomes first human in outer space and thefirst to orbit the Earth. His craft, Vostok I, circles the Earth at 27,400 kilometres per hour in a flight lasting 108 minutes 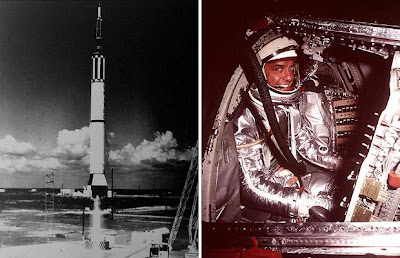 5 May 1961: Alan Shepard becomes the first American in space, on a suborbital flight lasting just
15 minutes and 28 seconds. Twenty days after this achievement, President John F Kennedy pledges that America will send a man to moon before the end of the decade 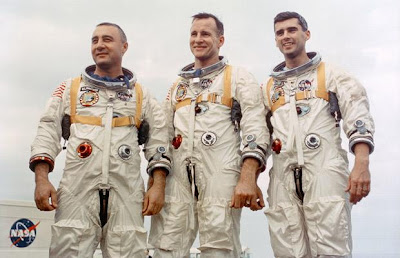 ....all three crew members - Virgil Grissom, Edward White and Roger Chaffee - are killed. The
tragedy leads to a complete redesign of NASA's command modules, and it is nearly 21 months beforethe launch and completion of the next manned mission, Apollo 7 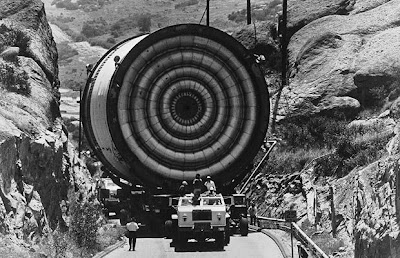 9 November 1967: The Saturn V rocket, which will go on to propel future Apollo spacecraft into
space, has its first test flight 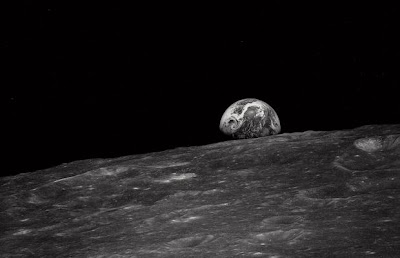 24 December 1968: Astronaut William Anders takes a photograph of the Earth behind the moon' s horizon, during the Apollo 8 mission, the first manned voyage to orbit the moon 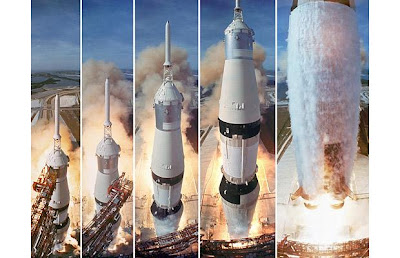 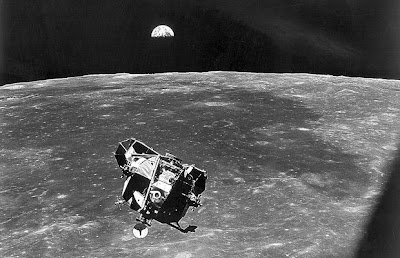 ....While Armstrong and Aldrin take part in Extravehicular Activities on the moon's surface, fellow astronaut Michael Collins orbits above 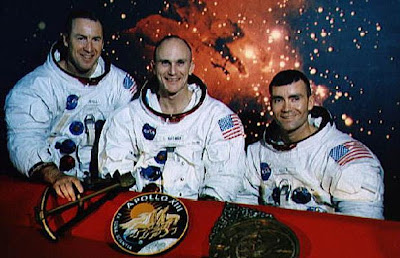 11 April 1970: Apollo 13, carrying James A. Lovell, John L "Jack" Swigert and Fred W Haise, is
launched on a planned trip to the moon. Two days into the mission, a fault in the electrical system produces an explosion in an oxygen tank, leading to a loss of electrical power and failure of both oxygen tanks... 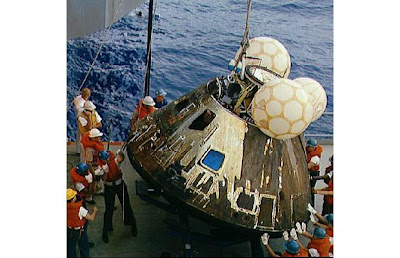 ....The crew manages to use the lunar module as a "lifeboat" and they splash back down to Earth
safely 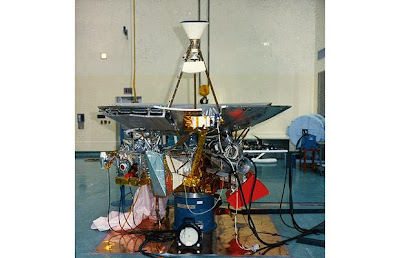 2 March 1972: An unmanned probe, Pioneer 10, is launched. It becomes the first spacecraft to travel through the asteroid belt, and the first to make direct observations of Jupiter, which it
passes in December 1973. By most definitions it is also the first craft to leave the solar system.
It sends its last communication back to Earth on January 22 2003, while 7.6 billion miles from
Earth 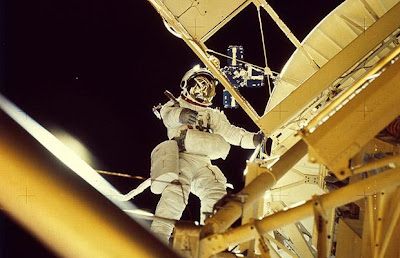 14 May 1973: Skylab, America's first experimental space station, is launched. It is abandoned in
February 1974, and remains in Earth's orbit until July 1979, when it crashes into Western
Australia. However, the Soviet Union launched the first space station, the Salyut I, on 19 April
1971 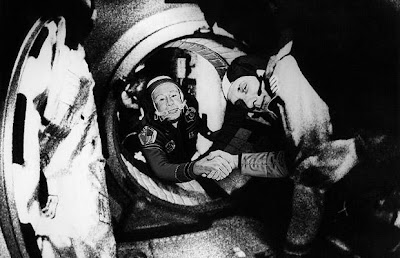 15 July 1975: an American Apollo spacecraft docks with a Soviet Soyuz spacecraft. In a symbolic
gesture, the two mission commanders, Tom Stafford and Alexey Leonov, exchange the first
international handshake in space. After 44 hours together, the two ships separate. This was the
final flight of an Apollo spacecraft and the last manned space mission until... 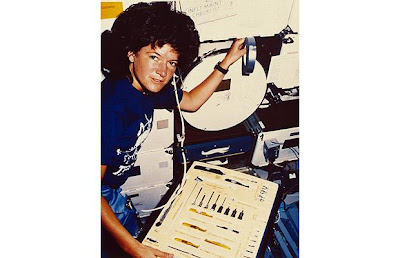 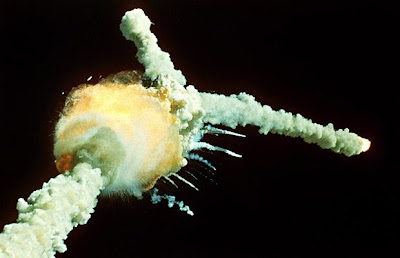 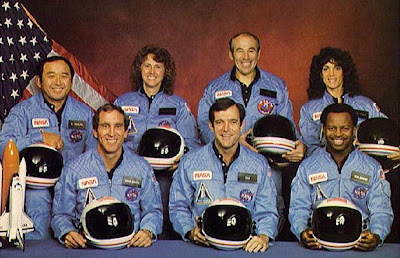 ....all seven crew-members are killed, including a civilian, teacher Sharon Christa McAuliffe 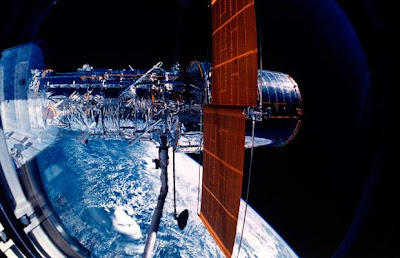 24 April 1990: The Hubble Space Telesecope is launched. Soon after it is launched, scientists
discover that the telescope's mirror has been ground incorrectly. The flaw is corrected on a shuttle mission in December 1993, with a further servicing mission in May 2009 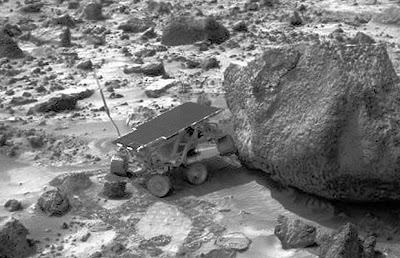 4 July 1997: Pathfinder, an unmanned mission launched on 4 December 1996, lands on Mars. Its
rover, named Sojourner, goes on to explore the surface of the planet for 80 days 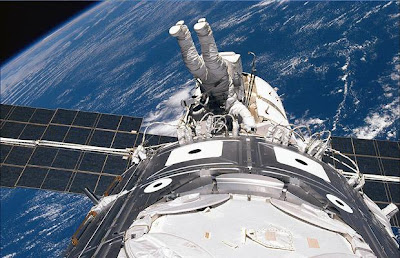 20 November 1998: The first piece of the International Space Station is launched. It is scheduled to be complete by 2011 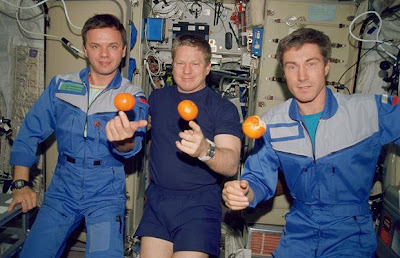 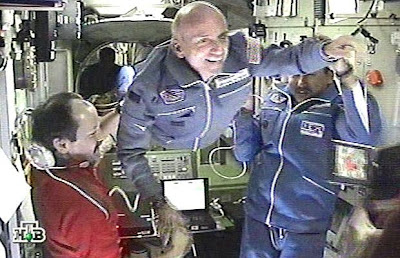 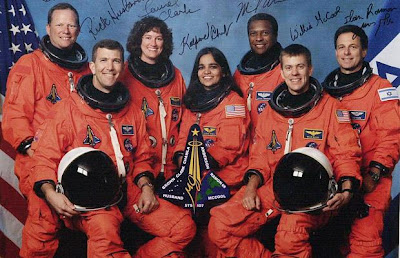 1 February 2003: Space Shuttle Columbia disintegrates upon re-entering the Earth's atmosphere after 16 days in space. All seven crew-members are killed 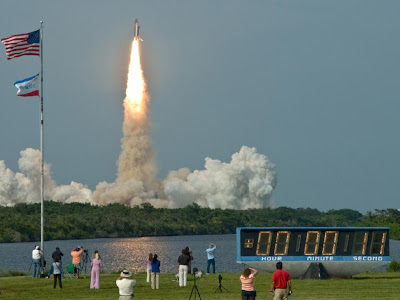 Under a cloud-washed sky, spectators watch as space shuttle Endeavour rises majestically from
Launch Pad 39A at NASA's Kennedy Space Center in Florida on the STS-127 mission to the
International Space Station. Liftoff was at 6:03 p.m. EDT on July 15, 2009, and was the sixth
launch attempt for the mission. The launch was scrubbed on June 13 and June 17 when a hydrogen gas leak occurred during tanking due to a misaligned ground umbilical carrier plate. The mission was postponed July 11, 12 and 13 due to weather conditions near the Shuttle Landing Facility at Kennedy that violated rules for launching, and lightning issues.
Endeavour will deliver the Japanese Experiment Module's Exposed Facility and the Experiment
Logistics Module-Exposed Section in the final of three flights dedicated to the assembly of the
Japan Aerospace Exploration Agency's Kibo laboratory complex on the station.
Posted by Editor John at Wednesday, July 15, 2009