From amazing to mysterious, view the top 20 natural, cultural, archaeological and architectural wonders around the World.

These heritage places are truly wonders of the World..! 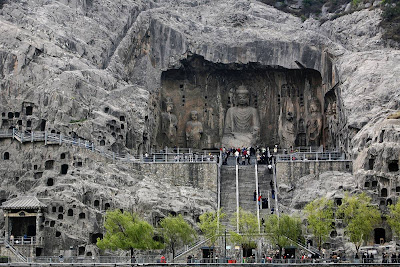 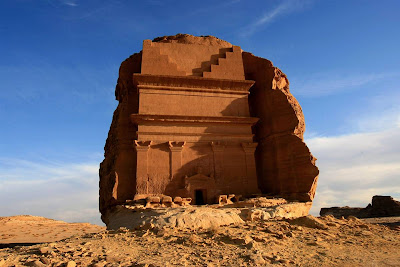 A section of the archaeological site of Al-Hijr -- also known as Madain Saleh -- in northern Saudi Arabia was added on to UNESCO's World Heritage List on July 6, 2008. Al-Hijr, the largest conserved site of the civilization of the Nabataeans south of Petra in Jordan, is the first World Heritage site in Saudi Arabia.
3.Bayon Temple, Cambodia 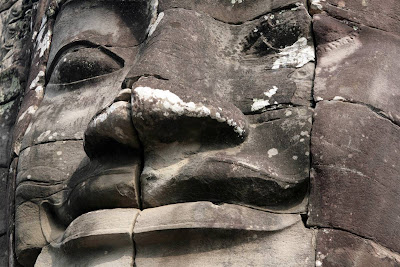 The Bayon Temple, near siem Reap, Cambodia is famous for its multitude of giant stone faces. There are more than 1,000 temples in the Angkor area, ranging in scale from nondescript piles of brick rubble scattered through rice fields to the magnificent Angkor Wat, said to be the world's
largest single religious monument. Many of the temples at Angkor have been restored, and together they comprise the most significant site of Khmer architecture. Visitor and tourist numbers approach one million annually.
4.Isla Santa Cruz, Galapagos National Park 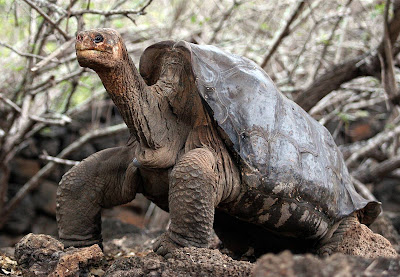 “Solitario George” (Lonely George), the last living giant tortoise of this species, native from the Pinta Island, is cared for at the Galapagos National Park in Ecuador. He is estimated to be 60–90 years of age. The Galapagos Islands were originally added to the World Heritage List in
1978, and were upgraded to The List in Danger in 2007.
5.Kinderdijk's Mill Area, Netherlands 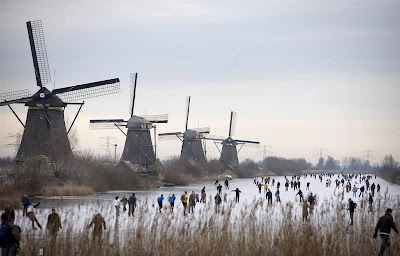 People skate on frozen canals in Kinderdijk's Mill Area, a UNESCO World Heritage site, near Rotterdam, Netherlands. Kinderdijk has the largest collection of historical windmills in the Netherlands, and is a top tourist sight in South Holland.
6.Perito Moreno Glacier, Argentina

A view of the Perito Moreno Glacier in Los Glaciares National Park, an ecotourism destination in
Patagonia, Argentina, declared by UNESCO as Natural World Heritage Site in 1981. The glacier, in the province of Santa Cruz, is one of the most significant natural attractions of Argentina --the 3rd largest ice field in the world after Antarctica and Greenland.
7.Shrine of the Bab, Israel 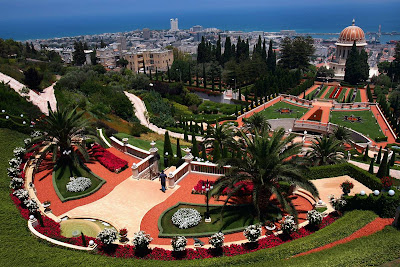 Terraced gardens surround the golden-domed Shrine of the Bab of the Bahai faith in the northern Israeli city of Haifa. The world spiritual center of the Bahai faith, whose devotees number less than six million worldwide, was declared a World Heritage Site by UNESCO on July 8, 2008.
8.St. Peters Square, Vatican City 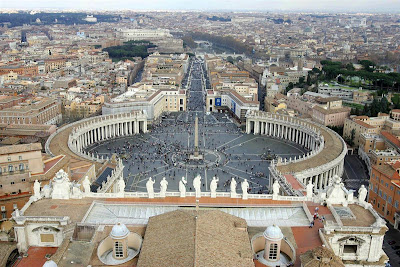 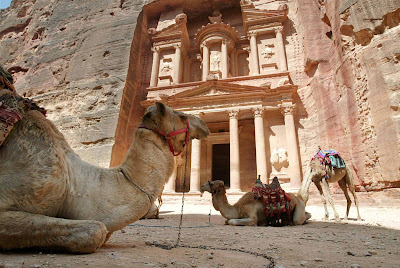 Camels rest in front of the main monument in Jordan's ancient city of Petra, the 'Khazneh' or
Treasury, that was carved out of sandstone to serve as a tomb for a Nabatean king. The city,
situated between the Red Sea and the Dead Sea, was an important crossroads between Arabia, Egyptand Syria-Phoenicia, according to the World Heritage Web site. Petra was added to the WorldHeritage List in 1985.
10.Yellowstone National Park 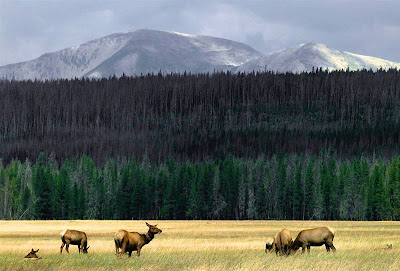 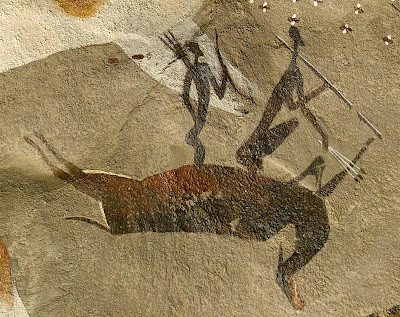 A general view of the historical walled city of Shibam in eastern Yemen's Hadramaut province.
Shibam is a UNESCO World Heritage site (1982) well known for its high-rise mud-brick buildings, nicknamed of 'the Manhattan of the desert'.
13.Easter Island, Chile 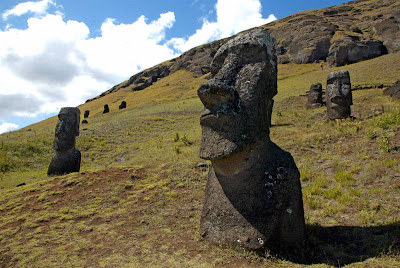 A view of some of the 390 abandoned huge statues (moais in Rapa Nui language), in the hillside of the Rano Raraku volcano in Easter Island, 3,700 km off the coast of Chile. The Chilean island,
located in the Polynesian archipielago, has many archeological sites and its Rapa Nui National Park is included on UNESCO's World Heritage Site list since 1995. 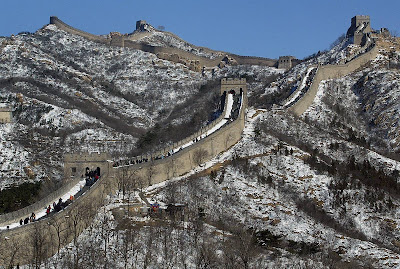 Visitors make their way along the Great Wall of China at Simatai, northeast of Beijing. This Ming-dynasty Wall was built as one of four major strategic strongholds for defensive purposes from tribes invading from the north. The Great Wall stretches over approximately 4,000 miles and is one of the largest building construction projects ever completed. It was added to the World Heritage List in 1987.
15.Sydney Opera House, Australia 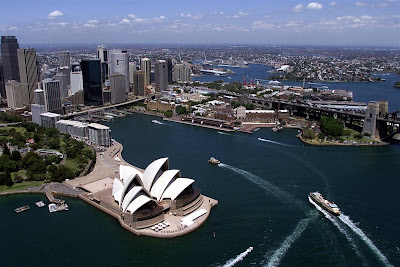 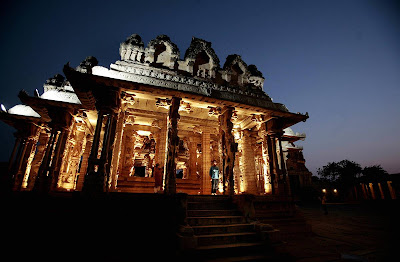 A temple is seen in Hampi, near the southern Indian city of Hospet, north of Bangalore. Hampi is
located within the ruins of the city of Vijayanagar, the former capital of the Vijayangar empire. The village of Hampi and its monuments were inscribed a UNESCO World Heritage site in 1986.
17.Potala Palace, Tibet 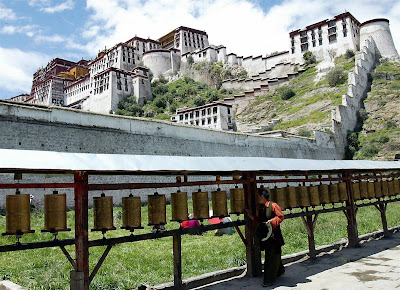 A Tibetan pilgrim spins prayer wheels as she offers prayers while encircling the grounds of the Potala Palace in Lhasa. Since UNESCO named the Potala Palace as a World Heritage site in 1994, the Chinese authorities have felt that the Potala Palace now belongs to the people of the world,
and no longer to the Dalai Lama, and even if the exiled Dalai Lama were permitted to return to
Tibet, it is highly unlikely he would be allowed to live in his traditional home, the 1,300-year-old Potala Palace.
18.Machu Picchu, Peru 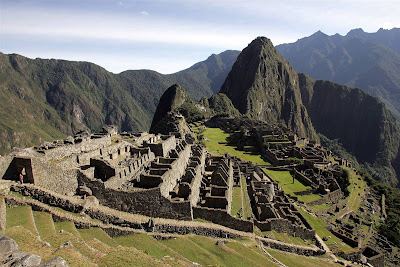 The Inca citadel of Machu Picchu is located in the Peruvian city of Cusco. Machu Picchu was name done of the New Seven Wonders of the World, and was added to the World Heritage List in 1983. Thepopular tourist site was considered for the List in Danger in 2008, but was not added.
19.Mount Koya, Japan 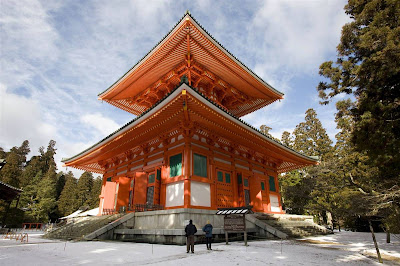 The Buddhist pagoda called Konpon Daito at Mount Koya, in Wakayama province, Japan, representsthe central point of a mandala covering all of Japan according to Shingon Buddhist doctrine.Mount Koya, located east of Osaka, was listed as a UNESCO World Heritage Site in 2004 and wasfirst settled in 819 by the Buddhist monk Kukai, founder of the Shingon sect of Japanese Buddhism.
20.Pontcysyllte Canal, United Kingdom 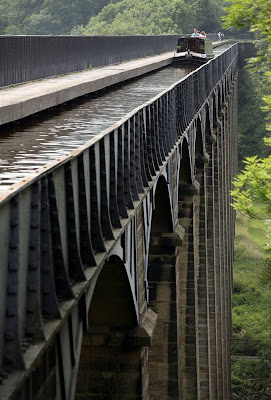 Situated in north-eastern Wales, the 18 kilometre long Pontcysyllte Canal is a feat of civil engineering of the Industrial Revolution, completed in the early years of the 19th century. Covering a difficult geographical setting, the building of the canal required substantial, bold civil engineering solutions, especially as it was built without using locks. The aqueduct is a pioneering masterpiece of engineering and monumental metal architecture, conceived by the celebrated civil engineer Thomas Telford. The use of both cast and wrought iron in the aqueduct enabled the construction of arches that were light and d strong, producing an overall effect that is both monumental and elegant.
Posted by Editor John at Thursday, July 09, 2009