The Secret Of Potter Unveils 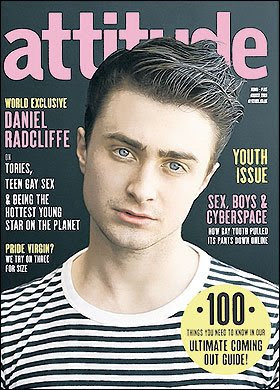 HARRY Potter star Daniel Radcliffe has confessed in a frank interview to a gay magazine - he is a Liberal Democrat.
The handsome actor - who turned 20 yesterday - appears on the latest cover of Attitude and inside reveals his true political feelings.
He tells of his deep dislike for Prime Minister Gordon Brown and Tory leader David Cameron.
The multi-millionaire also tells how he grew up surrounded by his parents' gay pals and hates anyone with a homophobic attitude.
Radcliffe - who is not gay and is dating actress Laura O'Toole - said: "I just loathe homophobia. It's just disgusting and animal and stupid and it's just thick people who can't get their heads around it and are just scared.
"I grew up around gay people entirely. I was the only child in my class who had any experience of homosexuality or anything like that."
The actor - who battles soul-sucking Dementors as the boy wizard and is currently starring in Harry Potter And The Half Blood Prince - said he supports Lib Dem leader Nick Clegg because the other parties offer nothing to young people.
He said: "I rather like Nick Clegg. At the next election I will almost certainly vote Lib Dem.
"If all the people who liked them voted for them you could change politics overnight and we could have a proper three party system." 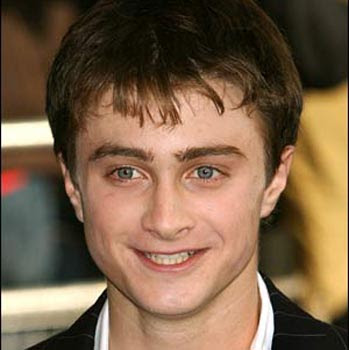 Asked about Gordon Brown he said: "Paul Merton said, and I agree with him, 'it's a tragedy that this man has waited all his life to do this job - and now he finds out he can't do it.'

"I don't like the New Labour thing. I never experienced the optimism of New Labour, I was too young but I hear everyone was up and it was fantastic. I've only seen the bad years of it."

Radcliffe's opinion on David Cameron is no more positive.

He added: "I think the reason why people don't vote is because the politicians are all so central now, it doesn't seem to matter who you vote for."

He also blasted the BNP who won two seats in the recent Euro elections, saying: "I hate any type of prejudice."