Faced with the thorny problem of having no "First Lady" to look after the G8 leaders' spouses on their three day trip to Italy, Silvio Berlusconi has come up with a solution in keeping with his reputation. 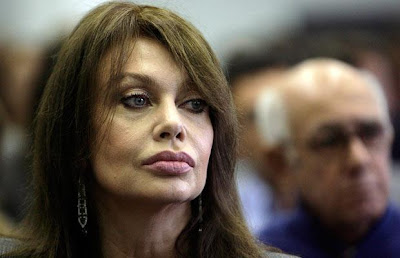 1. Veronica Lario, 52, Berlusconi’s long suffering wife of 20 years and mother of his three children. They started an affair while he was still married to first wife and he saw her topless on stage. 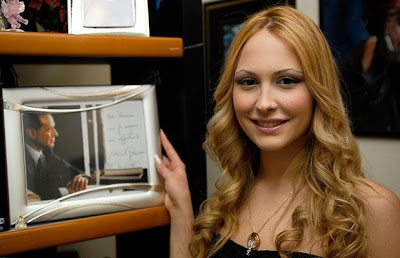 2.Noemi Letitzia, 18, schoolgirl who calls Berlusconi ’Papi’ and who has been the subject of media spotlight after it emerged he had visited her coming of age party and gave her a 6000 euro gold and diamond necklace. 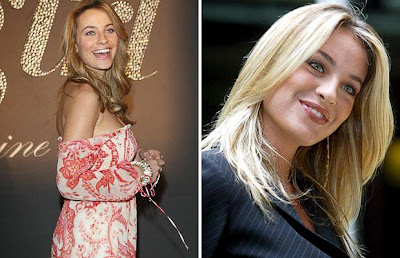 3. Barbara Matera, 28, science graduate and the only succesful one of the original four showgirl candidates to be put forward as MEP. But she is better known for her appearance in Miss Italia and her TV career where she has appeared as an announcer and in several soaps. 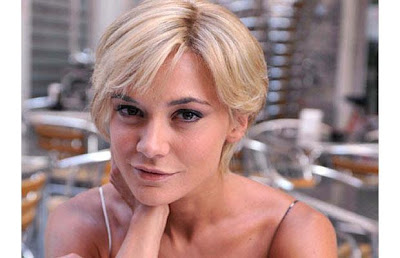 4. Camilla Ferranti, 30, actress named on the MEP list but failed to make the cut. She has posed semi-naked for a variety of calendars and magazines and has also appeared in several Italian soap operas. Camilla hit the headlines last year after it emerged that Berlusconi had rung the head of the state television company RAI and ’suggested’ she be given a role in a top TV series. The part went to another actress. 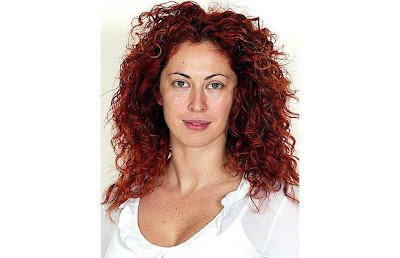 5. Angela Sozio, 31, Flame-haired Angela has appeared on Grande Fratello - Italy’s Big Brother - and was famously snapped sitting on Berlusconi’s knee two years ago at a weekend break with four other women at his luxury villa in Sardinia. 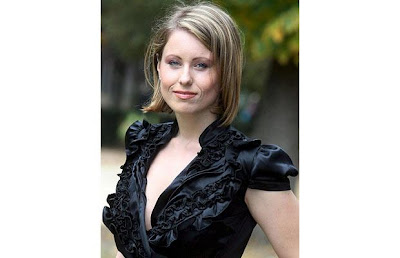 6. Eleonora Gaggioli, 29. She also has a glittering past as a TV star and a search on the internet for her throws up several photographs of her posing in her underwear on a leopard print sofa. Like Camilla, Eleonora was also named in the so-called Silvio tapes last summer. 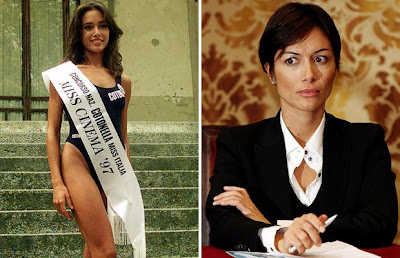 8 and 9 Eleonora (student) and Imma De Vivo, (surgeon’s assistant) both 27, and twins who sprung to fame after appearing on L’Isola dei Famosi (I’m a Survivor Get Me Out of Here) The twins from Naples were eliminated from the show but were hugely popular and were then
given jobs as weathergirls. 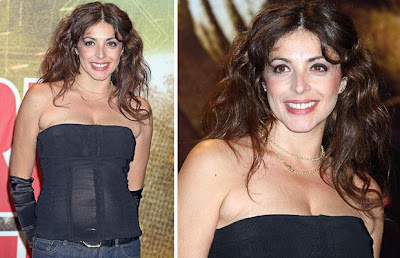 10. Elena Russo, 35, again one of five women mentioned on he so called Silvio tapes where Berlusconi calls a TV produer friend asking him to find jobs for the women he later calls his ”little butterflies.” She is now the ’face’ of the cleaned up Naples TV advert which praises Berlusconi’s government for resolving the city’s rubbish crisis.
Posted by Editor John at Tuesday, July 07, 2009

I noticed that your site has several top ten lists and think they are great. My favorite is the Top 10 Hottest Cinematic B(.)(.)b Jobs list,really creative and fun to loo at. I help run a site http://www.toptentopten.com/ which is entirely user generated top ten lists. We have seen that a lot of websites and bloggers who post their lists to our site are getting a lot of traffic to their site.

You can source your list when you create it, and a link to your site appears at the bottom of the list. A lot of people click on your link because the original source is always better. Another thing we've noticed people do is put your url in the description, and make the list votable, so people can change the rank of your items. Votes are really what makes your list and profile on our site more popular. The more popular your list is on our site, the more people see it, and hopefully will visit your site.

Let me know if you have any questions, and we hope to see your lists on our site.