President Barack Obama has awarded the Presidential Medal of Freedom, the nation's highest civilian honor, to 16 people who have made a difference in the nation and the world.

"They remind us that we each have it within our power to fulfill dreams, to advance the dreams of others, and to remake the world for our children," Mr. President said. 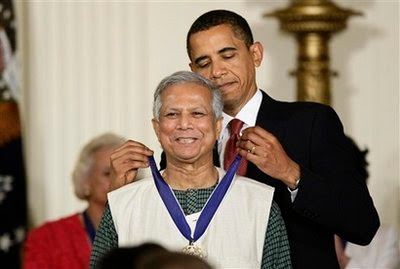 President Barack Obama presents the 2009 Presidential Medal of Freedom to Muhammad Yunus, a Bangladeshi banker and economist and a global leader in anti-poverty efforts who pioneered the use of micro-loans to provide credit to poor individuals 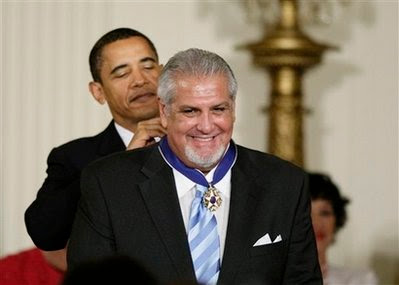 President Barack Obama presents the 2009 Presidential Medal of Freedom to Pedro Jose Greer Jr., the assistant dean of academic affairs and Florida International University School of Medicine, founder of Camillus Health Concern, an agency that provides medical care to over 10,000 homeless and low-income patients each year in Miami 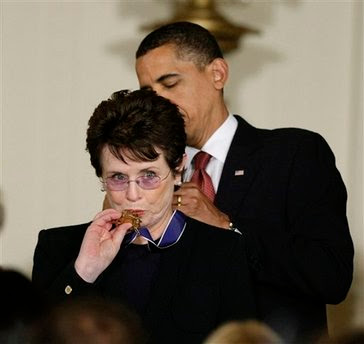 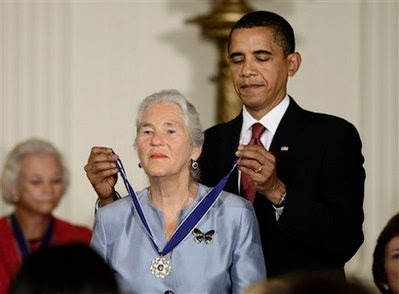 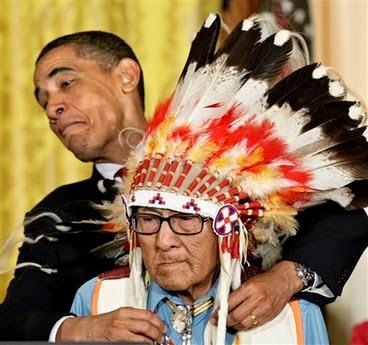 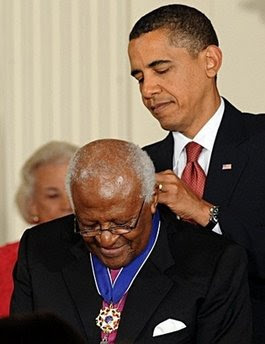 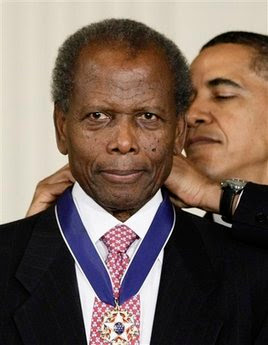 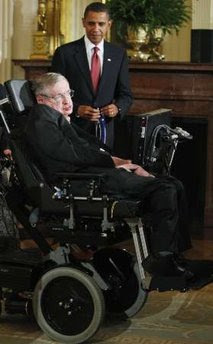 Among the four foreign winners was Bangladesh's Muhammed Yunus, the 2006 Nobel Peace Prize recipient, who pioneered a way to lift people out of poverty through a community banking programme that gives small loans to entrepreneurs with no collateral.

The list of recipients includes activists, scientists, actors, humanitarians and athletes. They are all agents of change, Obama said at a White House ceremony on Wednesday.
A complete list of the 2009 Presidential Medal of Freedom:
1. Nancy Goodman Brinker
2. Pedro José Greer, Jr.
3. Stephen Hawking
4. Jack Kemp
5. Sen. Edward Kennedy
6. Billie Jean King
7. Rev. Joseph Lowery
8. Joe Medicine Crow – High Bird
9. Harvey Milk
10. Sandra Day O’Connor
11. Sidney Poitier
12. Chita Rivera
13. Mary Robinson
14. Janet Davison Rowley
15. Desmond Tutu
16. Muhammad Yunus
The Medal of Freedom is awarded every year to individuals that are decided to have made a contribution to the security or national interestes of the United States, whether in peace, cultural or other public or private matters.
These awarders are 'agents of change' said the White House as they achieved accomplishments in sports, science, and medicine, among others.
"These outstanding men and women represent an incredible diversity of backgrounds," President Obama said in a statement, while calling their accomplishments "tremendous." "[Y]et they share one overarching trait: each has been an agent of change. Each saw an imperfect world and set about improving it, often overcoming great obstacles along the way," he added. "Their relentless devotion to breaking down barriers and lifting up their fellow citizens sets a standard to which we all should strive. It is my great honor to award them the Medal of Freedom."
Source: bnonews.com