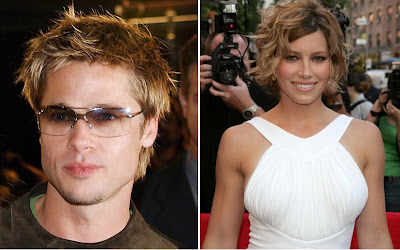 Actress Jessica Biel has overtaken Brad Pitt as the most dangerous celebrity to search in cyberspace, according to Internet security company McAfee Inc.
For the third consecutive year, McAfee surveyed which A-list celebrity was the riskiest to track on the Internet after Pitt topped the list last year and Paris Hilton came in first in 2007.
Biel, 27, who shot to fame in the TV show “7th Heaven” and most recently starred in “Easy Virtue,” was deemed the most dangerous, with fans having a one-in-five chance of landing at a website that has tested positive for online threats, such as spyware, adware, spam, phishing, and viruses.
“Cybercriminals are star watchers too — they latch onto popular celebrities to encourage the download of malicious software in disguise,” McAfee’s Jeff Green said in a statement.
“Consumers’ obsession with celebrity news and culture is harmless in theory, but one bad download can cause a lot of damage to a computer.”
“Every day, cybercriminals use celebrities’ names and images, like Kim Kardashian and Rihanna, to lure surfers searching for the latest stories, screen savers and ringtones to sites offering free downloads laden with malware,” the statement added.
Coming second in the list for the second year running was pop star Beyonce, with McAfee finding that putting “Beyonce ringtones” into a search engine yielded a dangerous website linking to a distributor of adware and spyware.
Actress Jennifer Aniston was third, with more than 40 percent of the Google search results for “Jennifer Aniston screensavers” containing nasty viruses.
Young Hollywood stars Miley Cyrus, Ashley Tisdale and Lindsay Lohan all edged out Heidi Montag and Jessica Alba who appeared on last year’s list.
They also ranked higher than other young personalities including “Twilight” stars Robert Pattinson who came 30th and Kristen Stewart who was 20th, the Jonas Brothers, Taylor Swift, Lauren Conrad, Vanessa Hudgens and Zac Efron.
Megan Fox and Angelina Jolie tied as the eighth most dangerous celebrities on the Web while newlyweds Tom Brady and Gisele Bundchen came in fourth and sixth respectively.
However, President Barack Obama and First Lady Michelle Obama, who have featured on most celebrities list this year, were not at the top of risky public figures to search.
The Obamas ranked in the bottom-third of this year’s results, at No. 34 and No. 39 respectively.
Brad Pitt came 10th in the list this year.
Visit 13above For More Fun
Posted by Editor John at Tuesday, August 25, 2009