TOURISTS beware - here are Australia's 12 deadliest creatures. Avoid at all costs! Check out the list ! 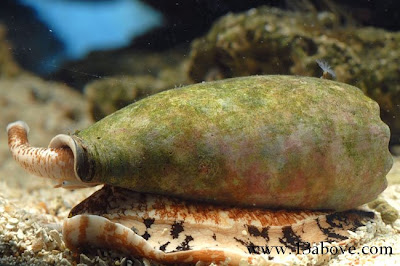 This underwater snail has a tooth-like stinger which acts like a harpoon. It has enough venom to kill a human as it paralyses the respiratory muscles.

The cone snail's shell is pretty and colourful, so tourists often unknowingly pick them up. 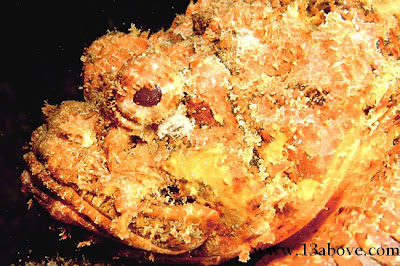 The most venomous fish in the world, the stonefish is not aggressive, however its proximity to shores and ability to camouflage itself in coral makes it easy for people to accidentally touch or brush against.

It has 13 dangerous spines and a dorsal fin, and when humans are stung it causes death to tissues.

The stonefish is mainly found in the coral reefs, mud, rocks and sand of Western Australia and Queensland. 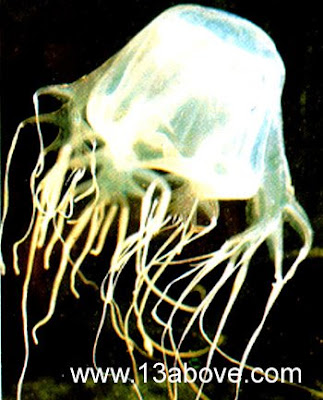 This jellyfish has a venom that attacks a human's cardiac and nervous systems and if it stings you, you have virtually no chance of surviving unless treated straight away.

It's tentacles have the ability to sting even when separated from the jellyfish, making it a very dangerous creature.

Box jellyfish are more numerous after rain and move towards the shore in calm waters when the tide is rising. They are commonly found across the northern top of the country as well as Queensland and the northern Western Australia coast. 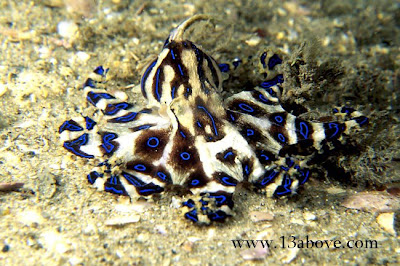 The tiny octopus changes from a muddy orange colour to a vibrant blue when it strikes.

It has venom 10,000 times more toxic than cyanide and can kill in 90 minutes. The size of a golf all, its beak can penetrate a wetsuit.

The blue-ringed octopus resides in rock pools and coral reefs around the nation . 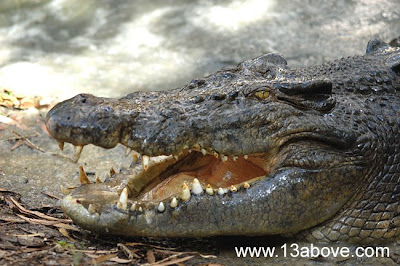 With a jaw this size the crocodile doesn't need venom.

The largest reptile in the world, it is fiercely predatory and has the ability to keep its body concealed underwater until it's ready to strike.

These crocodiles are found on the northern coast of Australia and inland for up to 100 kilometres or more. This spider hides in the dark corners of back sheds, wardrobes and gardens. It's venom blocks nerve impulses, causing severe pain, vomiting, muscular weakness and sweating.

Red-back spiders are found throughout the country, commonly in disturbed and urban areas . 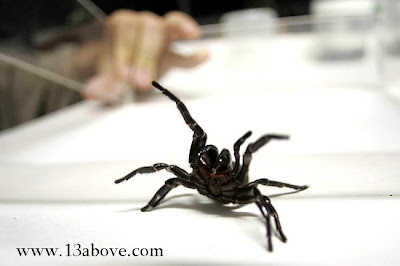 The funnel-web sets up a trip-wire so it knows when prey is passing by, and its venom can kill a human in 15 minutes.

These spiders live in burrows or stumps, tree trunks or ferns. They are found in all states except for Western Australia, but primarily exist along the coast of eastern Australia . 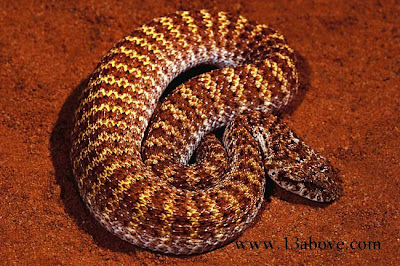 Found in coastal environments, wetlands and creeks around Australia . 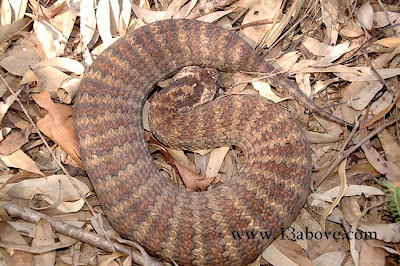 The bite of a death adder causes paralysis and can kill in under six hours.

If you're unlucky enough to step on one you've very likely to be bitten, with the death adder having the fastest strike of any Australian snake at a quater of a second.

The death adder is found everywhere in the country except for Victoria and Tasmania . 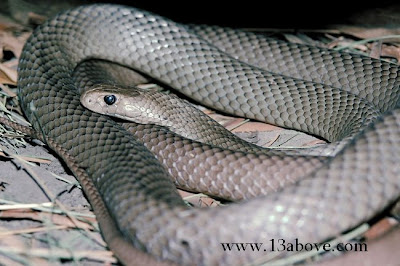 The taipan snake's venom is one of the most potent of all snake venoms.

They generally stay away from humans but defend themselves fiercely if cornered or threatened. It typically attacks repeatedly, injecting as much venom as possible into the victim's body. This is in contrast to most snakes, who typically flee after attacking.

The common taipan is found in the far north of the country, Queensland, the Northern Territory and Western Australia.

The very rare inland taipan is the most venomous snake in the world, 50 times more toxic than a rattlesnake. 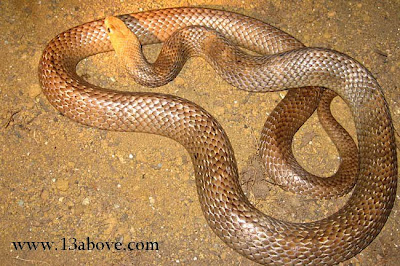 The second most venomous snake in the world, the eastern brown is responsible for the most deaths by snakebite in Australia.

In 2007 a 16-year-old boy and nine-year-old girl died after being bitten by eastern brown snakes.

Its tendency to stay close to homes makes it one of the most common snakes humans encounter.

This snake is found along the east coast of Australia, Northern Territory and Western Australia. 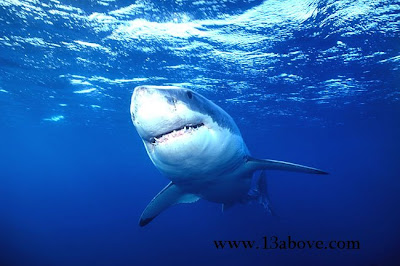 The world's largest predatory fish, a typical specimen weighs between 700kg and one tonne and is 4 to 5 metres long.

Attacks on humans are rare, but few survive an encounter.

On average there are 15 shark attacks a year in the nation, with about one death each year.

The great white is found along the east and south-west coasts of Australia.

Visit 13above For More Fun
Posted by Editor John at Tuesday, February 24, 2009

Seriously, is Australia this f'ed up?