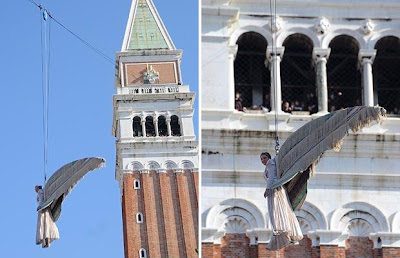 Margherita Missoni, the granddaughter of Rosita and Ottavio Missoni who started the Missoni knitwear company and fashion powerhouse in 1953, performs the traditional Flight of the Angel hanging from a cable tied from the bell tower at St Mark's Square . 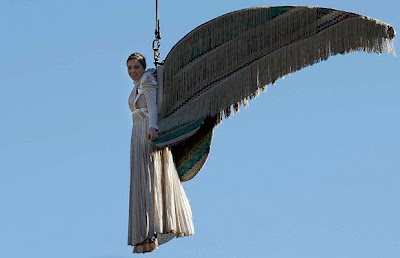 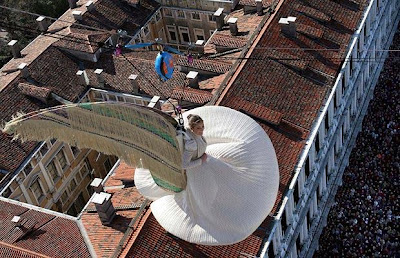 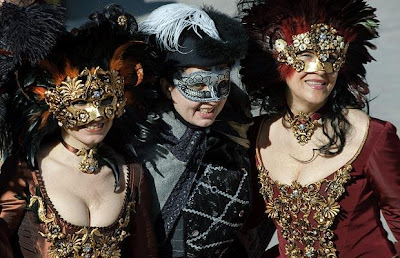 The Carnival is the largest and is considered the most important Venetian festival, attracting thousands of revellers from around the world each year. 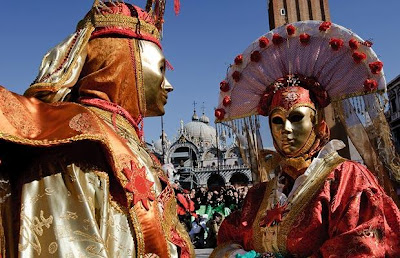 This year's Carnival will be held from February 13-24, under the name Sensation, Six Senses for Six Districts. 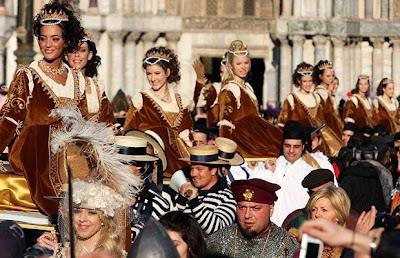 Women wearing historical costumes are carried through Saint Mark's Square in a procession called the Festa delle Marie, in memory of the liberation of young brides who were kidnapped and robbed of their jewels by Istrian pirates in 948 AD . 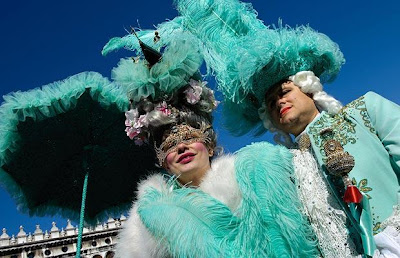 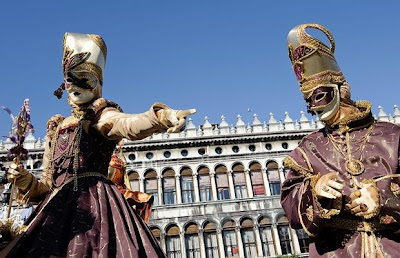 People in masks take part in carnival festivities under a bright blue sky . 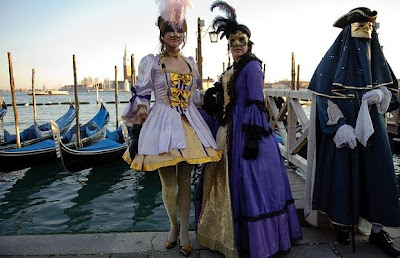 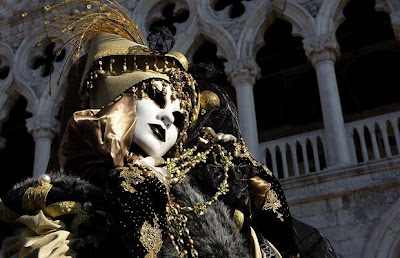 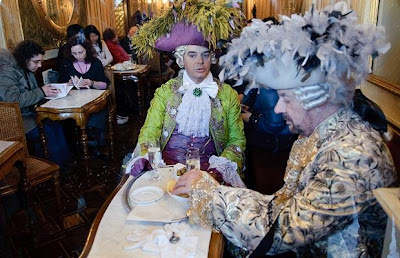 Costumed revellers have a snack in the famous Caffe Florian on Saint Mark's square . 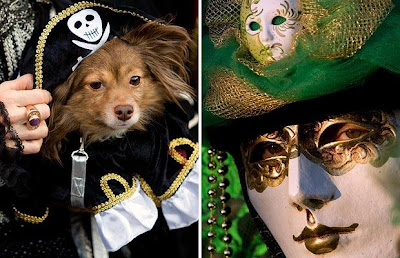 A reveller adjusts her dog's pirate hat, while another wears a typical Venice Carnival mask .. 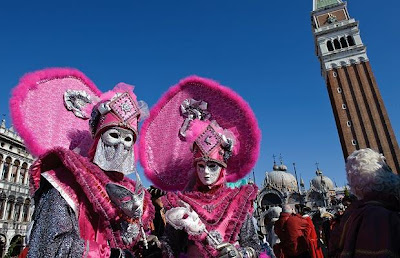 Carnival-goers walk past the bell tower on Saint Mark's square .. 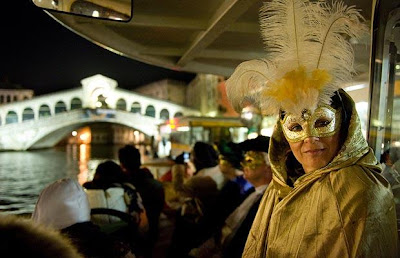 A woman wears a mask on a boat near the Rialto bridge ..

Visit 13above For More Fun
Posted by Editor John at Monday, February 16, 2009