Michelle Obama graces the cover of Ebony magazine and pictured with husband Barack Obama. Vogue magazine has expressed an interest in featuring the first lady on the cover of an upcoming issue. 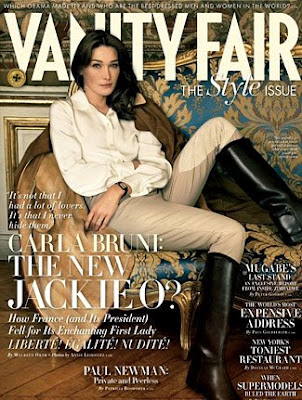 Carla Bruni-Sarkozy is the perfect magazine cover girl, being a former model and First Lady of France and appeared on the cover of Vanity Fair in September 2008 . 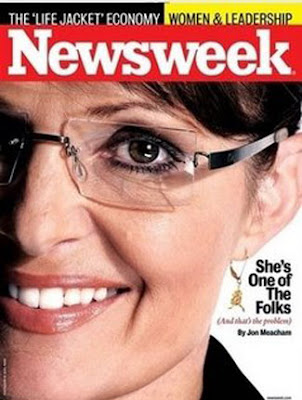 An extremely close-up picture of Governer Sarah Palin on the cover of Newsweek's September 15 drew controversy after the media suggested such a closely cropped image of a woman was unflattering and therefore "like a slap in the face" to her political campaign efforts. 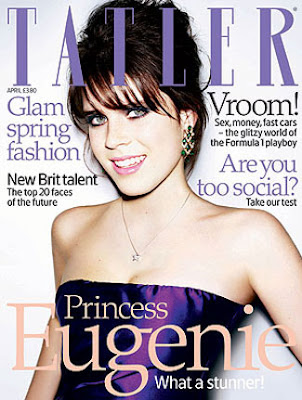 Princess Eugenie, daughter of Fergie and Prince Andrew and sixth in line to the throne, caused a stir after appearing on the April 2008 cover of Tatler magazine. Rumours were rife the image had been severly airbrushed . 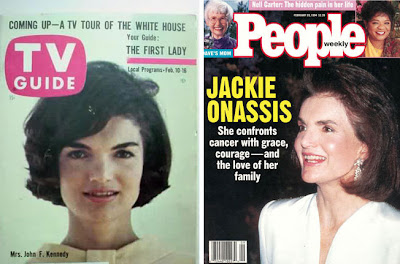 Jacqueline Kennedy Onassis was the wife of US President John F. Kennedy, she served as First Lady during his presidency from 1961 until his assassination in 1963. She became known as Jackie O and at age 31, was one of the youngest First Ladies in history. 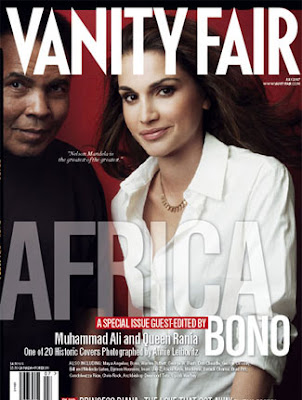 Queen Rania Al-Abdullah is the wife of the King of Jordan and graced the cover of Vanity Fair in July 2007. She's a perfect covergirl being named the third most beautiful woman in the world in the 2005 top 100 of Harpers & Queen magazine. 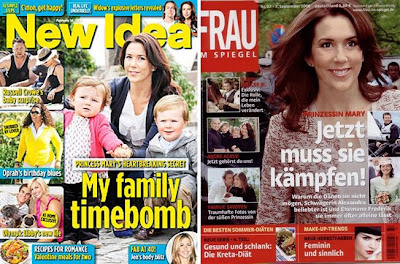 Australia's own Princess Mary came from humble beginnings in Tasmania, but is now never short of a magazine cover appearance both here and in Europe. 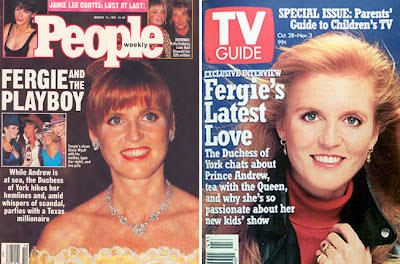 Sarah Ferguson, or "Fergie" as she is more commonly known is the former wife of Prince Andrew, Duke of York, the Queen's second son. She has graced many a magazine cover in her time. 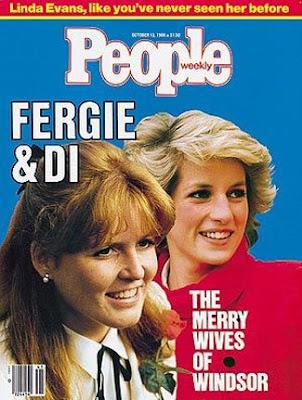 The wives of the Queen's two sons, Sarah Ferguson and Princess Diana, featured on the cover of People on the 13 October 1986