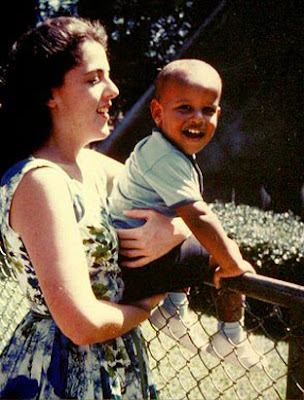 Jamaal Young was watching Barack Obama and his family greet an ecstatic crowd in Chicago, Illinois, on Election Night when he realized that something seemed wrong. 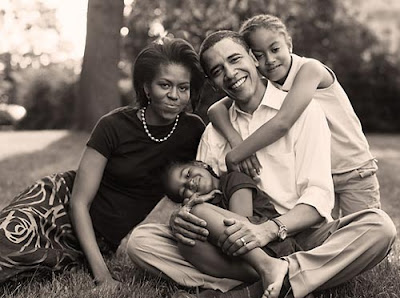 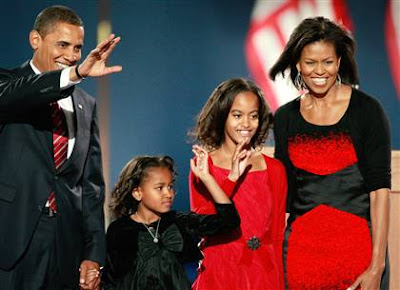 Obama didn't shout at his wife, Michelle, to shut up. The first lady didn't roll her eyes and tell Obama to act like a man. No laugh track kicked in, no one danced, and no police sirens wailed in the background.

Young had tuned in to celebrate the election of the nation's first African-American president. But he realized that he was witnessing another historic first. A black family was being featured as the first family, not the "problem family" or the "funny family."

"They are not here to entertain us," says Young, a New York Press columnist. "Michelle Obama is not sitting around with her girlfriends saying, 'My man ain't no good.' You're not seeing this over -sexualized, crazy black family that, every time a Marvin Gaye song comes on, someone stands up and says, 'Oh girl, that's my jam.' " 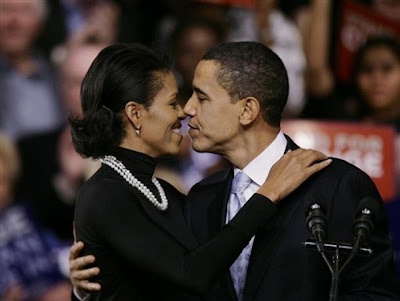 The nation didn't just get a glimpse of its new first family when Obama and his family waved to the crowds on Inauguration Day. The Obamas are offering America a new way to look at the black family, Young and other commentators say.

America has often viewed the black family through the prism of its pathologies: single-family homes, absentee fathers, out of wedlock children, they say. Or they've turned to the black family for comic relief in television shows such as "Good Times" in the '70s or today's "House of Payne." 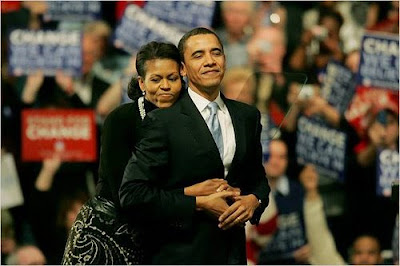 But a black first family changes that script, some say. A global audience will now be fed images of a highly educated, loving and photogenic black family living in the White House for the next four years -- and it can't go off the air like "The Cosby Show." 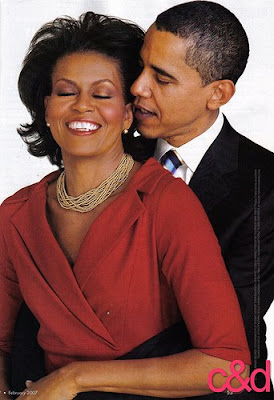 A new vision of black intimacy :

The new first family could inspire some of their biggest changes within the black family itself, some say

In 1965, the late Daniel Patrick Moynihan, a Democratic senator from New York, warned the nation about the rise of fatherless black families. He concluded that many black families were caught in a "tangle of pathology." The pathology persists. The U.S. Census Bureau said that 69 percent of black women who gave birth in 2005 were unmarried (it was 31 percent for white mothers).

The relationship between Obama and his wife may help untangle some of that pathology, some black commentators say.

It could start with black intimacy. The American public is routinely exposed to sexually charged relationships between black men and women. "Street lit" books with titles such as "Thugs and the Women Who Love Them," and "A Project Chick" now crowd bookstores and public library shelves.

Yet the new first couple offers America an example of a black, passionate, marital relationship, says Jennifer Brea, a writer for EbonyJet.com.

"They are the most natural and accessible first couple this country has ever had," Brea says. "You see a politician give a peck on his wife's cheek after a speech and often it looks staged. When you look at them, you feel like that there's this chemistry and spark."

Several black women actually sighed as they talked about how much Obama seems to touch his wife and exchange soulful glances with her in public. They said Obama will show young black men how to treat women -- and young black women how they should be treated.

"We don't get to see black love," says Heidi Durrow, the prize-winning author of the forthcoming novel, "Low Sky Dreaming."

"But every time you see them [the Obamas] on stage, it's been super," she says. "It's an amazing image to see these dynamic, smart, progressive people just openly affectionate. I'm all for it."

Obama's apparent closeness to his wife may help untangle another pathology -- the preoccupation with skin color and "looking white," Bowles, president of Jack and Jill, says.

Bowles says some powerful black men marry women who are white or fair-skinned. Obama's decision to marry a darker-skinned woman like Michelle Obama shows black women that black can indeed be beautiful.

"Too often successful black men look for other things ... a white woman or someone who is light, bright and darn near white," Bowles says. "She [Obama] is a true sister, and she makes no bones about it."