Conficker Virus Could Cause Internet Chaos In April Fool's Day

A computer virus which has infected millions of PCs could use April Fool's Day to wreak havoc on the internet.

The Conficker virus has infected more than 10million PCs worldwide and could cripple computers across the UK tomorrow.

Experts have warned that the worm could be used to steal credit card numbers and passwords, or even bring down websites like Google by using an army of 'robot PCs'. 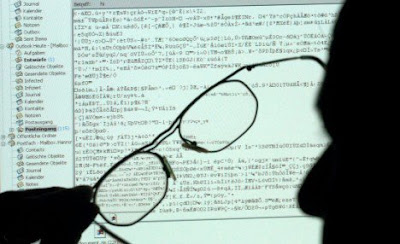 The virus targets computers running Microsoft's Windows software and has spread to millions over the past several months, infecting machines on Royal Navy warships and inside the House of Commons.

Tomorrow, on April Fool's Day, the virus is programmed to check a randomly generated number of websites for 'instructions' on what the infected computers should do next.

If they were told to simultaneously connect to a single website, the network of infected 'robot computers' known as Botnets could knock it offline by deluging it with hits.

Botnets have been used in the past to generate millions of pieces of spam email and to blackmail websites by threatening to temporarily knock them out.

Experts fear that the bug could be programmed to trigger an attack on the internet - rendering email, banking and other systems unusable.

It would do this by simultaneously sending a massive numbers of search queries or generating millions of pieces of spam email to knock websites offline through the sheer weight of connections.

Experts admitted today they do not know what will happen. Graham Cluley of internet security firm Sophos said: 'The system could turn into a network of 'zombie' PCs used to send email, or attack other websites. It may also be that nothing happens.'

Mikko Hypponen, of antivirus software firm F-Secure, said: 'It is scary thinking about how much control a hacker could have. They would have access to millions of machines.'

Microsoft has offered users free software to remove the worm, and even offered a $250,000 reward for anyone who reveals its writers.

But Ed Gibson, Microsoft's chief security adviser for the UK, said: '1 April is a classic date for anything like this to go off. But I would hate to say it is going to be unlike any other day.'

PC users can protect against Conficker by ensuring their computer is up to date with the latest free security software from www.microsoft.com, updating antivirus software, and not opening unfamiliar email attachments.