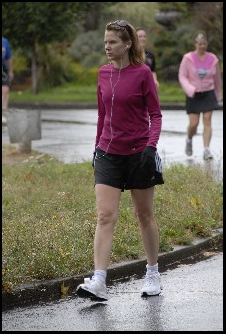 Google's perfectionist cupcake princess is totally misunderstood! That's the claim Marissa Mayer the VP who oversees Google search, makes to a credulous New York Times, which licks up the frosted version of her career. 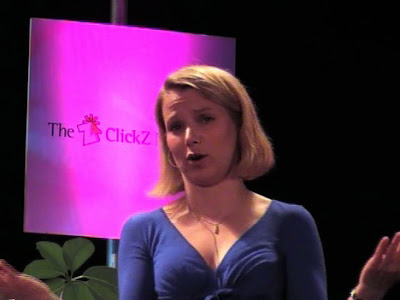 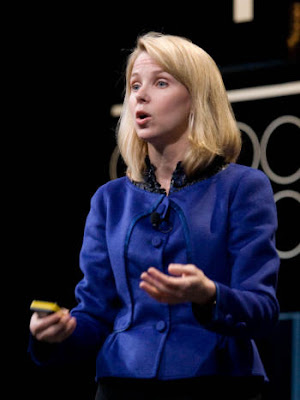 But she seems surprised that with such publicity comes criticism. According to Mayer, the reason why she draws negative press is because of sexism and stereotypes:

I think it's very comforting for people to put me in a box. ‘Oh, she's a fluffy girlie girl who likes clothes and cupcakes. Oh, but wait, she is spending her weekends doing hardware electronics.' 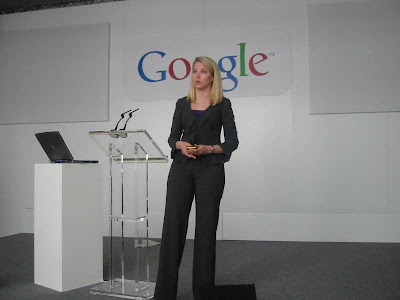 It's true that San Francisco, the last mainstream publication to profile her, focused on her most girly habits. But that has nothing to do with why so many rank-and-file Googlers outside the company's cloistered management despise Mayer.

To grasp that, it helps to understand Google's grandiose self-image: The company's spoiled engineers are led to believe they work in the most perfect meritocracy of ideas that the world has ever seen, motivated by the betterment of mankind through technology. At Google, the theory goes, who you are and who you know doesn't matter. It's only your ideas that count. 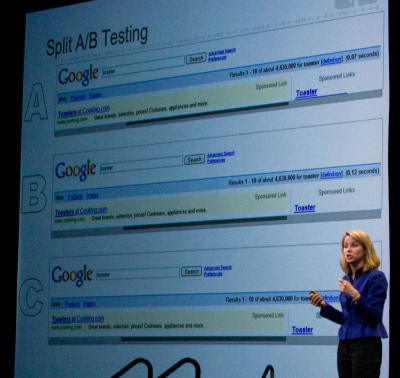 And yet, as the Times profile reveals, the real source of her power is the ability to manipulate Schmidt, Page, and Brin:

" Given her longstanding relationship with Google's founders and Mr. Schmidt, she has become something of a sounding board for other managers, a number of whom routinely gravitate to her office.

At the end of a recent day, she met with two senior executives, Joe Kraus and Sundar Pichai, to discuss the company's social networking projects. Many executives at Google believe that social networking is important to its future. Ms. Mayer was meeting with Mr. Kraus and Mr. Pichai to help them prepare for a meeting the next day with Mr. Schmidt, Mr. Brin and Mr. Page to discuss how the company could leverage information-sharing among Google's many services.

"It's important you pregame Eric or it will be a disaster," Mr. Pichai tells Ms. Mayer about the pending meeting, asking her to seek Mr. Schmidt's support on their behalf.

"I know, I know," she responds. "I will call him or write an e-mail. I want them to see how complicated this will be."

Ms. Mayer e-mails Mr. Schmidt that evening. At the meeting the next day, Mr. Pichai's and Mr. Kraus's ideas are approved

The Times article does not mention a key reason why Mayer has such influence: Early in the company's history, she dated Page. (He is now married, and Mayer is engaged to Zack Bogue, a real-estate investment manager and lawyer.)

In dictating the appearance of Google's Web pages, Mayer freely admits she makes subjective decisions. In more than a decade on the job, she has not yet codified her design instinct into a written style guide. Instead, Mayer's whims, which managers under her must make a study of, are what rule.

Mayer may be talented. But her personal ties to Google's top management and her exerscise of arbitrary power are a betrayal of Google's supposedly meritocratic values — a betrayal obviously tolerated at the very top of the company. That, and not her spending time putting cupcake recipes in spreadsheets, is what exasperates her fellow Googlers. 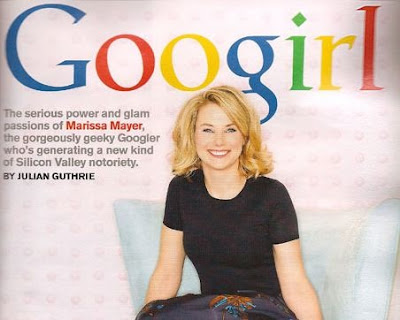 That, and her perfectionist streak. Look at how Mayer dismisses a potential hire over a single bad grade:

" One candidate got a C in macroeconomics. "That's troubling to me," Ms. Mayer says. "Good students are good at all things."

Another candidate looked promising with a quarterly rating from a supervisor of 3.5, out of 4, which meant she had exceeded her manager's expectations. Ms. Mayer is suspicious, however, because her rating hasn't changed in several quarters.

"She is looking for a way out," Ms. Mayer says.

Mayer complains that the media has not examined her life deeply:

Besides, Ms. Mayer says, there are some things that she hasn't previously revealed about herself and that the media have overlooked. Like her self-described athletic prowess.

"It hasn't shown up anywhere that I am really physically active," she says. "I ran the San Francisco half marathon this year. I did the Portland marathon. I went skiing just yesterday. I'm going to do the Birkebeiner, which is North America's longest cross-country ski race. That just shows you how much there are gaps."

Ah yes, the Portland Marathon, in which Mayer placed 7,074th out of 7,862 contestants. Or the Birkebeiner ski race, in which she placed dead last in the women's competition. Good students are good at all things.

Did she really mean to invite media scrutiny of her athletic career? What's really telling about it: In the handful of times where Mayer has competed on her own, without the backing of a billionaire ex-boyfriend and a pliant boss, she has proven to be an outright failure.

At the beginning of the piece, Mayer once again denies rumors of her impending departure from Google — rumors which Valleywag first reported. Perhaps she has realized that without Google, she's nothing. Can you blame her for clinging to her job?