The more we look among the stars and galaxies, the weirder things seem to get.

Even space itself is puzzling, for example. Recent studies suggest that the fabric of the universe stretches more than 150 billion light-years across -- in spite of the fact that the cosmos is 13.7 billion years old.

From super-fast stars to the nature of matter, here we cover other strange and mysterious elements of the universe. 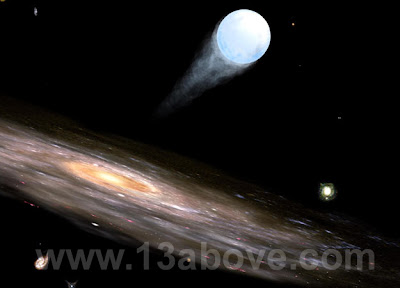 If you've ever gazed at the night sky, you've probably wished upon a shooting star (which are really meteors).

But shooting stars do exist, and they're as rare as one in 100 million.

In 2005, astronomers discovered the first "hypervelocity" star careening out of a galaxy at nearly 530 miles per second (10 times faster than ordinary star movement).

We have ideas about what flings these rare stars into deep space, but aren't certain; anything from off-kilter supernova explosions to supermassive black holes might be responsible. 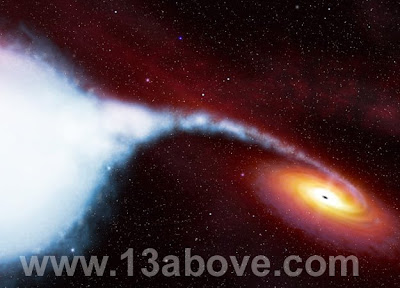 Speaking of black holes, what could be stranger?

Beyond a black hole's gravitational border -- or event horizon -- neither matter nor light can escape. Astrophysicists think dying stars about three to 20 times the mass of the sun can form these strange objects. At the center of galaxies, black holes about 10,000 to 18 billion times heavier than the sun are thought to exist, enlarged by gobbling up gas, dust, stars and small black holes.

What about mid-sized types? Perhaps surprisingly, evidence is both scarce and questionable for their existence. 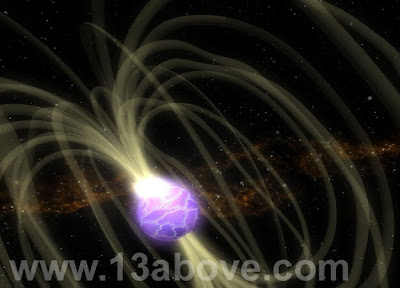 The sun spins about once every 25 days, gradually deforming its magnetic field.

Well, imagine a dying star heavier than the sun collapsing into a wad of matter just a dozen miles in diameter.

Like a spinning ballerina pulling his or her arms inward, this change in size spins the neutron star -- and its magnetic field -- out of control.

Calculations show these objects possess temporary magnetic fields about one million billion times stronger than the Earth's. That's powerful enough to destroy your credit card from hundreds of thousands of miles away, and deform atoms into ultra-thin cylinders. 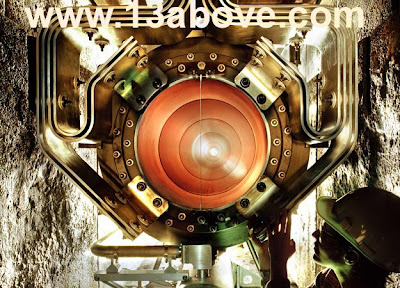 Pull out a dime from your pocket and hold it up for a second... guess what? About 150 billion tiny, nearly massless particles called neutrinos just passed through it as though it didn't even exist.

Scientists have found that they originate in stars (living or exploding), nuclear material and from the Big Bang. The elementary particles come in three "flavors" and, stranger still, seem to disappear on a whim.

Because neutrinos occasionally do interact with "normal" matter such as water and mineral oil, scientists hope they can use them as a revolutionary telescope to see beyond parts of the universe obscured by dust and gas. 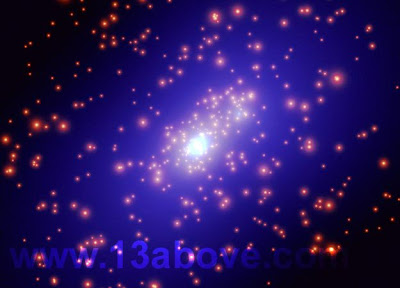 If you put all of the energy and matter of the cosmos into a pie and divvy it up, the result is shocking.

All of the galaxies, stars, planets, comets, asteroids, dust, gas and particles account for just 4 percent of the known universe. Most of what we call "matter" -- about 23 percent of the universe -- is invisible to human eyes and instruments.

Scientists can see dark matter's gravitational tug on stars and galaxies, but are searching feverishly for ways to detect it first-hand. They think particles similar to neutrinos yet far more massive could be the mysterious, unseen stuff. 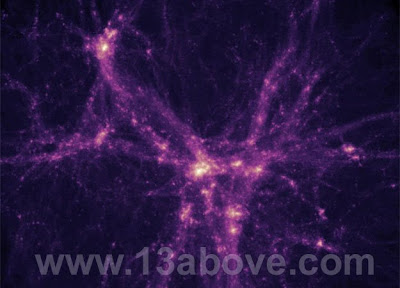 What really has everyone on the planet confused -- including scientists -- is dark energy.

To continue with the pie analogy, dark energy is a Garfield-sized portion at 73 percent of the known universe. It seems to pervade all of space and push galaxies farther and farther away from one another at increasingly faster speeds.

Some cosmologists think this expansion will leave the Milky Way galaxy as an "island universe" in a few trillion years with no other galaxies visible.

Others think the rate of expansion will become so great that it will result in a "Big Rip." In this scenario, the force of dark energy overcomes gravity to disassemble stars and planets, the forces keeping particles sticking together, the molecules in those particles, and eventually the atoms and subatomic particles. Thankfully, humankind probably won't be around to witness to cataclysm. 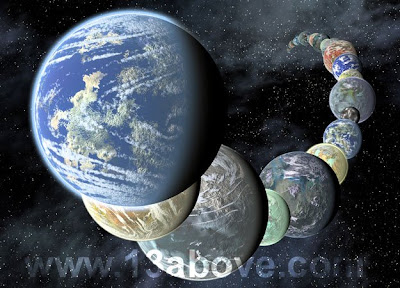 It might sound strange because we live on one, but planets are some of the more mysterious members of the universe.

So far, no theory can fully explain how disks of gas and dust around stars form planets -- particularly rocky ones.

Not making matters easier is the fact that most of a planet is concealed beneath its surface. Advanced gadgetry can offer clues of what lies beneath, but we have heavily explored only a few planets in the solar system.

Only in 1999 was the first planet outside of our celestial neighborhood detected, and in November 2008 the first bona fide exoplanet images taken. 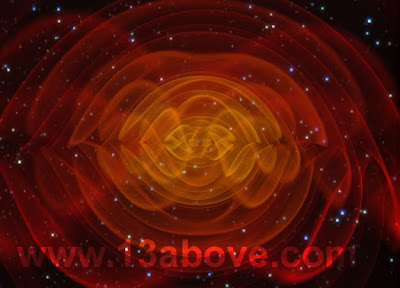 The force that helps stars ignite, planets stay together and objects orbit is one of the most pervasive yet weakest in the cosmos

Scientists have fine-tuned just about every equation and model to describe and predict gravity, yet its source within matter remains a complete and utter mystery.

Some think infinitesimal particles called gravitons exude the force in all matter, but whether or not they could ever be detected is questionable.

Still, a massive hunt is on for major shake-ups in the universe called gravitational waves. If detected (perhaps from a merger of black holes), Albert Einstein's concept that the universe has a "fabric" of spacetime would be on solid ground. 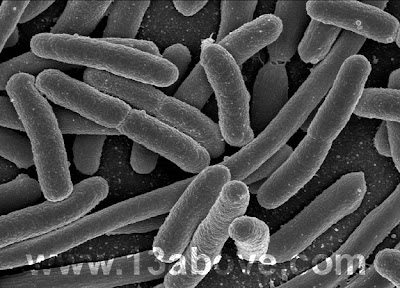 Matter and energy abound in the universe, but only in a few places is the roll of the cosmic dice perfect enough to result in life.

The basic ingredients and conditions necessary for this strange phenomenon are better understood than ever before, thanks to abundant access to life here on Earth.

But the exact recipe -- or recipes -- to go from the basic elements of carbon, hydrogen, nitrogen, oxygen, phosphorus and sulfur to an organism is a prevailing mystery.

Scientists seek out new areas in the solar system where life could have thrived (or still may, such as below the surface of watery moons), in hopes of arriving at a compelling theory for life's origins. 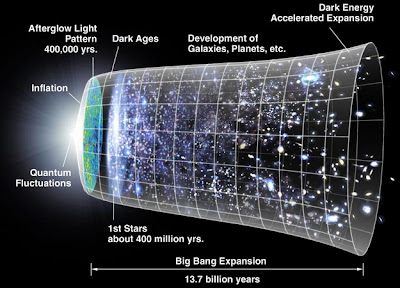 The source of energy, matter and the universe itself is the ultimate mystery of, well, the universe.

Based on a widespread afterglow called the cosmic microwave background (and other evidence), scientists think that the cosmos formed from a "Big Bang" -- an incomprehensible expansion of energy from an ultra-hot, ultra-dense state.

Describing time before the event, however, may be impossible.

Still, atom smasher searches for particles that formed shortly after the Big Bang could shed new light on the universe's mysterious existence -- and make it a bit less strange than it is today.

interesting thanks for such informative things

Reminds me of the 'Powers of 10' video: http://www.youtube.com/watch?v=A2cmlhfdxuY

I can't wait until we have more thinkers in these fields along with the resources to discover even more.
More Income