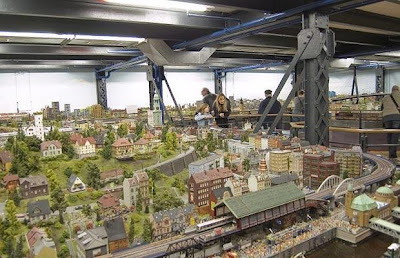 This is the world's biggest train set which covers 1,150 square metres (12,380 square feet), features almost six miles of track and is still not complete . 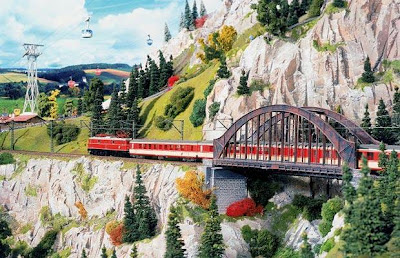 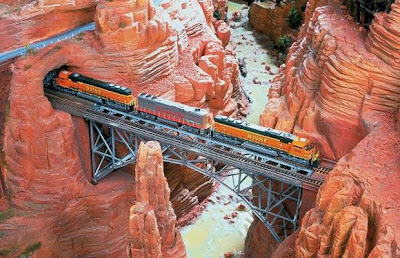 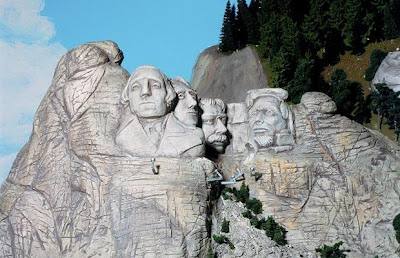 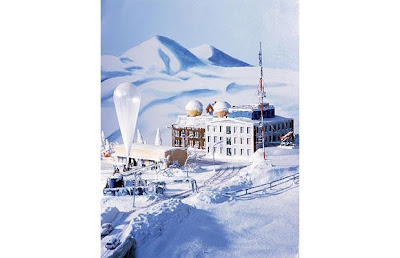 The Swiss section has a mini-Matterhorn . 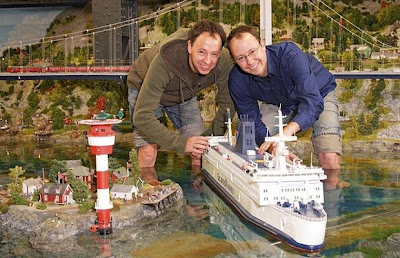 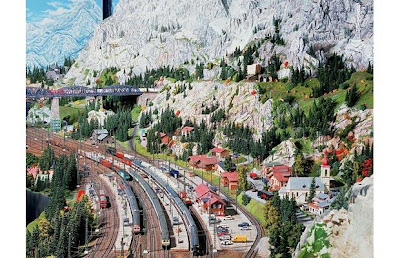 It is expected to be finished in 2014, when the train set will cover more than 1,800 square metres (19, 376 sq ft) and feature almost 13 miles of track, by which time detailed models of parts of France, Italy and the UK will have been added . 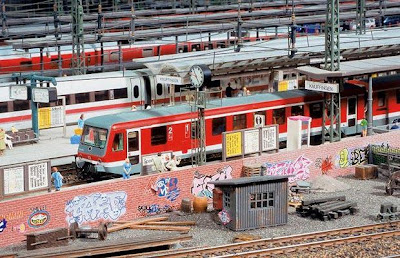 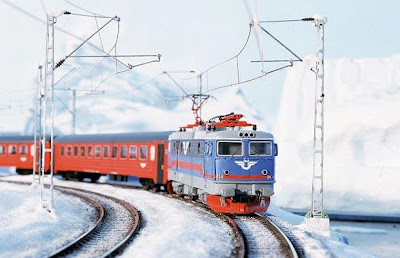 The longest train is 46ft long . 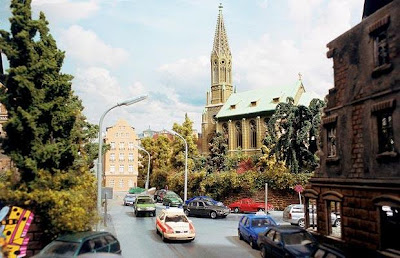 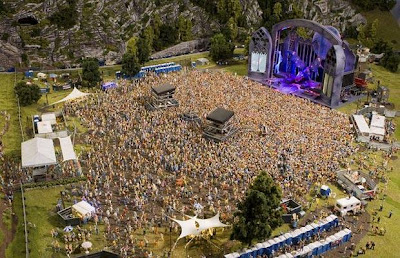 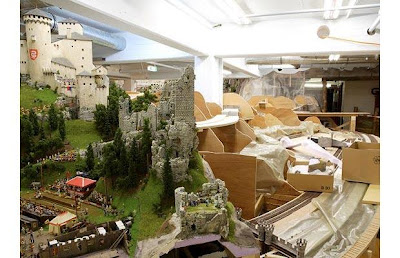 Thousands of kilograms of steel and wood was used to construct the scenery... 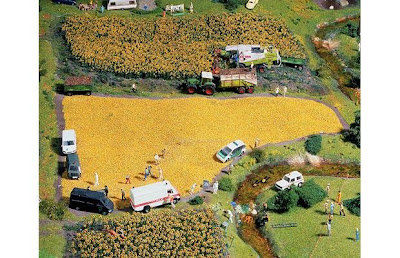 along with 700kg of artificial grass . 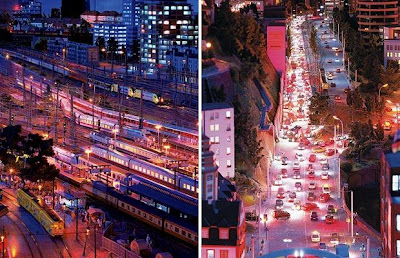 The 250,000 lights are rigged up to a system which mimics night and day by automatically turning them on and off . 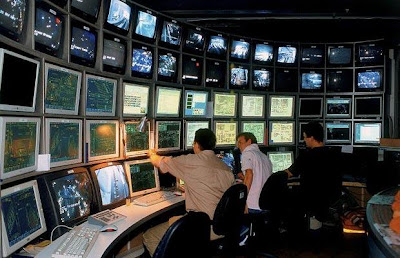 The whole system is controlled from a massive high-tech nerve centre . 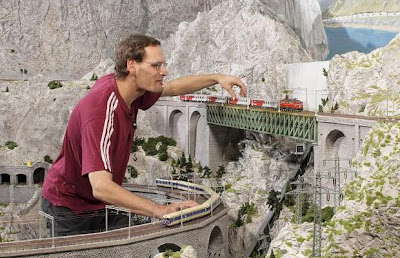 Twin brothers Frederick and Gerrit Braun, 41, began work on the 'Miniatur Wunderland' in 2000 . 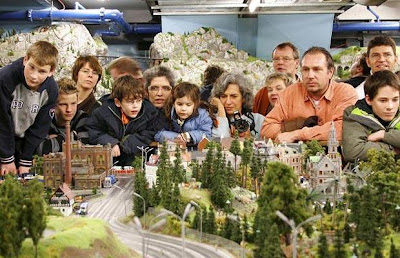 The set is on display to the public and is so big that they employ more than 160 people to show visitors around their creation . 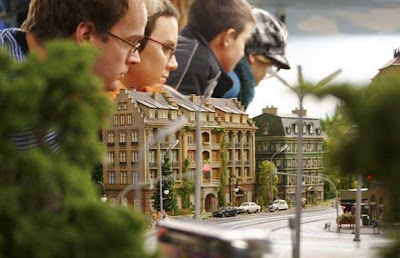 In total the set has taken 500,000 hours and more than £8 million to put together, the vast majority of which has come from ticket sales . 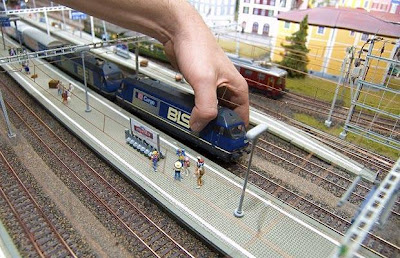 Gerrit said: "Our idea was to build a world that men, woman, and children can be equally astonished and amazed in" 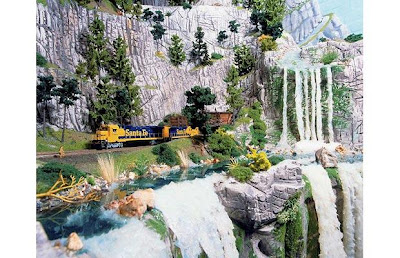 Frederik added: "Whether gambling in Las Vegas, hiking in the Alps or paddling in Norwegian fjords - in Wunderland everything is possible" . 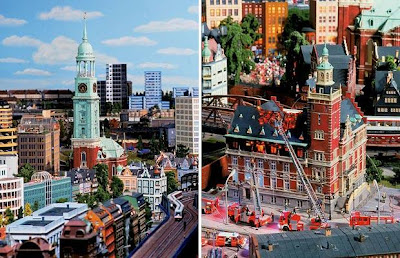 It isn't just a model railway, but a world which invites the visitors in different ways to dream and discover" . 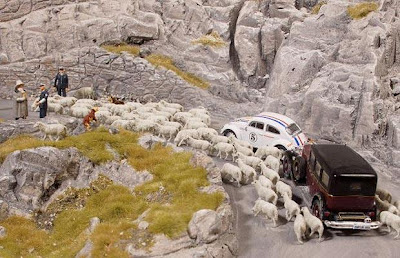 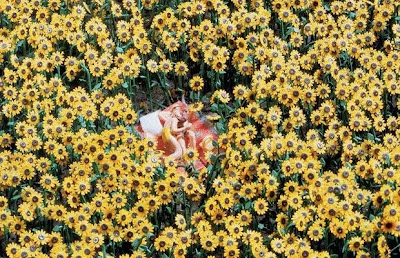 ....or a couple on a blanket in a field of sunflowers . 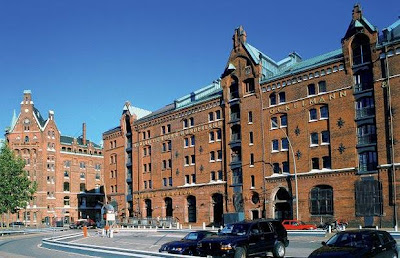 The Miniatur Wunderland is located next to the River Elbe in the Speicherstadt area of Hamburg, Germany