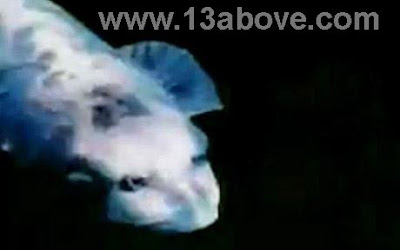 A fish with a human face is making waves in South Korea. The 'humanoid' carp are attracting attention in the town of Chongju, South Korea.

The "humanoid" carp are attracting attention in the town of Chongju in the centre of the country where they live in a small pond.

They are believed to be hybrid descendants of two carp species – the carp and the leather carp, also known as a tangerine fish.

Both fish are females and more than three feet long. They appear to have distinctive human noses, eyes and lips.

The fish live in a pond behind the home of a 64-year old South Korean man and have been there since 1986 although their looks are only just starting to attract attention.

"My fish have been getting more and more human for the past couple of years," the owner said.

He added that he knows of other fish with similar features, and as they are both females it will be impossible for them to breed and have fish-faced offspring.

This is the second time in recent months that carp have made headlines in Asia. Last November a shoal of the fish in Changsha, in China's Hunan Province turned on a duck who landed on their lake looking for food.

The Koi carp took exception to the intruder and fought back, bunching together into a seething mass to assert their authority, forcing the duck to fly away.

Visit 13above For More Fun
Posted by Editor John at Wednesday, March 04, 2009