Mother Teresa in a bun ! , Jesus in the clouds ! , and Virgin Mary in a sandwich !. What is actually happening I really didn't know !! People started believing their God in everywhere and in every place. Check down this amazing list of Holy figures !!! 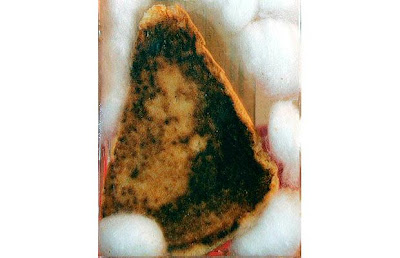 A grilled cheese sandwich that supposedly bore the image of the Virgin Mary was bought by GoldenPalace.com, an online casino, for $28,000 on eBay in November 2004 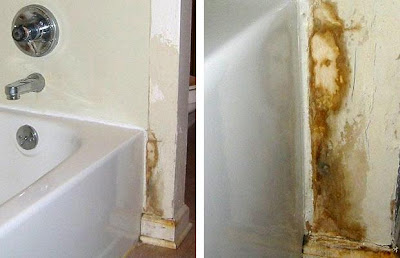 GoldenPalace.com also bought a water-stained piece of plaster from a Pittsburgh man's bathroom that was said to look like Jesus Christ. Their winning bid on eBay was $1,999.99 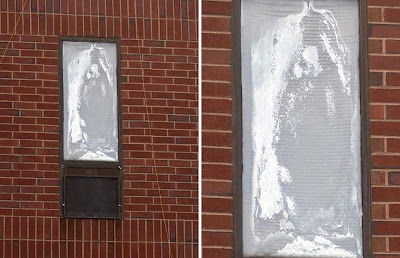 What some believed to be an image of the Virgin Mary created from condensed water between two windowpanes, drew crowds to the Milton Medical Center in Boston, Massachusetts, in June 2003 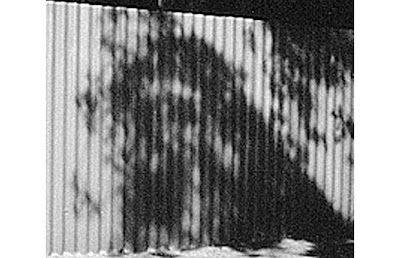 In October 2000, locals flocked to see a shadow cast by a streetlight shining through a tree forming what was believed to be a vision of Christ on the fence of a local caravan park in Port Germein, north of Adelaide, Australia 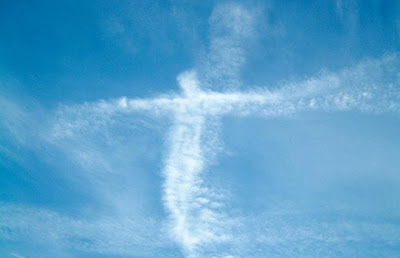 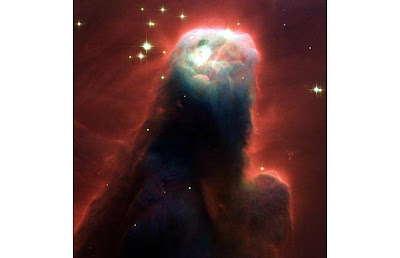 When NASA released pictures of the Cone Nebula taken by the Hubble telescope in April 2002, many people claimed it was an image of Jesus 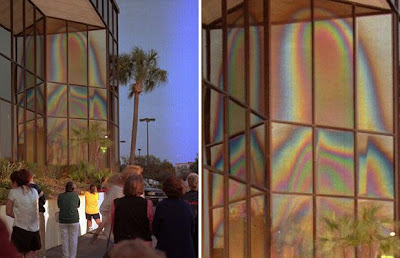 Hundreds of people gathered in Clearwater, Florida, in December 1996, to witness what they believed to be a sighting of the Virgin Mary 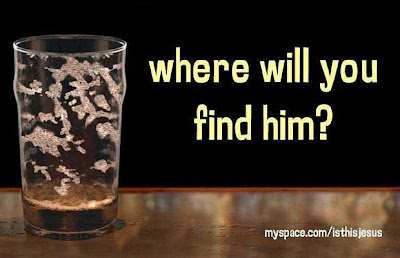 In 2006, the Church got into the act with this advertisement, featuring the face of Jesus as a 'miraculous' apparition on a beer glass, which was the centrepiece of a campaign to encourage church-going at Christmas 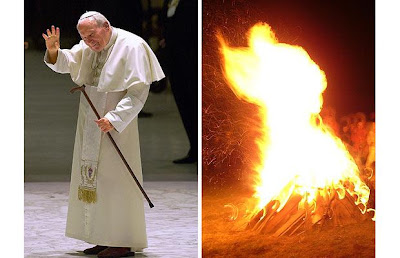 A bonfire which locals believed resembled the silhouette of late Pope John Paul II making a blessing, was seen in a picture taken by amateur photographer Grzegorz Lukasik, on Matyska mountain in Poland, on April 2, 2007, during a vigil marking the second anniversary of the Polish pope's death. Data on Lukasik's digital camera says the picture was taken at 21.37:30, exactly the hour when the pope died 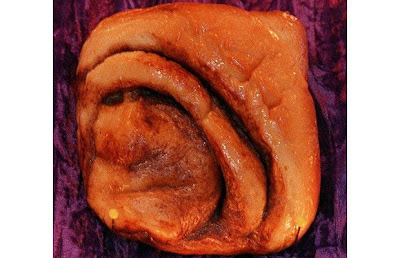 The 'Nun Bun': a cinnamon bun that apparently bore the likeness of Mother Teresa, was made famous by the Bongo Java coffeehouse in Nashville, Tennessee. The bun was later stolen 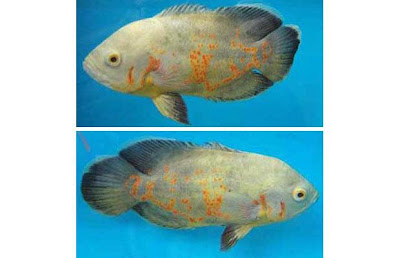 This Oscar fish was found in an aquarium in Rossendale, Lancashire. It supposedly bears the word 'Mohammed' on one side and 'Allah' on the other 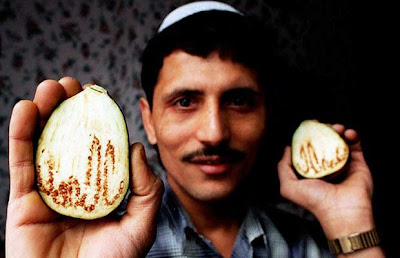 Salim Patel holds up an aubergine which sparked cries of 'miracle' in Daubhill, Bolton, in March 1996, after he cut it in half to discover the name 'Allah' inside. 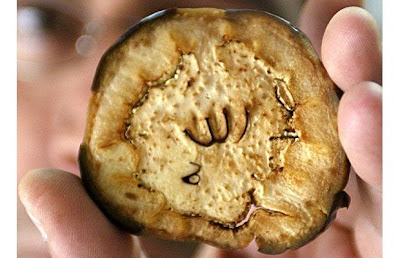 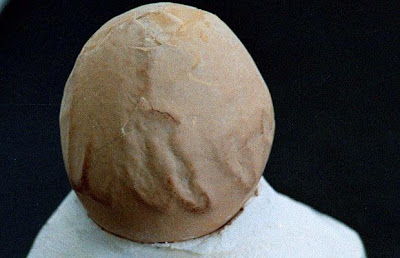 An egg with a series of mottled brown ridges that appeared to spell out 'Allah' in Arabic, was photographed in Cape Town in January 1998 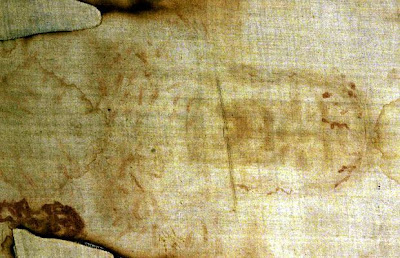 The grandaddy of all holy apparitions is the Shroud of Turin, the 14-foot-long linen revered by some as the burial cloth of Jesus... 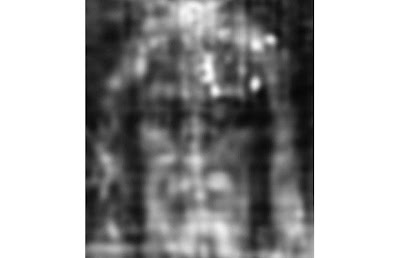 X-Rays of the shroud show what is claimed to be the image of the face of Jesus Christ.

Few day before I have posted this same but some different images in 13above. Check out that list also at HERE