Jumping spiders, a striped gecko and a chirping frog are among more than 50 new species discovered in Papua-New Guinea.

The environmental group Conservation International found the species during an expedition to the country's highlands wilderness in July and August last year. 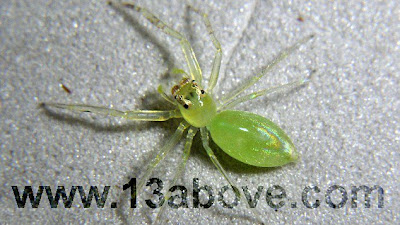 Orthrus is a green jumping spider species that is new to science.. 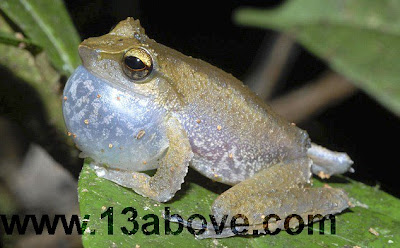 A Litoria frog, which uses a loud ringing song to call for a mate

A total of 50 spider species, two plants, three frogs and one gecko found on the expedition are believed to be new to science.

One new find is a bright green jumping spider labelled Orthrus. Jumping spiders can leap at least six inches. They don't have big legs for jumping because they use blood pressure to snap their legs straight, propelling them forward.

The three frogs include a tiny brown frog with a sharp chirping call, a bright green tree frog with big eyes and a torrent-dwelling frog that has a loud ringing call. 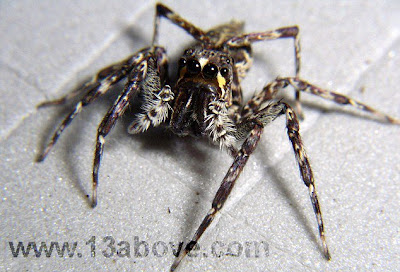 This spider, called Tabuina varirata, was found on a conifer tree in a rainforest clearing 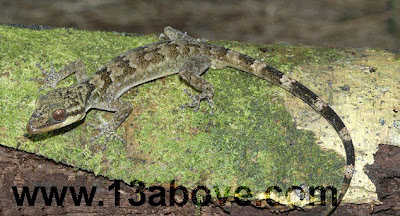 Much of Papua New Guinea’s vast wilderness remains unexplored by scientists. CI is planning three more expeditions to the country in 2009 with the first beginning in early April.

A Conservation International spokesman said: 'The report will provide information for decision makers trying to balance development with protecting biodiversity that benefits local communities and the global ecosystem.' 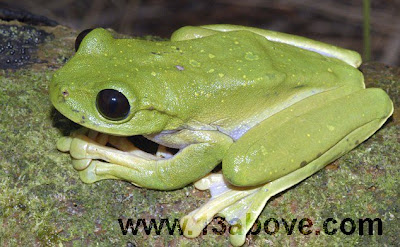 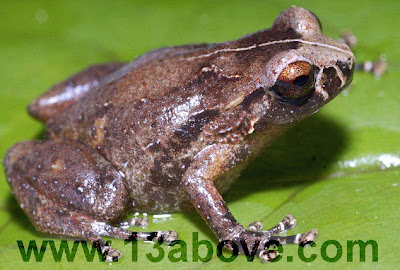 Oreophryne: A tiny frog species with a sharp chirping call believed to be new to science